Experts warn far-right victories in the elections in seven regions could further fracture the Democratic Party. 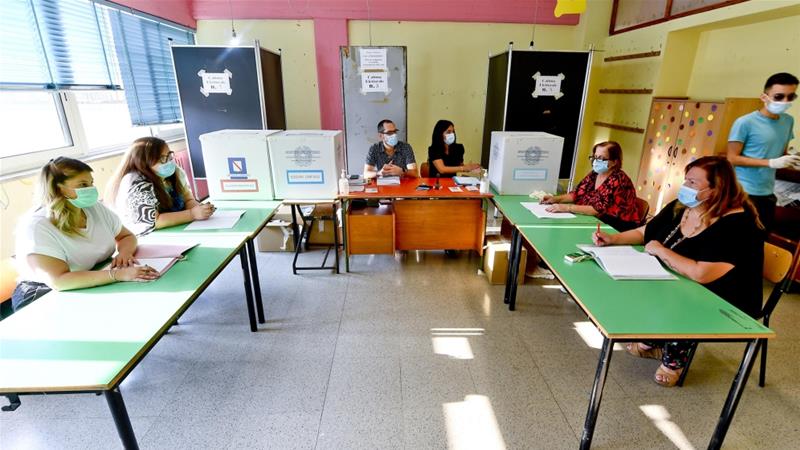 Italy’s far-right conceded defeat after a fierce battle in the country’s regional elections for the left-wing bastion of Tuscany, providing a significant boost for the fragile national government.

The two-day vote went ahead despite a threatened resurgence of the coronavirus in Italy, which is now registering more than 1,500 new cases daily.

Ballots were cast nationwide for a referendum on cutting Parliament numbers, which passed easily.

But all eyes were on elections held at the same time in Campania, Liguria, Marche, Puglia, Tuscany, Valle d’Aosta and Veneto.

“It’s an extraordinary victory,” the region’s centre-left candidate Eugenio Giani said on Monday as far-right chief Matteo Salvini admitted “we knew it would be an extremely difficult fight”.

Experts had warned a flurry of far-right victories in the elections in seven regions could further fracture the brittle national governing coalition of the centre-left Democratic Party (PD) and its governing partner, the anti-establishment Five Star Movement (M5S).

The highest-profile battle was for Tuscany, governed by the left for 50 years.

The PD only narrowly frustrated a League bid in January to take Emilia Romagna, one of its biggest strongholds.

A win in Tuscany would have bolstered the right’s claim that the uneasy coalition – not elected, but installed after the previous government collapsed – was politically weak, and Italy’s president should bring forward the 2023 national election.

The left also easily held Campania in the south. The right triumphed instead in its strongholds of Veneto and Liguria, as well as taking Marche.