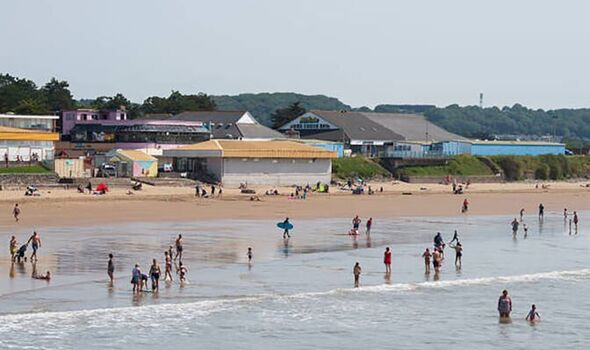 The huge development would transform an area near a popular funfair, park and beach in Porthcawl, south Wales, a town which relies on tourism. A new road and either a new school or an extension to an existing school are also proposed but residents largely believe the changes will be “harmful to the community” and pose a threat to the tourism industry.

Brian Jones, who is a member of Porthcawl Town Council, said: “There’s a lot of space here and I want to make sure it is used properly for something that benefits all the people of Porthcawl. At the moment I don’t think it does that as not enough thought has gone into the proposal.

“There are already big issues with parking in Porthcawl so to add another 900 homes here without proper consideration of parking and other amenities could be quite harmful to the community. There is also the potential for a new road system to cut through the lower half of Griffin Park taking away much needed leisure facilities in the tennis courts, veterans hut, and local bowls club.

“You also have to consider the Hi Tide caravan park in Sandy Bay, one of the biggest employers in the town, who could be greatly affected by such a development right next to them.

“Personally I would like to see a wet weather leisure facility introduced to make Porthcawl a-year-round tourist destination, though either way these plans will change the area entirely so I just hope people make their voices heard throughout the consultation period.”

Almost 20 acres of land are on the table for appropriation, Wales Online reports.

One resident stressed that the space could be used differently.

She wrote on Facebook: “It’ll kill tourism. Porthcawl is famous for its old attractions, like the funfair.”

Francesca Dower, managing director of the Hi Tide caravan park, said she would like to see more done to encourage tourism in the town instead of so many houses.

She said: “We understand that there is a need for housing in the area, but not to the degree that is set out in this proposal. Porthcawl is a seaside town, and the people that keep the shops and town afloat are the tourists who come here for six or seven months of the year.

“It could even be ten or eleven months a year if it was managed and developed properly so that’s what we want to see with this. This company has been owned by my family since 1947, and we’ve had three generations of hard work to make Porthcawl a destination. We want this to be a busy and bustling tourist town in the summer months that will sustain shops and industry year round.

“We also know people still want to come to the seaside and engage in seaside activities, so it’s not just about what the council wants, but what the people want as well.”

Mike Clarke, who has lived in the town for nearly 30 years, believes that without the people of the town at the forefront of the plans, they will not be as successful as they could be.

He said: “We can understand that there is going to be a big regeneration in this area of Porthcawl, but we want to make sure that groups like the veterans and those who use the tennis courts are made a part of the arrangement, with similar spaces and facilities allocated. Obviously we have seen the proposal for new houses and a road system but at the moment there seems to be very little planned to maintain the leisure and tourism facilities here.

“This is a beautiful park that is well used by a number of visitors and residents, so I think the idea of the road going through it will be very unpopular. Hopefully the people of the town are listened to in the coming months, and the arrangements made are good for everyone.”

Porthcawl Veterans hut will be demolished to make way for a new road system under the proposals if they go ahead.

Caroline Jones, chair of the hut, said: “Porthcawl is a town that has always had a strong connection to our veterans and if these plans were to go ahead, I think they could be greatly affected. We need to have a self-contained building here, and when we thought about regeneration we had hoped that the veterans building, which is currently out of use because of damage to the floors, would be repaired for them to go back to.

“Instead it looks as though this whole section of the park could make way for a new road system, taking away the hut and the tennis courts that are next to it. It’s really worrying for us as we don’t want veterans from Porthcawl and the surrounding areas to be neglected. If the building is removed we need to know what provision will be put in place for them and the other groups that use it.”

Councillor Neelo Farr, Bridgend Council’s cabinet member for regeneration, says the plans “represent an exciting and important step in unlocking the potential of the waterfront area”.

He said the homes would support the construction of a new Aldi store also planned for Porthcawl.