Prince Harry and Meghan Markle were confirmed to have agreed to a multi-million production deal with Netflix in September. Royal commentators suggested the move was part of the Duke and Duchess of Sussex’s strategy to put an end to the financial dependence from the Royal Family. But in light of the release of the controversial fourth season of Netflix’s hit series The Crown, Prince Harry was hit with the accusation of being “disloyal” towards his own family.

Speaking to talkRADIO, Harry’s biographer Angela Levin said: “Actually doing what I think is so disloyal and rude, and that is taking money from a company like Netflix.

“It knows exactly that it’s going to get its pint of blood out of somebody when they offer a lot of money.

“When you know the same company is ridiculing his father, his mother, and his grandfather.”

The Crown producers have come under fire for taking a lot of liberties in recounting the history of the Royal Family in the last instalment of the series, which is set between 1979 and 1989.

JUST IN: Meghan Markle’s father ‘quite rightly’ not told ‘confidential’ reason behind postponement 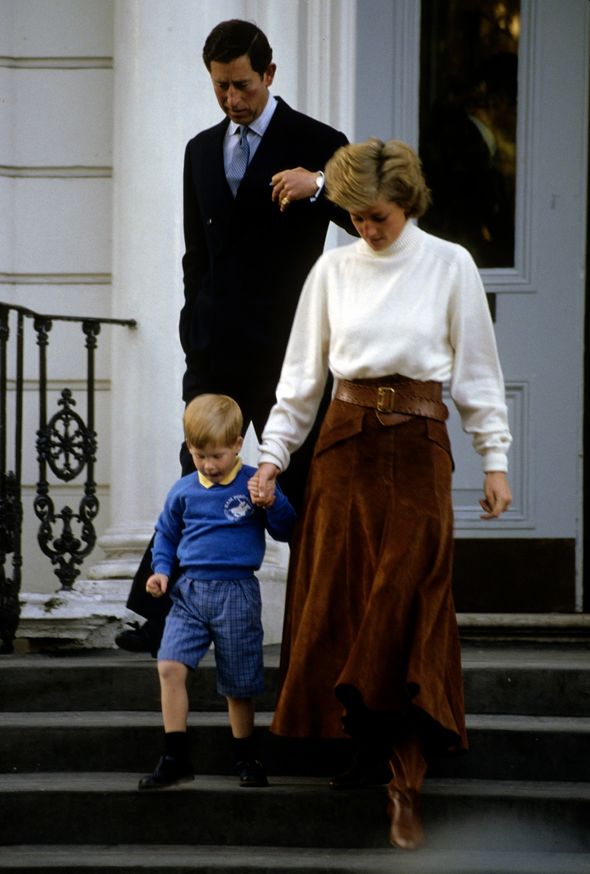 Ms Levin especially questioned Prince Harry’s decision to collaborate with the content platform after the controversial depiction of his late mother, Princess Diana.

The royal biographer continued: “He still claims he hasn’t gotten over his mother, and how can you when you’ve got such an amazing mother like Diana?

“Obviously, quite an extraordinary young woman and yet, he’s going to be involved in something taking the mickey.

“We saw her dressed up like Puck in Midsummer’s Night Dream, hiding behind little bushes at Althorpe House.”

READ MORE: Prince Charles’ staff ‘have to forgo lunch’ due to his unusual diet regime 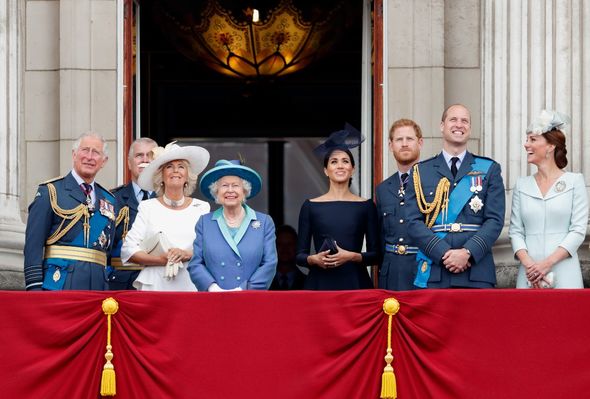 She added: “It was so patronising, it was so awful, it’s not how they met. It’s completely wrong.”

Other royal commentators have also suggested his recent agreement with Netflix will leave him facing an “awkward” situation with the Queen and Prince Charles because of their depiction in the series.

Penny Junor said: “I think Harry will find himself in a very awkward situation right now. “It is yet another example, perhaps, of how difficult it is to mix being royal with the commercial world.

“There are bear traps everywhere. I would guess that William is very angry about this latest series of The Crown. And be deeply upset on behalf of his family. As will Harry.

“It is a grotesque and deeply unfair portrayal of their father, mother and stepmother, and of the wider family, including, of course, their grandparents whom they love dearly.”

But despite the potential royal backlash, expert Richard Fitzwilliams claimed neither Prince Harry nor Meghan Markle will see their deal with Netflix affected.

Mr Fitzwilliams said: “I believe you certainly won’t find their deal is in any way affected by this.

“I strongly suspect they will not have a problem with the Royal Family being portrayed as dysfunctional and flawed.”

The creators of The Crown have also defended their right to artistic licence. The show employs researchers but Peter Morgan, creator of The Crown, defended his right to creative freedom.

Defending The Crown allegedly inventing some parts of the story, Princess Diana’s former butler claimed: “This is a dramatisation, it is not a documentary of the Royal Family, it is a screenplay. What Peter Morgan has tried to do, and sensitively try to do, is align fact with his screenplay.”

The Palace is yet to comment on the show.