Meghan Markle grilled over 'sense of duty' by Angela Levin

The Duchess of Sussex, who portrays herself as a woman full of ambition in her Spotify podcast, cannot wrap her head around what it takes to be a good working member of the Royal Family, royal biographer Angela Levin says. In the first episode of her new podcast, Meghan Markle regrets that “ambition is a terrible thing for a woman according to some”, as she had not realised the “negative connotation” associated with the term ambitious “until I started dating my now husband”. However, Ms Levin argues being a royal member does not take ambition but duty.

Speaking on TalkTV, she said: “The thing is she had every possible aid and help and offer to do good work with the Commonwealth all around – and still not enough.

“She doesn’t go there to show how clever she is. She has done sort of quietly, Catherine.”

Ms Levin then went on to cite the Duchess of Cambridge’s work in a charity dedicated to helping women and families affected by mental health challenges in her role as the Patron of the Maternal Health Alliance. 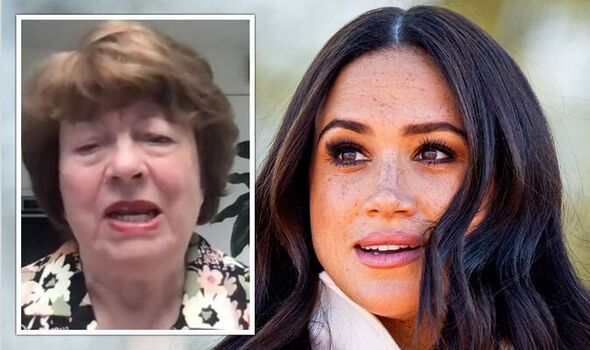 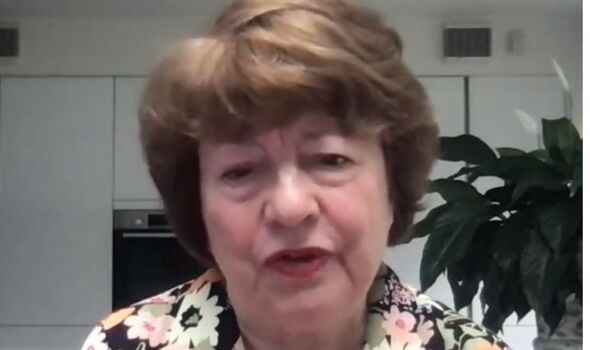 “Catherine has done wonders with her charity, helping with mental health issues and also talking about very young children if you catch them young and help their mothers, then it makes a big difference to the community – all those are very important,” Ms Levy said.

Turning to Meghan Markle, she said: “It’s not to put her on a pedestal but nothing is ever enough. She tries to become like everybody who’s wealthy. She’s got to attach herself to them.

“Serena Williams worked really, really hard to get to where she is. She’s done very well,” Ms Levis points out as the tennis player features in the first podcast episode. 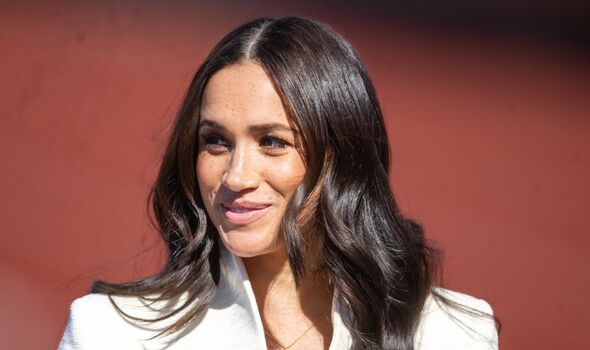 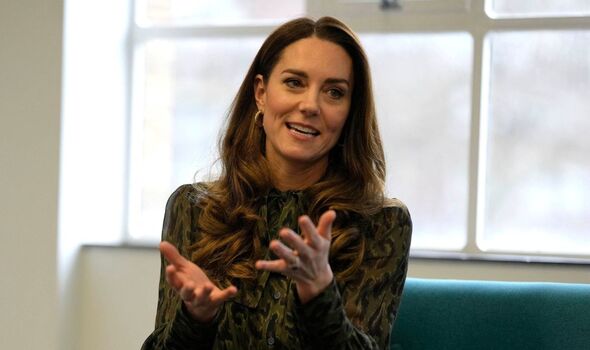 In her new long-awaited Archetypes Spotify episode released on Tuesday, Meghan Markle explores female stereotypes and all the “negativity” she has faced as a result of her ambition.

Joined by tennis Star Serena Williams, the Duchess of Sussex addresses the double standards women face when they are labelled “ambitious”.

In the episode entitled The Misconception of Ambition, the Duchess speaks about being branded “ambitious” when she started dating Prince Harry.

DON’T MISS:
‘You can hear how heartbreaking it was for her’ Meghan recounts fire.. [REPORT]
Royal POLL: Will you be listening to Meghan Markle’s podcast series? [POLL]
Meghan Markle’s ‘ulterior motive’ behind Spotify podcast – claim [CLAIM] 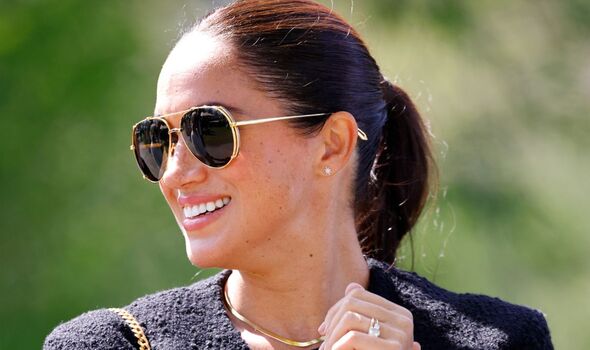 A second episode is coming out next week, with Maria Carey as a featured guest.

In the series, Meghan will investigate “the labels that try to hold women back”.

The Duchess will speak to historians and experts to “uncover the origin of these stereotypes and have uncensored conversations with women who know all too well how these typecasts shape our narratives”.

READ NEXT:
‘Not about you’ Meghan told she ‘may not be cut out for public life’
Meghan Markle told to respect the ‘pecking order’ over ambitious label
Meghan’s hilarious reaction to early reports of Harry romance mix-up
Three things we learned from Meghan Markle’s first podcast on Spotify
Dr Shola erupts in furious attack on ‘unhinged’ Piers Morgan