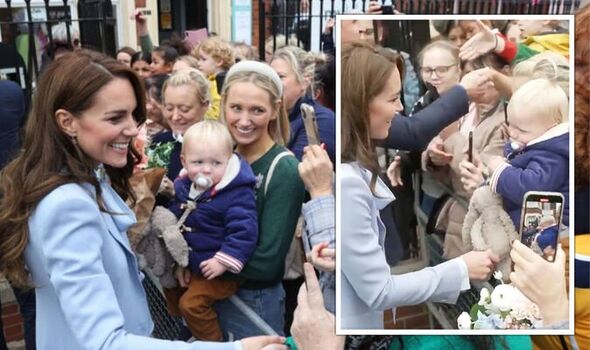 The crowd was warmly greeted by the Princess of Wales who came out of a charity in north Belfast. With ease, Kate talked to the crowd and thanked them for waiting on her and Prince william outside in the cold. As she directly approached a little baby, the public burst out in cheer. 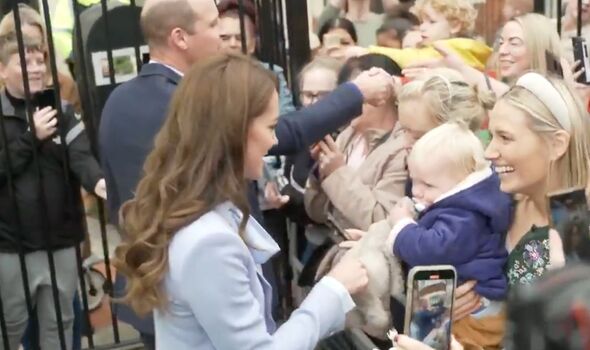 Upon noticing the royal fans waiting, the Princess of Wales did not wait for a second and greeted them.

“It’s so cold”, she told royal mourners, as thei had seemingly waited outside for a while. But she immediately warmed the crowd with her wide smile.

She approached a small baby whom she played with for a bit. The royal fans’ hearts were visibly melting looking at her gesture.

The baby’s mother then moved to hand her a bouquet. 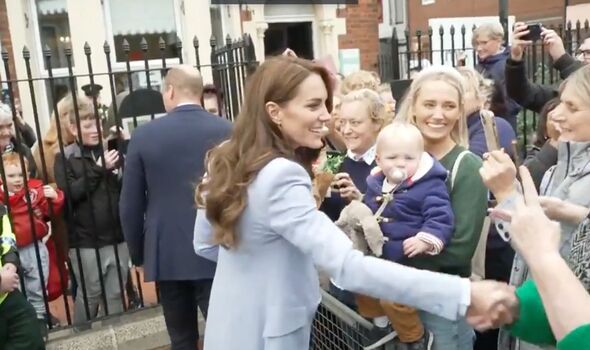 Upon receiving the present, Kate said, “Thank you. I really appreciate it.”

Prince William can then be seen joining Kate in greeting the couple.

In another heartwarming moment, the Prince of Wales addresses a small child: “How old are you?” 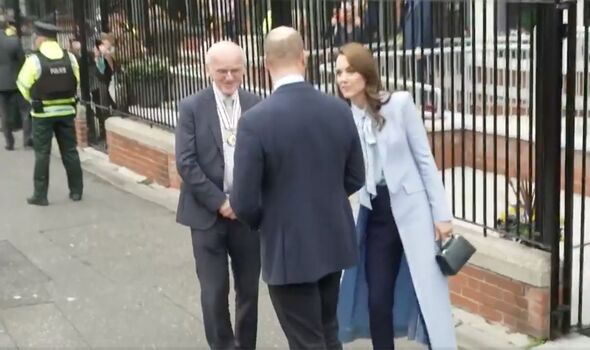 The Prince and Princess of Wales were visiting Northern Ireland for the first time since they took on their new royal roles following the Queen’s death.

As part of their engagements, the royal couples were touring shops and local businesses in Belfast city centre. 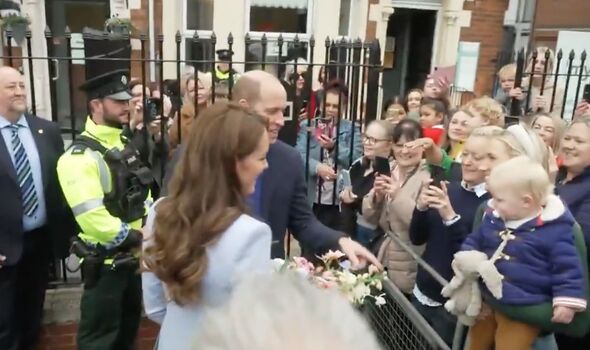