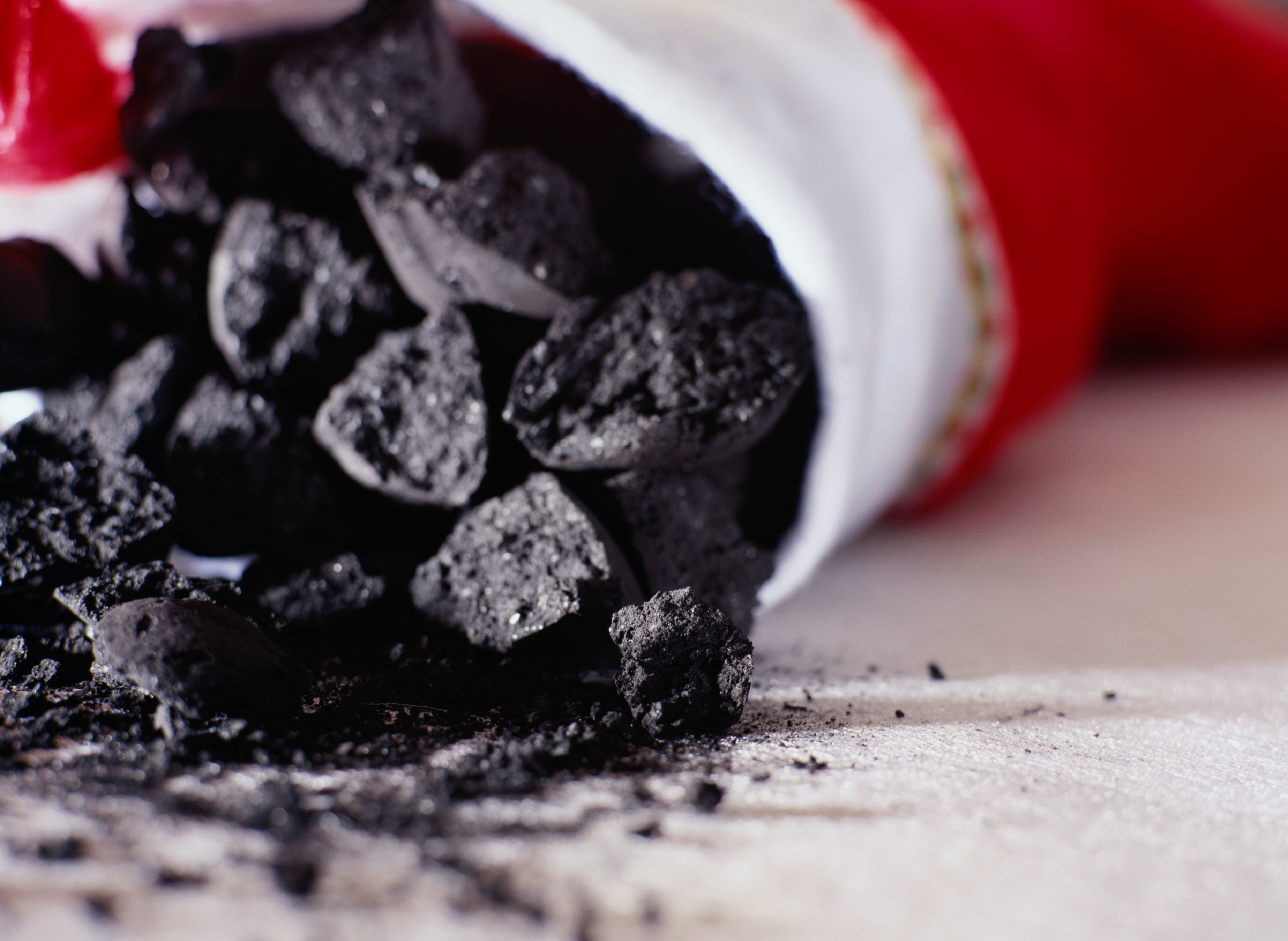 Children across the country are warned every year that Father Christmas will bring them nothing but lumps of coal if they’re naughty.

The sooty black rock has long been considered the antithesis of Christmas holiday joy. But, perhaps it’s time to retire the tradition.

That’s the argument from paediatrician Tamsin Holland Brownn who has published an opinion piece in the British Medical Journal’s Christmas edition.

With input from her daughters Lilac and Marigold, Tamsin points out coal is not only unhealthy for kids, but it should also be regarded for what it is: a non-renewable fossil fuel contributing to the climate change crisis.

‘It would be good for goodness’ sake if coal was left in the ground,’ she wrote.

‘Coal gifted as punishment for supposedly naughty children is perpetuated on social media (see #coalforchristmas), and lumps of coal are widely available from major online retailers to encourage this practice.’

She continued: ‘Giving children coal at Christmas as punishment will not improve so-called naughty behaviour, and it could have a negative impact on mental wellbeing.

‘The suggestion that children on the naughty list only deserve coal is outdated and potentially harmful to the environment and children’s health. Making or choosing gifts that connect children to people of all ages, nature, and animals can foster emotional, physical, and mental wellbeing over the festive season and could make a lifetime of difference.’

Where does the coal tradition come from?

Much like the tradition of putting oranges or clementines in stockings, the origin of the idea of leaving a lump of coal instead is quite hard to trace.

Historian Sean Patrick Adams explains in his book Home Fires that the use and adoption of coal was only just beginning in the 1820s in domestic environments.

This dates to around the same time as the legend of St. Nick dropping gold coins down chimneys as a good deed.

Brian Horrigan of the Minnesota Historical Society suggests that the idea of putting coal in stockings would have originated from after this time, when coal was readily available in the fireside grates of homes: ‘Santa Claus comes down chimneys…and he needs something to give the bad kid. So he’s looking around and picks up a lump of coal, and sticks that into the kid’s stocking,’ Brian suggested.

‘My personal theory,’ Brain continued, ‘is that it has something to do with the ‘Christmas Carol’ and Ebenezer Scrooge, who, we all know, refused to give even a single lump of coal to Bob Cratchit, who was freezing in his office.’

A Christmas Carol is a novella written by Charles Dickens that was first published by Chapman & Hall in 1843.

Whether the legend originated from Santa’s quick thinking when looking for something to stuff in a stocking of a naughty child or if the tales comes from the pages of a Dickens novel is not known but what’s for sure is the number of children finding only coal waiting for them on Christmas morning this year will probably be very few if any at all.

Although the suggestion is a lighthearted one, Holland Brown’s science is spot on. Young people are reporting higher levels of climate anxiety than ever before and the UK is trying its best to reduce its reliance on coal.

So dropping one into a Christmas stocking, even as a joke, could probably be reconsidered from now on.