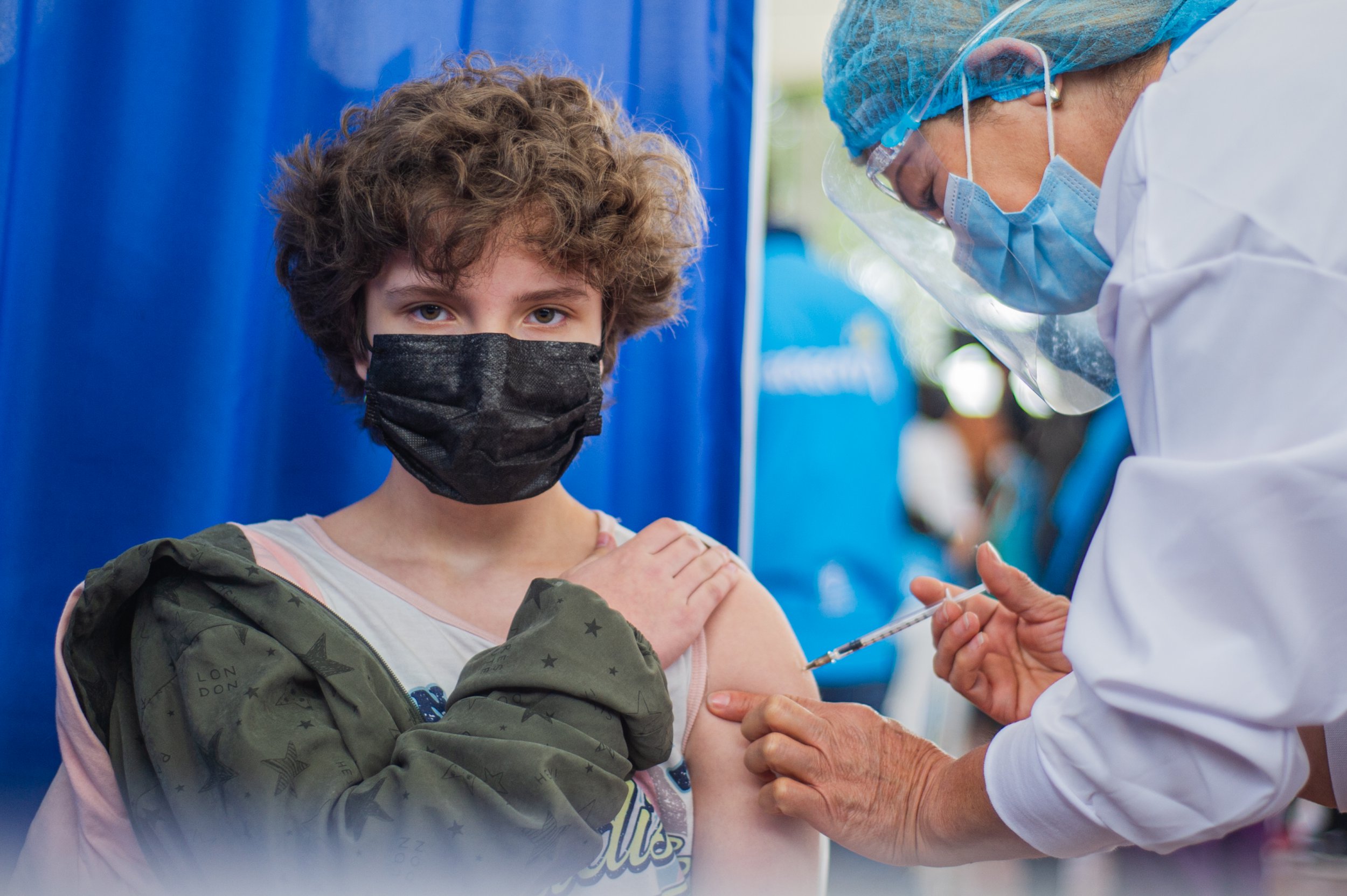 A leading Covid-19 expert has urged the government to press ahead with jabs for teens to prevent ‘a lot of disruption’ in schools this autumn.

The Joint Committee on Vaccination and Immunisation (JCVI) stopped short of formally recommending extending the roll out to all 12 to 15-year-olds yesterday.

Only children with underlying health conditions in that bracket are currently set to be called up for a vaccine after the body found ‘insufficient’ evidence for proceeding.

But the government could yet press ahead, with the JCVI paving the way for ministers and medical officials to weigh up the wider benefits.

Reports have suggested the programme could begin as early as next week.

Professor Chris Whitty and the three other chief medical officers in the UK are reviewing the impact on other measures like school absences before coming to a decision.

Professor John Edmunds warned there could be chaos in classrooms again without a wider rollout when schools return this month.

‘I think we have to take into consideration the wider effect Covid might have on children and their education and developmental achievements.

‘In the UK now it’s difficult to say how many children haven’t been infected but it’s probably about half of them, that’s about six million children, so that’s a long way to go if we allow infection just to run through the population, that’s a lot of children who will be infected and that will be a lot of disruption to schools in the coming months.’

Yesterday, Professor Wei Shen Lim, the JCVI’s chairman of Covid-19 immunisation, said the group’s view was that the benefits of vaccinating the age group ‘are marginally greater than the potential harms’.

But the review concluded that the benefits were ‘too small’ to support a universal rollout at this stage.

A large part of it focus was on reported side effects in younger people, including inflammation of the heart known as myocarditis.

A government source has suggested to the BBC they could still go ahead with the programme, saying: ‘We believe there is a strong case to vaccinate but await the advice of the chief medical officers.’

He said children’s health ‘is also affected by their social environment, by their ability to go to school, by what happens in the family and so there are broader factors as well’.

‘All the evidence is the rate of myocarditis, the inflammation of the heart muscle, and of pericarditis, is at least the same and probably significantly higher in that same population group if they get coronavirus.’

Health Secretary Sajid Javid wrote to the UK’s four chief medical officers asking them to carry out a fresh review of the evidence, looking at the ‘matter from a broader perspective’.

Geoff Barton, general secretary of the Association of School and College Leaders (ASCL), said he was disappointed by the JCVI decision not to recommend jabs for all in the age group.

He added that while the union respects it, it could mean it is ‘more difficult during the autumn term and beyond to guard against educational disruption caused by transmission of the virus’