A Jack Russell, who had been missing for three days, has been rescued by a search volunteer and his own pet dog.

The Royal National Lifeboat Institution (RNLI) and coastguards were called to Skinningrove in North Yorkshire last week, after the terrier’s owner was reported missing, along with his dog.

The man was found on Friday using thermal technology in an operation that involved police, mountain rescue and members of the public. 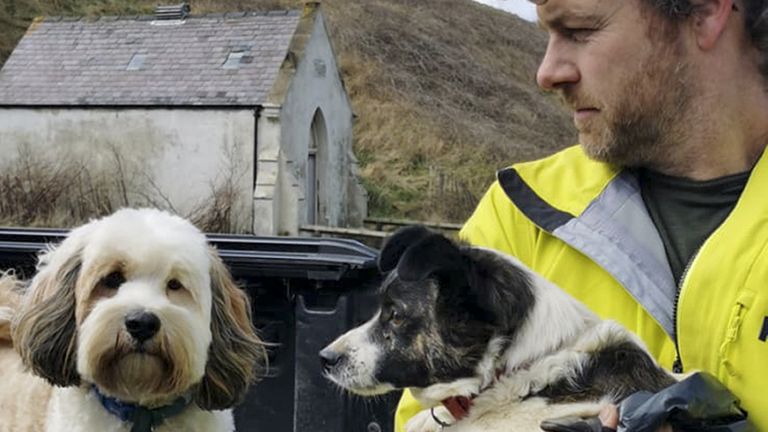 Rescuers couldn’t find the little pet at the time, but RNLI volunteer Ed Thomas had more luck when he returned to the site on Monday.

He said: “When the search finished on Friday night, of course we were delighted to have found the missing man. But the fact his dog was missing left a real bittersweet taste.”

Despite “fearing the worst”, Mr Thomas took his dog, Olly, for a walk in the direction of the rescue.

The pair managed to locate the frightened Jack Russell trapped under rocks, when Olly reacted to a nearby bark.

“I went over towards what looked like a recent rockfall,” he said. 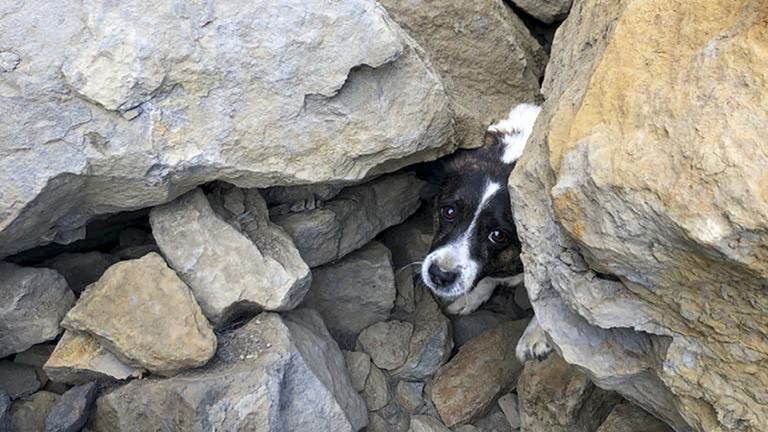 “Peeping out a small gap in the rocks I saw a little face staring back at me. It was the Jack Russell!”

Mr Thomas called two other volunteers to help free the dog who was in “a bit of distress”.

“As soon as we got the rock off his leg he settled down and we were able to start walking back towards Saltburn with him,” he said.

The dog has since been returned to his owners after a vet gave him the all clear.