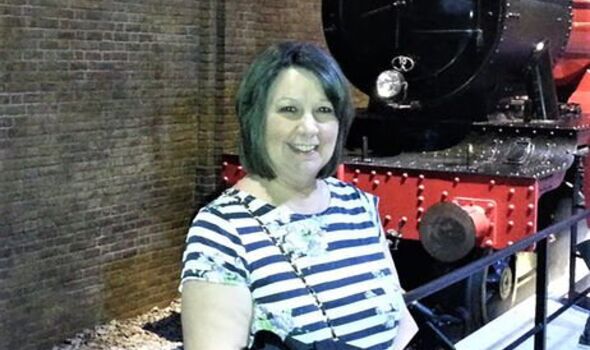 A driver who killed a much-loved grandmother after losing control of his powerful new Jaguar on a sweeping left-hand bend had been “showing off” and speeding just minutes earlier. Ian Leech had bought the car only the previous day but, despite this, two of its tyres were badly under-inflated.

He was aware of handling problems with the car and it suddenly drifted into the path of 63-year-old Karen Harrison’s car while she was was travelling in the opposite direction.

The horrific crash left both cars badly damaged and hers suffered “total devastation”.

The injuries she suffered were not survivable and she died despite the efforts of people at the scene, Hull Crown Court heard.

Her family paid tribute to the “centre of their world” and spoke of their profound sense of loss.

Angus MacDonald, prosecuting, said that Leech had bought a “powerful” three-litre Jaguar XF from a dealers only the previous day and this “significantly contributed to the accident” because it was significantly more powerful than his previous Honda Civic car and he had little experience of driving it.

He finished work at Melton industrial estate at about 5.50pm and began driving home. Also in the car was a work colleague, who was being given a lift home.

Leech was “showing off” in the early stages and was speeding with his “foot down” at some point during the journey, the court heard.

It became apparent that there was a problem with how the car was handling and it seemed to be “slipping” as he drove it.

Mr MacDonald said: “The defendant was struggling to control the vehicle prior to the collision.”

The collision happened after Leech had driven across an A63 bridge towards South Lawn Way and then to a roundabout.

He later approached a sweeping left-hand bend at Melton Bottom, near North Ferriby, heading towards Swanland, after 6pm.

Mrs Harrison was driving a Vauxhall Corsa in the opposite direction towards Melton.

Leech’s car drifted over the centre line coming out of the corner and went onto the other side of the road. His car was out of control and the tyres screeched.

The passenger “closed his eyes and there was a loud bang” which sent the Jaguar spinning to the left. Mrs Harrison’s car careered off onto a verge. Both cars were badly damaged.

The Jaguar came to a stop in the road and the Corsa ended up in a field. Despite the efforts of people at the scene, Mrs Harrison died of her injuries.

Leech had been driving at between 64.8mph and 54.9mph in the seconds before the accident.

The two rear tyres were significantly under-inflated but the main cause of the accident was his use of the “full application of the throttle” shortly beforehand. The roads were wet after earlier rain.

Leech had convictions for nine previous offences, dating back to 2003 and including two for drink-driving in 2005 and 2006, driving while disqualified in 2006, breaching a community order in 2007 and an offence of violence in 2008.

Richard Thompson, mitigating, said that the accident had a “profound and devastating impact” on the family and friends of Mrs Harrison.

Mr Thompson said: “The defendant seeks to apologise to those who have been personally affected by his driving.”

Mr Thompson said Leech had expressed genuine remorse and had said in a letter that he wanted to show his “utmost remorse for the tragic incident I was involved in”.

DON’T MISS: Harry and Meghan warned titles could be stripped

He would not have lost control but for the under-inflated tyres but Mr Thompson asked who, in Leech’s position, would actually have bothered to check the tyre pressures when the car had been bought from the garage only the day before.

Leech’s earlier speed and “showing off” in the car was inappropriate but they did not contribute to the accident after that stage, the court heard.

His failure to slow down, take greater care going into the bend and to react or even stop to investigate the handling problems were factors.

“He faces up to the consequences of what he has done,” said Mr Thompson.

Leech had a long record of working but he had not been doing so recently after receiving an interim driving ban at a court hearing in August.

Judge Mark Bury told Leech: “It’s clear that the handling of the car was letting you down and you took your foot off the accelerator.”

“As a result of the defective handling, you could not control your car and it drifted across the carriageway into the path of Karen Harrison’s car.

“The collision was a particularly bad one. Both cars were totally damaged. Karen Harrison’s car ended up off the road in a field adjacent to the road. Her car suffered ‘total devastation’ in the crash.

“In truth, the collision was not survivable and, unhappily, Karen did not survive it,” said Judge Bury. She was a “much-loved” wife and had two children and four grandchildren, all of whom “loved her dearly”, he said. The judge added that she was a “pivotal point” of their family and they had all suffered “unimaginable grief at her passing and continued to do so”.

Judge Bury said that no sentence he imposed could “bring Karen back to life” or assuage the grief of the family.

“It is a serious case of its type,” said Judge Bury. “You were unfamiliar with the car’s performance.”

Leech was aware of road-holding problems with the car but he did not stop to see if anything could be done about it and did not get the tyre pressures checked at an A63 petrol station.

“You knew there was a defect in the vehicle and you continued to drive it at or over the speed limit when you should have been driving much more slowly,” said Judge Bury.

“Karen was looking forward to retirement jointly with her husband and they were hoping to spend quality time with their family and grandchildren and travelling but none of that has transpired.

“The family’s grief is all-consuming. The circumstances of the driving and the effects of it are such that only a sentence of immediate custody can be imposed.”

Leech was jailed for nine months and was banned from driving for two years and 18 weeks.

He gestured to three supporters in the public gallery as he left the secure dock to go down to the cells.