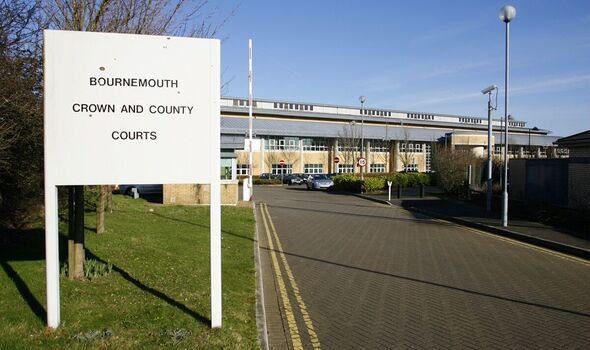 Stephen and Jacqueline Gee created a “rural hell” of harassment for Afghan war hero Major Jason Little and wife Averil after they moved next to their Dorset farm in 2012. Mr Gee, 68, was filmed creeping onto their land at night in a balaclava, slashing a pool with a knife to flood their garden.

The retired aircraft engineer was given a restraining order but he breached it.

The Gees’ hostility arose over access to the lane between their farm and the Littles’ £900,000 home, with Mr Gee abusing visitors and delivery drivers.

He told a fuel trucker to “get the f*** off my land” and the pair blocked the route with a gate and concrete, erecting fake signs to trick drivers.

His conviction for criminal damage over the pool only fuelled his anger as he “put two fingers up” to the law, Bournemouth Crown Court was told. Nigel Hall, prosecuting, said there was a “history of unpleasantness” after Military Cross holder Major Little and his wife moved into Milk House in the hamlet of Puxey, near Sturminster Newton. He said the Gees were “interfering with delivery drivers and misdirecting people away from the Littles’ property”.

Mrs Little said: “My children are extremely frightened of [the Gees]. My elder daughter fears he will climb into her bedroom. They accuse us of trying to kill their animals. It’s like constantly living under a state of siege.”

“You have turned where you live into a rural hell. The only thing that is going to resolve the issue is if you are able to look within yourselves and grow up.”

They were fined a total of £2,000, told to pay a £3,000 victim surcharge and given an indefinite restraining order.