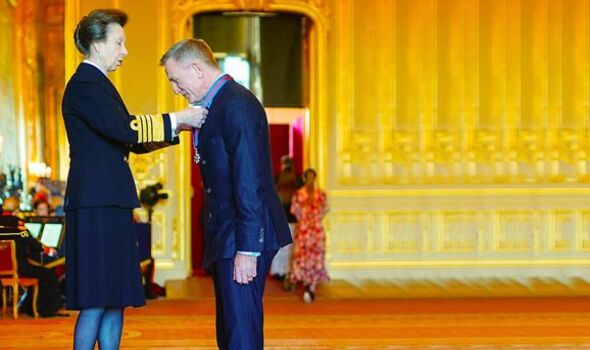 The star, 54, who is married to Rachel Weisz, was made a Companion of the Order of St Michael and St George.

The honour, the same one which Ian Fleming’s fictional hero got in 1953, was given to the actor for services to film and TV.

The Royal Family even tweeted “We’ve been expecting you” – a nod to one of the Bond films’ most famous lines. Daniel’s medal is generally awarded for non-military service to the UK in a foreign country or in relation to foreign and Commonwealth affairs.

The Bond franchise has earned around £6.18billion worldwide.