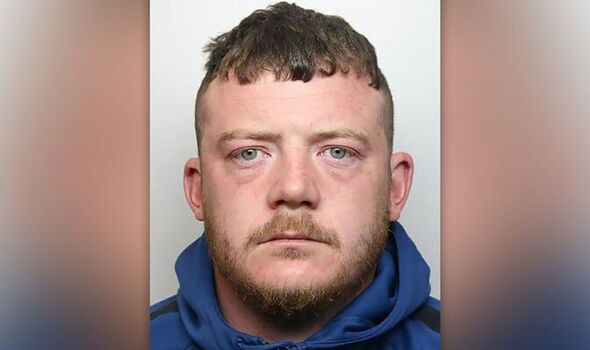 A bully whose paranoid and controlling behaviour led to his then girlfriend to attempt to take her life has been jailed.

Joe Clayton, 28, dominated the victim’s life for months and told her he would kill her and bury her in the garden if she cheated on him.

The thug monitored where the woman, a single mum, was through a video-enabled doorbell and a tracking device fitted to her car, reports Derbyshire Live.

He also demanded she stopped going to the gym as he didn’t want other people looking at her, repeatedly accused her of lying to him and asked who she was sending messages to on her mobile phone. He has now been jailed and is getting his first experience of prison.

But Clayton, who is a builder, was jailed for two years at Derby Crown Court this week after admitting controlling and coercive behaviour.

Sentencing Clayton, Recorder Michelle Heeley KC said: “She was a single mother and you sought to control her life. She blames herself but she has done nothing wrong and the fact is she took an overdose.

“You are a typical bully, even in your pre-sentence report the author says you are trying to minimise your actions and blame the victim. You were callous with your treatment of her. For many months you treated her appallingly, she read out her own victim personal statement bravely and it is clear that the effect of your behaviour was not just on her.” 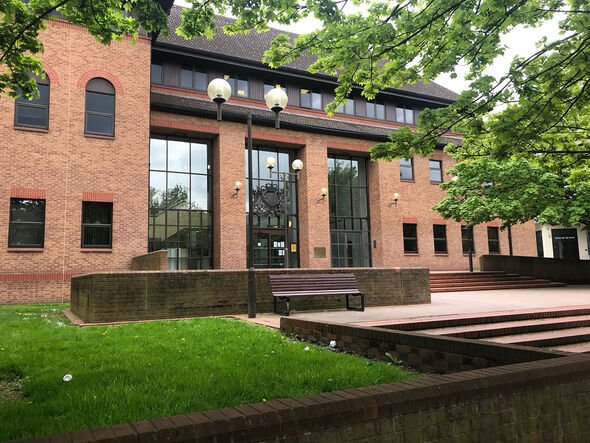 Fighting back the tears, the woman told the court how Clayton drained all her confidence during the time they were together.

She said: “I was terrified he would bury me in my back garden and I just don’t feel safe in my own home any more. I have moved home and moved my children to a new school to feel safer. I was tearful a lot of the time and my mental health suffered thinking ‘what will happen next?’ or whether he would get away with it? I used to be so bubbly but he took all of my confidence away from me and I still look over my shoulder when I leave the house.

“My eldest son has also been affected, he feels angry all the time and feels nervous around people. He is very protective of me.”

Clayton and the victim began a relationship in June 2020 and he soon moved into her home.

But the defendant became controlling in various ways.

Steven Taylor, prosecuting, said: “He started tracking her movements to the extent he could monitor her comings and goings though a (video) doorbell on her flat. He made threats on a regular basis threatening to kill her and bury her in her garden.

“He worked as a builder and suggested he would bury her on one of the sites if she cheated on him. He told her not to go to the gym saying he did not want anyone looking at her. She did not want to stop going to the gym because that was her escape but she did.

“He repeatedly accused her of cheating on him, she had a tracking device on her car for her car insurance and she would offer to send him screenshots from it showing him where she had been. He told her the way she dressed would lead to her children being bullied.

“It got to the stage that on April 23, 2021, she took an overdose, leading to her being hospitalised and what makes that all the more tragic is that she was a single parent of two young children.”

Clayton, from Ilkeston, Derbyshire, has no previous convictions.

Kevin Waddingham, defending, said his client “accepts that for a lot of months of the relationship he was horrible to her”.

Urging the judge to suspend any prison sentence, he said: “He is adamant that he does not want to challenge the facts and his prevailing wish is to be sentenced today.

“He accepts he was the toxicity and he was paranoid about what she was doing. He is a hard-working man, who works long hours and that gives him structure.

“An immediate custodial sentence would bring that employment to an end. He is worth a shot and I would ask you to give him that opportunity.”

Derbyshire police has already successfully applied for a stalking protection order which is similar to a restraining order and which affords the victim similar protection to one.

If you are struggling and have suicidal thoughts, know you are not alone and that help is available. Please contact any one of the following. In the UK, you can call the Samaritans free on 116 123 (the number will not appear on your telephone bill) or email [email protected] In America, The National Suicide Prevention Lifeline is a network of more than 160 crisis centres that provide a 24-hour-a-day service via a free hotline on 00-1-800-273-8255. Lifeline is a national charity providing all Australians experiencing a personal crisis with access to 24-hour crisis support and suicide prevention services. Call 13-11-14. Help is ALWAYS available. If you need it, reach out.