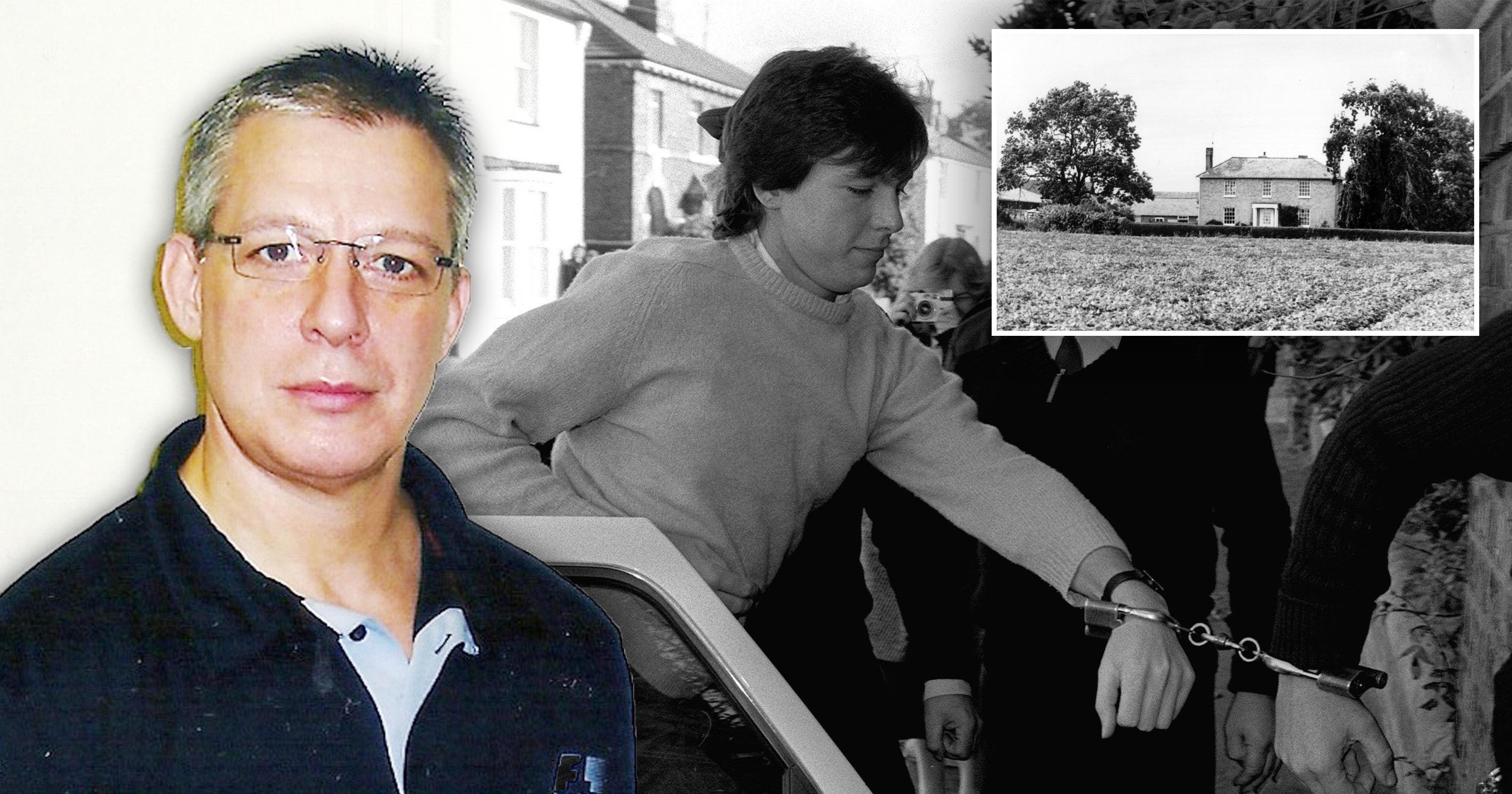 Jailed in the 1980s for killing five members of his adoptive family, Jeremy Bamber claims to have proof that detectives ‘framed’ him.

Now 61, he is serving a whole life sentence for the 1985 murders of Nevill and June Bamber, both 61, his sister, Sheila Caffell, 26, and her six-year-old twins, Daniel, and Nicholas, at White House Farm, Essex.

Speaking exclusively to Metro.co.uk, he told how crime scene photos of what he claims to be one of Ms Caffell’s ripped-out earrings suggests she may have been involved in a fight with their father.

Bamber has always argued his adoptive sister — who suffered from schizophrenia — shot her family before turning the gun on herself.

Never-before-seen photographs taken of Ms Caffell’s body show two metallic objects – one lodged in her nightdress and another lying on the kitchen floor beside a spent bullet case.

Bamber believes this could be one of her earrings, claiming that X-rays taken after her death show one missing from her right ear and other photos show damage to that lobe.

However, he says Essex Police has never acknowledged removing a broken earring from the scene.

Bamber added: ‘They found it next to a bullet case and then hid its existence from the defence and the trial jury.

‘It seems that they thought this broken earring may have been indicative of a struggle in the kitchen between my dad and Sheila.’

One of the key planks in the prosecution case at Bamber’s original trial was evidence showing Nevill had been involved in a violent struggle with his killer in the kitchen before he died.

The jury was told Ms Caffell bore no marks or injuries suggesting she had been the other person involved.

During his second appeal, it emerged many of the trial exhibits had been incinerated by Essex Police without informing Bamber or his legal team.

One of the senior officers leading the investigation at the time also admitted taking case documents home and destroying them, the High Court was told during a hearing in 2020.

Bamber said: ‘Did this detective take this broken earring home as some kind of morbid trophy from the crime scene?’

In his latest application to the Criminal Cases Review Commission [CCRC] Bamber claims police officers moved items at the farmhouse and rearranged them to implicate him in the murders.

This includes moving the .22 Anschutz rifle that had been lying on Ms Caffell’s body and compromising the integrity of the crime scene by trampling through it.

Bamber said: ‘What upsets me more than anything is how the police restaged the scene then tried to blame me for it [after my second appeal] in 2002.

‘The open and closed door in the kitchen and the bible next to Sheila in the main bedroom.

‘Essex Police were deliberately framing me and know it – and now they have been caught out.’

Bamber has spent much of the past 36 years painstakingly sifting through hundreds of thousands of documents in his cell and is calling on the force to hand over the rest of the files relating to his case.

He asked: ‘What if they are unable to disclose some of the evidence being requested by my legal team and the CCRC because it was taken by this detective when he left?

‘He took crime scene photos and numerous case papers. What if he also stole case exhibits as well? He admits to destroying case material, perhaps he also took and destroyed some special exhibits.’

Bamber believes Ms Caffell placed a note inside a bible found near her body ‘in which she described that she had just killed herself’.

He added: ‘Oddly, Essex Police did not make her suicide note available to the appeal court in 2002.

‘Was this yet another trophy that was stolen from the police property store?’

He has always argued that two calls were made to police on the night of the murders, one by his father at White House Farm and another by him from his home three-and-a-half miles away in the nearby village of Goldhanger.

Bamber points to a note written by a civilian telephone operator and police officer showing Nevill called 999 at 3.26am on August 7, 1985, saying ‘daughter gone berserk’ and ‘has got hold of one of my guns’.

A separate note details another made at 3.36am by Bamber describing a frantic call from his father saying Ms Caffell ‘has gone crazy and has the gun’.

The prosecution at trial, and the judge in his summing up of the evidence, said there was only ever a single call made to police – by Bamber at 3.26am after his entire family had been massacred.

Proving his father had called 999 would give him an alibi for the killings, as it would have been physically impossible for him to stage the first call at White House Farm and then get back to his own cottage to make the second call 10 minutes later.

Bamber’s campaign team have also identified another document which they believe suggests Ms Caffell was still alive inside the house while he was standing outside with the police.

According to a police action record discovered during the Stokenchurch Inquiry, an officer named PC Millbank appears to have monitored a 999 call made from White House Farm at 6.09am.

Bamber was standing outside the property with police officers from 3.50am until he left the scene at 9.45am.

He told Metro.co.uk: ‘This call gives me a rock-solid alibi as I’m currently convicted of having murdered the person who made that 999 call.’

In a statement dated September 13, 1985, a communications assistant at Essex Police stated that ‘all radio and telephone messages are recorded on audio tape’.

Bamber said: ‘The brief outline of the contents of dad’s call to the police is in the public domain, though Essex Police say it is a telephone call not from my dad but one from me.

‘The audio tape recording would resolve this issue. But for some odd reason, Essex Police will not disclose this audio tape.

‘Perhaps they simply can’t disclose it because this detective took it from the property store on leaving the force, kept it, or destroyed it.’ 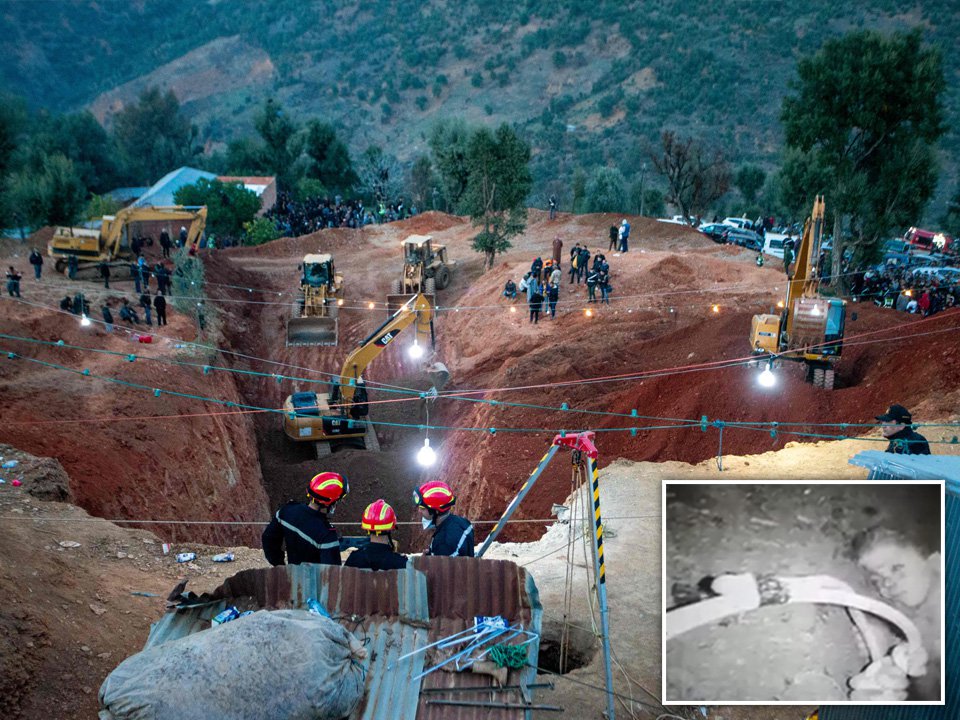 An Essex Police spokesperson said:  ‘In August 1985, the lives of five people, including two children, were needlessly, tragically and callously cut short when they were murdered in their own home by Jeremy Bamber.

‘In the years that followed this case has been the subject of several appeals and reviews by the Court of Appeal and the Criminal Cases Review Commission – all of these processes have never found anything other than Bamber is the person responsible for killing his adoptive parents Nevill and June, sister Sheila Caffell, and her two sons Nicholas and Daniel.

‘Essex Police have continued to comply will all legal requirements in this case and will continue to assist the CCRC as required.’