Jeremy Clarkson on being refused planning permission for farm

The TV presenter is known for his military and military history knowledge and has presented multiple shows on the subject. Both the United States Air Force (USAF) and the Royal Air Force (RAF) have stepped up training missions in the UK skies following Russia’s invasion of Ukraine. However, the comments also come as RAF Fairford, not far from Mr Clarkson’s home, prepares to hold the world’s largest military air show – the Royal International Air Tattoo (RIAT).

Mr Clarkson said: “Dear the US Airforce. Why have three F16s been circling over my house for the last 30 minutes? Is it that speeding fine from Nevada I didn’t pay?”

Twitter users jumped at the opportunity to have a laugh with the former Top Gear star.

One said: “Hello Jeremy it’s me, the Nevada police. Can you transfer us £1,500 in iTunes vouchers to the address I’ll message you and we’ll call off the jets? Thank you and keep on trucking.”

Some claimed to have also heard the planes flying overhead.

One user Tweeted: “F-16’s well that explains the noise. By the time I got to the window, they’d moved on. Ridiculous sound though.” 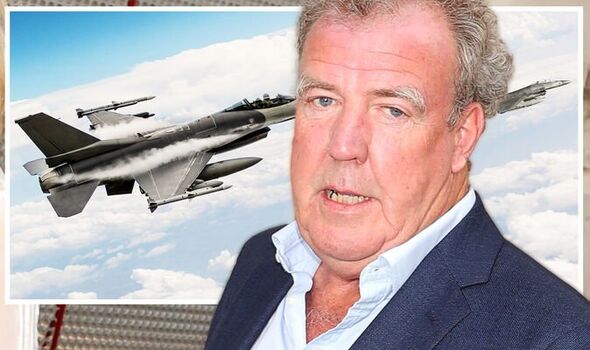 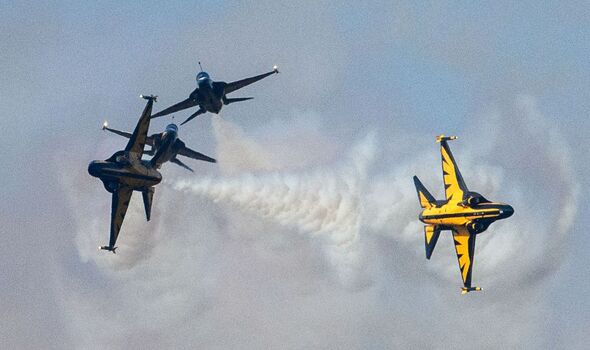 Others pointed out that the planes were likely circling waiting to land at the Royal International Air Tattoo show which begins tomorrow at RAF Fairford.

The event will showcase planes and pilots from around the world including Eurofighter Typhoons and F-35B Lightning IIs from the RAF.

Footage from PlanesTV showed a squadron, known as the Black Eagles, performing daring manoeuvres before landing at the airfield earlier today.

The Black Eagles are from the Republic of Korea Air Force display team, it is only their second time performing in Europe. 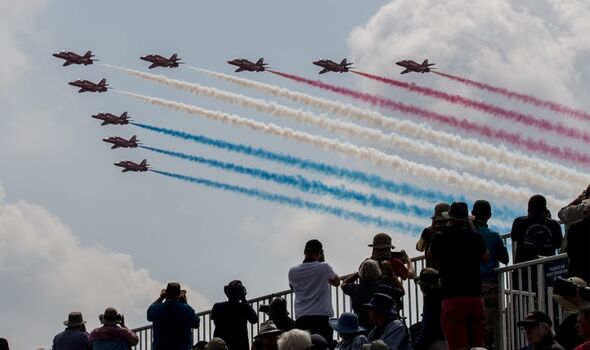 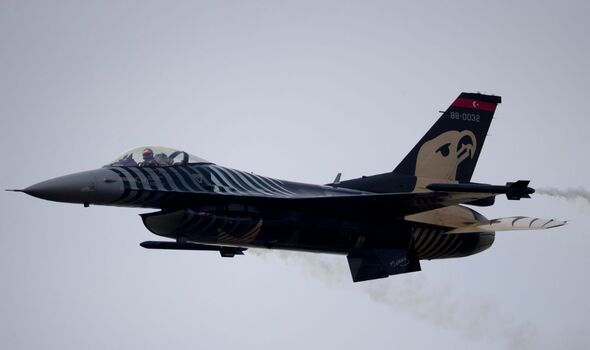 The planes landing at RAF Fairford so far today, however, were not F-16s, although the base has been used by the USAF continually since World War II.

The USAF uses the base as a Forward Operating Location mainly for strategic bombers such as the B-52H Stratofortress.

If Mr Clarkson has correctly identified the planes, which is likely due to his military history background, then the fighters could have been from another airbase in the UK.

People have reported seeing B-52- bombers, F-35B and F-16 fighters as well as Eurofighter Typhoons across England in recent months. 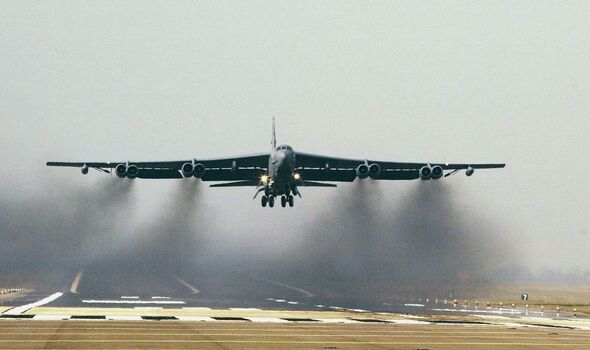 Bases being used include RAF Fairford in Gloucestershire, RAF Brize Norton in Oxfordshire, RAF Lakenheath in Suffolk and RAF Marham in Norfolk.

Information from the RAF and USAF is that many of these flights are linked to training exercises, however, some could be on missions related to the war in Ukraine.

Although NATO is not at war with Russia, it has stepped up its operations across Europe in response to the invasion.

Express.co.uk has contacted the Ministry of Defence (MoD) for clarification on the incident.