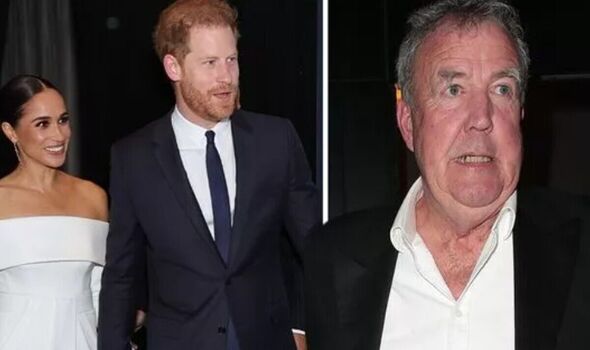 Jeremy Clarkson’s Sun newspaper column, in which he said he “hated” the Duchess of Sussex, has become the Independent Press Standards Organisation’s (Ipso) most complained about article, with more than 17,500 complaints. Ipso said the piece, which was removed from The Sun’s website on Monday at Clarkson’s request, had received more than 17,500 complaints as of 9am on Tuesday.

An Ipso spokesperson told the PA news agency: “We will follow our usual processes to examine the complaints we have received. This will take longer than usual because of the volume of complaints.”

The column, which was published in The Sun last Friday, has been condemned by celebrities and politicians, as well as the former Top Gear host’s daughter, Emily Clarkson.

In the piece, Clarkson wrote that he “hated” Meghan, adding that “everyone who’s my age thinks the same way”.

Carol Vorderman, in her Daily Express newspaper column, said Clarkson’s comments were not acceptable “on any level”.

She wrote: “After the Harry and Meghan Netflix series, I’d heard more than enough discussion about every tiny nuance.

“But Jeremy Clarkson’s take – that the Duchess ought to be paraded naked and have excrement thrown at her – didn’t just cross the line, it obliterated it.

“Not on any level, in any circumstance, is it OK to write this stuff about any woman. It’s time we all called out violent hatred of any woman.

“Whatever our thoughts about the couple, and I’m not particularly interested, Clarkson’s words normalise hatred.”

It comes as a group of more than 60 cross-party MPs wrote to the editor of The Sun, Victoria Newton, demanding that action be taken against Clarkson, and an apology be issued to Meghan.