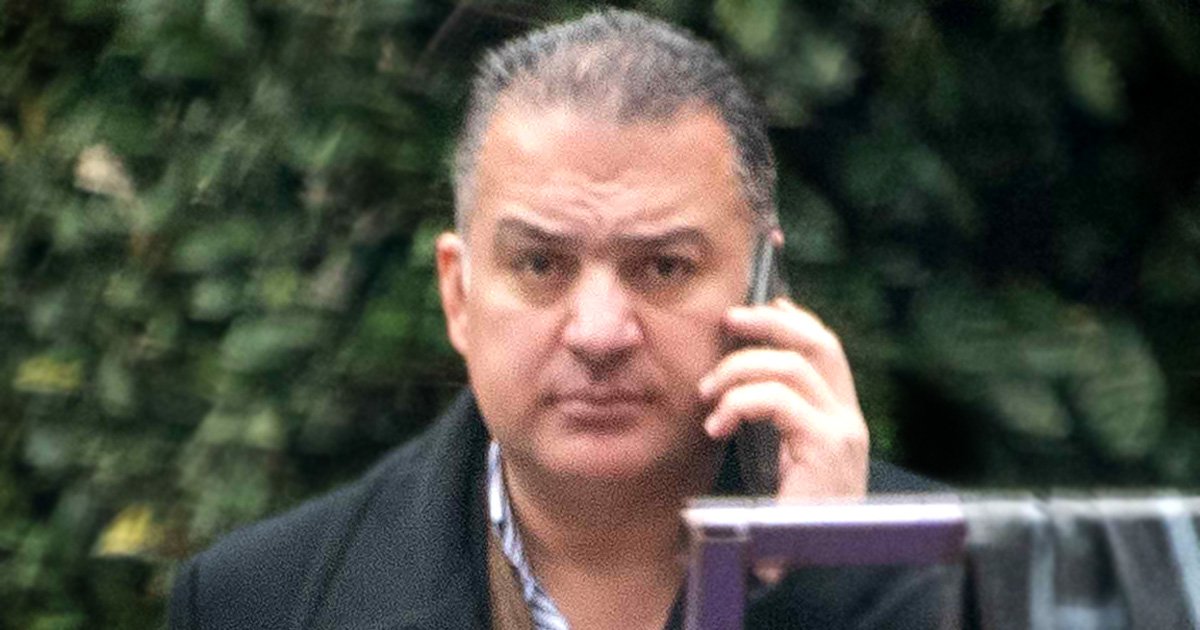 A Jet2 passenger who got so drunk on a flight he could not even open his bag to show his passport – despite claiming to have only had two glasses of wine – has been jailed.

Ali Ozdemir, 49, was removed from the plane when it touched down in Birmingham from Turkey after crew spotted him slumped in his seat covered in his own vomit.

He had also thrown up on the seats around him before falling asleep, Birmingham Crown Court heard. Ozdemir, from Birmingham, pleaded guilty to being drunk on an aircraft and was jailed for three months.

Prosecutor Andrew Wallace said police had been called to Birmingham Airport on October 19 last year following a report of an intoxicated passenger on a Jet2 plane from Turkey.

He added: ‘The defendant had vomited on himself and on aircraft seats on the airplane. He was removed from the aircraft.

‘He was observed to have been slumped on his seat, smelled of vomit and liquor and had red eyes.’

Judge Simon Drew QC told Ozdemir: ‘It is perfectly clear from witness statements that you were very drunk, even when you got on the plane, but how drunk it is impossible for me to know.

‘It was noticeable to the passengers on the plane and very quickly became noticeable to the stewards and stewardesses and cabin crew who saw that you were slumped on your seat and that you had vomited not only on yourself but the adjacent seats.

‘You were on a lengthy flight from Turkey back to this country. When asked for your passport you were simply unable to produce that from your bag which revealed the state that you were in.

‘You did not offer any aggression to anybody on the plane nor is it the case that you were rude to them.

‘The fact is that people who are drunk on an aircraft present a serious risk to anyone on the aircraft.

‘There is always the danger that because of your drunken state that your behaviour will become out of control and endanger the lives of those on the aircraft because of it who cannot get away.’

Defending, Syed Ahmed said Ozdemir’s behaviour had not caused any concern, he had not been aggressive, and nobody had been obliged to move seats.

He said his head had been resting against the window and he had fallen asleep.

What are the rules about drinking on flights?

Passengers can take up to 5l of alcohol purchased at Duty-Free with them if it is between 24% and 70% volume.

Drinks under 24% are not limited, while those above 70% are completely banned.

You are also prohibited from drinking any of your own alcohol – including Duty-Free – that has been brought onto a flight.

Whether deliberate or not, it is a criminal offence to be drunk on an aircraft.

If convicted, passengers face a maximum fine of £5,000 or up to two years’ imprisonment.

The Civil Aviation Authority (CAA) says: ‘The punishment for disruption varies depending on the severity. Acts of drunkenness on an aircraft face a maximum fine of £5,000 and two years in prison. The prison sentence for endangering the safety of an aircraft is up to five years.

‘Disruptive passengers may also be asked to reimburse the airline with the cost of the diversion. Diversion costs typically range from £10,000 – £80,000 depending on the size of the aircraft and where it diverts to.’

Mr Ahmed explained that Ozdemir made regular trips to Turkey and on this occasion had been to an engagement party.

He said he believed that some of what happened on the aircraft was due to an upset stomach and that he had also been under stress as a result of getting divorced.

Ozdemir, he said, had two glasses of wine at the airport. He added: ‘He was remorseful from the outset and has no previous convictions. He is a divorcee and was the manager at Cielo in Brindley Place which has recently shut down.’

Mr Ahmed said Ozdemir was currently unemployed but looking for work in the catering industry.