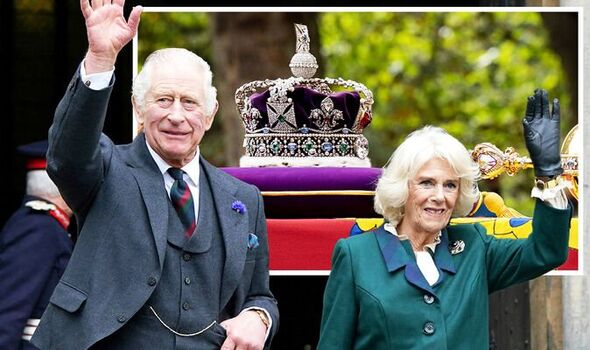 India, Pakistan, Iran, and Afghanistan have all claimed ownership of the diamond, one of the world’s largest, and demanded its return after arguing that rulers from their countries once owned it. But Britain has rejected their claims, insisting it was acquired by Queen Victoria lawfully in 1847 under the terms of the Last Treaty of Lahore.

Buckingham Palace has declined to discuss the controversy but the Daily Express understands there have long been doubts about using the 105.6-carat diamond, which has been passed down by female members of the Royal Family and was worn by the Queen Mother at King George VI’s Coronation in 1937.

When there were reports earlier this year that the diamond would be used in the next Coronation, royal sources insisted it was premature speculation.

A source last night said: “No decisions have been taken.”

After Queen Victoria’s death, the Koh-i-Noor was set in the crown of Edward VII’s wife Queen Alexandra and was transferred to Queen Mary’s crown in 1911 before going into the Queen Mother’s crown.

She wore it to the state opening of Parliament regularly and at the Coronation of her daugher, Elizabeth II.