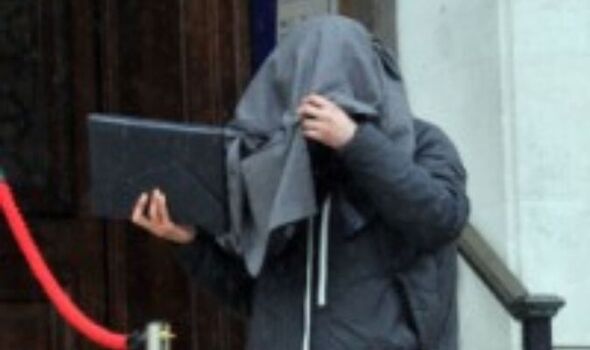 The jilted officer tried to frame his ex of murdering an Albanian gangster among other offences after she dumped him.

PC Abubakar Masum accused Mia Pitman of the crimes, through anonymous tip-offs to Crimestoppers after she broke up with him.

University student Mia, 23, was arrested by armed officers while at her part-time job in Tesco, alongside her work colleague Leon Croucher.

During one call, Masam reported that Mia was holding a gun for her colleague Mr Croucher who he described as a “known Class A drug dealer”.

He also said Mia and Mr Croucher planned to shoot a man that owed them drug money.

As well as arresting her in her place of work mid-shift, around 20 armed officers also raided her student accommodation searching for a gun.

The 24-year-old officer was found guilty of perverting the course of justice.

He has also since been sacked from his job in the South Wales Police force for gross misconduct.

The court heard how Mr Masum was “obsessed” with Mia who ended her relationship with him after finding out he had been cheating on her with another woman.

After the young woman broke up with Mr Masum, he began making “false, untrue and malicious” claims about her and other men in the anonymous Crimestopper calls, Cardiff Crown Court heard.

Mia, a Criminology student at the time who wanted to enter the police force, was accused of shooting and killing an Albanian gangster, hiding a gun in her garden and plotting murders with her colleagues at Tesco.

Chief Constable Jeremy Vaughan said: “The offence of perverting the course of public justice is particularly serious and increases the seriousness of the misconduct.

“There can be no doubt that PC Masum’s criminal conviction has an adverse impact on public confidence in policing.

“I recognise that the conduct involved premeditation, planning, targeting and taking deliberate steps and thus has a higher degree of culpability.

“I am satisfied that the misconduct is so serious that nothing short of immediate dismissal is a sufficient outcome to maintain public confidence.

“I have no hesitation in concluding that the conduct and subsequent criminal convictions of PC Masum requires that he is immediately dismissed. No lesser outcome is justified or appropriate.”

The ruling means Masum will be banned from working in all police forces in England and Wales.