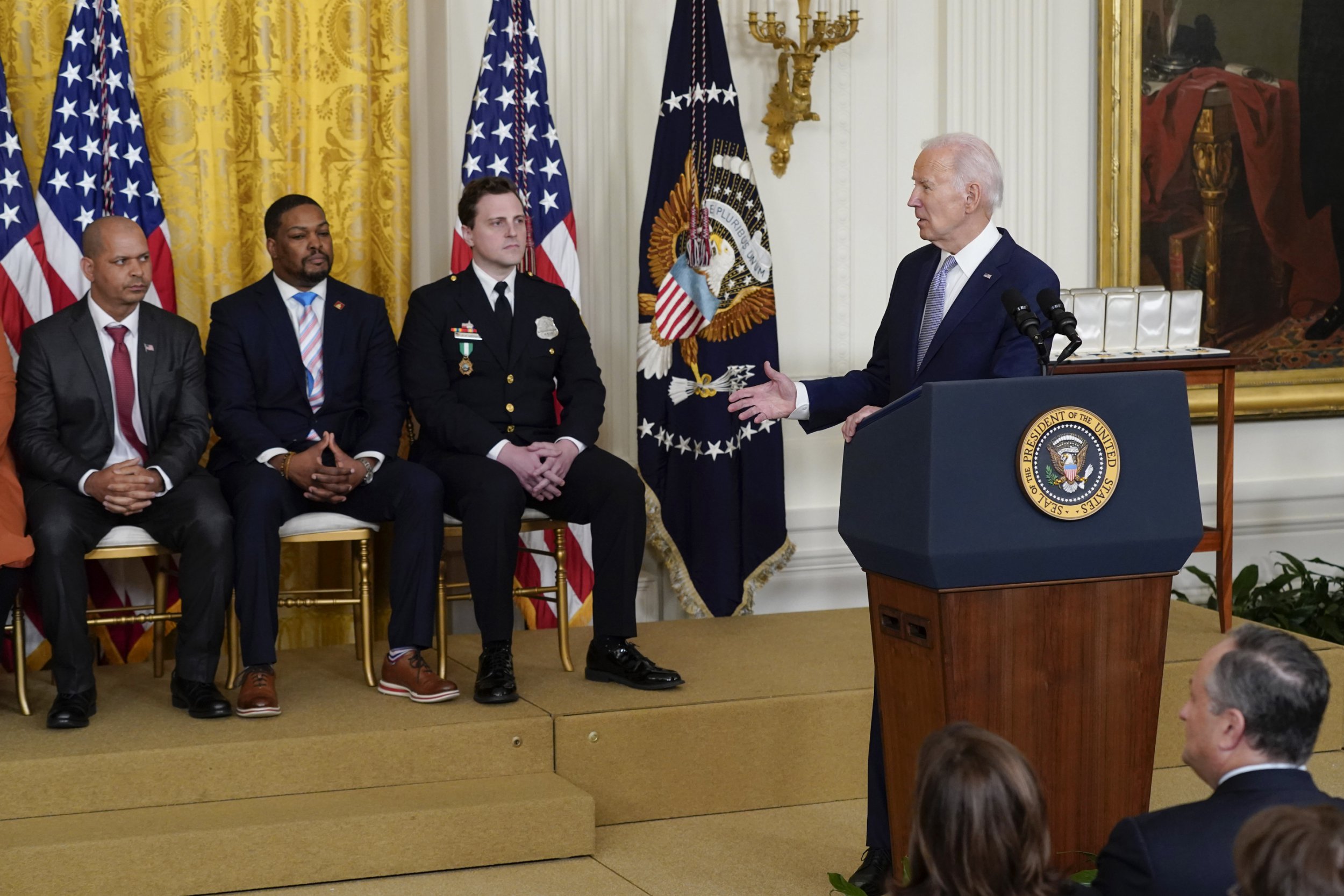 On the second anniversary of the Capitol Riot, President Joe Biden honored police, election workers, and local civil servants with one of the United States’ highest civilian awards.

For the first time since taking office in January 2021, President Biden bestowed 14 Americans with the Presidential Citizens Medal.

Most of the recipients were present at the Capitol on January 6, 2021, working as security while Congress voted to certify the results of the 2020 election.

The president called the honorees ‘the best among us,’ and said ‘America owes you all a debt of gratitude – one we can never fully repay unless we live up to what you did.’

A total of 140 police officers were injured in the attack two years ago. Over 840 rioters have faced federal charges since.

Among them was Sgt Aquilino Gonell, an immigrant from the Dominican Republic and Iraq War veteran.

Sgt Gonell was ‘punched, blinded with a laser, and speared with an American flag pole – the flag he swore to defend,’ Biden said. ‘But he stood tall in the breach with a deep and abiding love for his country

Another honoree was Officer Michael Fanone, a Metropolitan Police Officer who responded to assist the Capitol Police when they called for backup.

‘He was beaten,’ the President said. ‘Not pushed around, beaten. Tased. Called a traitor, as the mob shouted “Kill him with his own gun!”‘

As a result of the brutal attack, Fanone suffered a heart attack and brain injuries.

‘But he defended our democracy with courage,’ the president said.

Three officers were awarded the medal posthumously. Howard Liebengood, Jeffrey Smith, and Brian Sicknick all sustained injuries during the attack and died in the days following.

In June, Moss told the House Select Committee investigating the riots that she received messages ‘wishing death upon me. Telling me that I’ll be in jail with my mother. And saying things like, ‘Be glad it’s 2020 and not 1920.’

‘You don’t deserve what happened to you,’ the president said on Friday. ‘But you do deserve the nation’s eternal thanks.’

During his remarks, Biden quoted Congressman Benny Hill, the Mississippi legislator that chaired the House Select Committee investigating the riots.

‘You held the line that day, and what was on the line was our democracy,’ Thompson said. ‘And history will remember your names.’