John Humphrys signs off his final episode of R4 Today

The veteran broadcaster revealed that the Today programme’s editor Sarah Sands tried to organise an interview with the Prince of Wales but he “only wanted to talk about trees”. Mr Humphrys said: “I wanted to talk about other things as well. No deal.” The Radio 4 firebrand always insists that anyone he interviews should be open to talking about more than just whatever they are trying to promote.

In the case of Charles, it was nature, but it was not the first time he showed his determination to have the freedom to ask more difficult questions.

He filmed a BBC TV interview with Prince Philip on his 70th birthday, but it didn’t go to plan.

He recalled in a Daily Mail column last year: “It was pretty boring except for a section when he got very cross because I’d asked him why the Queen hadn’t helped him out when he had to sell his racing yacht because of the expensive upkeep.

“The Palace complained and the BBC cut it out.” 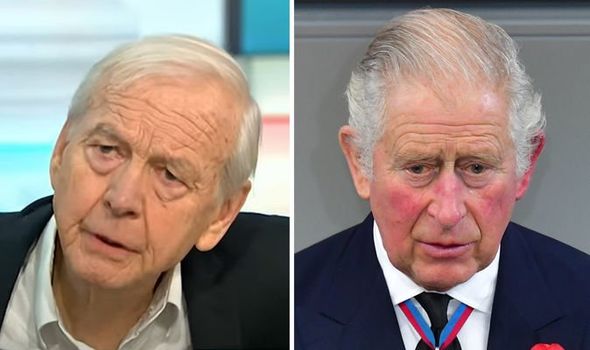 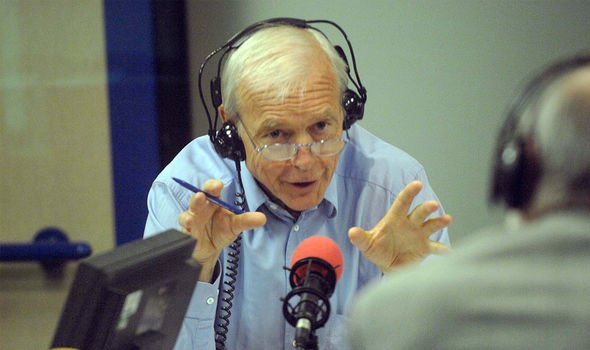 Mr Humphrys later refused to present a show guest-edited by Prince Harry, because his “minders” would shut down any questioning that might be embarrassing for the Duke of Sussex.

Harry guest-edited the show in December 2017 and interviewed his own father, Prince Charles, and former US President Barack Obama.

The section of the programme that involved an interview with Harry himself was presented by Justin Webb and Sarah Montague.

Mr Humphrys said: “He was invited to be the guest editor of the Today programme nearly three years ago and used it, unsurprisingly, to deliver messages close to his heart. 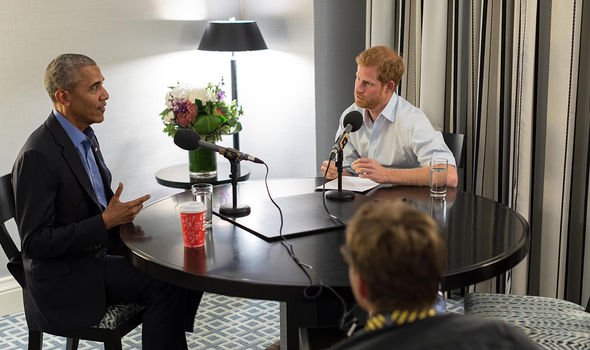 “I’m afraid to say I declined the opportunity to present the programme that morning.

“I knew what would happen. I would ask what his minders would regard as impertinent or embarrassing questions and that would be the end of it.”

However, while Mr Humphrys has rejected a royal interview, he has also been rejected himself.

He admitted that, during a private lunch at Buckingham Palace with the Queen, he asked her for an interview and she graced him with only a one word response: “No.” 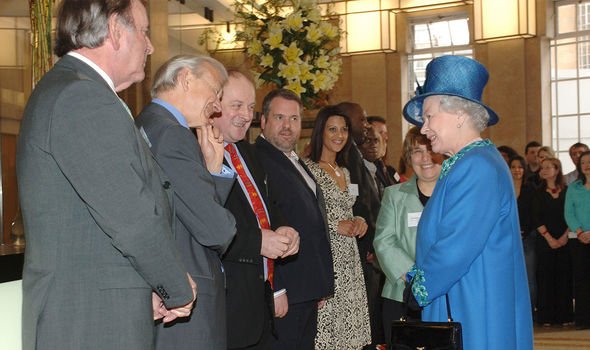 Mr Humphrys, who is a republican, nonetheless praised Princess Anne as she is the “most hardworking” royal and said he likes that she “doesn’t believe in” unearned deference.

Last year, the broadcaster questioned what the role of the Royal Family was during the coronavirus pandemic, which he claimed saw them “truly furloughed”.

He asked whether they are still needed now that “rushing around the country, shaking hands with everyone” was banned.

However, he has also criticised Meghan Markle and Prince Harry’s decision to leave The Firm, believing it to be because they didn’t “want to be bothered” anymore.

He felt their move to the US was “sloping off to a life easier on the hands”.

The Welsh journalist compared Harry to King Edward VIII, who abdicated the throne to marry US divorcee Wallis Simpson in 1936.

He also remarked that the Queen’s grandson was leaving his duties to “spend more time lounging by the pool”.

He claimed Edward VIII, later known as the Duke of Windsor, enjoyed “30 years of a similar post-hand-shaking idyll”.

He also remarked that Meghan was “maybe… misinformed” before joining the Royal Family because “it was supposed in marrying him… [she] fancied a bit of hand-shaking too.”

He continued: “Why else would she join since that’s what they ‘do’?”