In a video smuggled out by his lawyer, Prince Hamzah bin Hussein, 41, said he had merely spoken out about “corruption and incompetence”. Harrow and Sandhurst-educated Hamzah, son of the late King Hussein and his fourth wife Noor, was crown prince until he was stripped of the title when his half-brother Abdullah became king.

He said in the video: “I am not part of any conspiracy or nefarious organisation or foreign-backed group.

“I am not the person responsible for the breakdown in governance, the corruption and for the incompetence that has been prevalent in our governing structure for the last 15 to 20 years.

“It has reached a point where no one is able to speak or express opinion on anything without being bullied, arrested, harassed and threatened.” Jordan’s deputy prime minister Ayman Safadi said King Abdullah, 59, wanted to speak to father-of-six Hamzah personally. 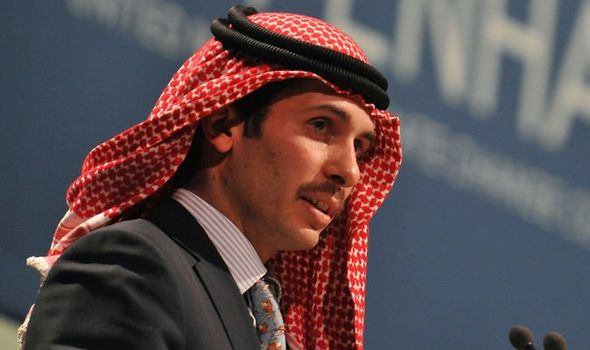 Mr Safadi said: “Investigations had monitored interferences and communications with foreign parties over the right timing to destabilise Jordan.

“Initial investigations showed these activities and movements had reached a stage that directly affected the security and stability of the country. But His Majesty decided it was best to talk directly to Prince Hamzah, to deal with it within the family to prevent it from being exploited.”

Earlier, Queen Noor, 69, protested against the detention of her son.

She tweeted: “Praying that truth and justice will prevail for all the innocent victims of this wicked slander.”