Serial rapist Joseph McCann, who embarked on a horrific campaign of kidnap and sex attacks, has been found guilty by a jury at the Old Bailey.

For a brief period earlier this year, the 34-year-old from Harrow in northwest London became Britain’s most wanted man as he travelled the country abducting his victims at knife point.

The youngest of his 11 victims was an 11-year-old boy. The oldest was a 71-year-old woman.

In total, the jury found McCann guilty of 37 charges of rape, sexual assault, kidnap and false imprisonment, making up what Scotland Yard has described as “some of the most shocking offending they’ve ever seen”.

Detective Chief Inspector Katherine Goodwin told Sky News: “He’s one of the most dangerous individuals that we’ve ever seen and come across. He was clearly highly motivated in his offending.”

It can now be reported that McCann, who was out on licence from prison at the time of his attacks, should have been referred to the Parole Board before he was freed in February this year.

Instead, he was dealt with as a “determinate sentence” prisoner, meaning he was automatically released 18 months into his sentence.

Four men and two women have been arrested on suspicion of assisting McCann and released under investigation.

McCann first struck in the early hours of 21 April, as his victim left the Pryzm nightclub in the centre of Watford.

The 21-year-old woman had decided to walk home alone and had been on the phone to a friend for reassurance, as she made her way along a virtually deserted main road.

At 3.59am that call ended abruptly.

In a subsequent videotaped statement to police, the woman said: “I felt the knife and he put his arm round me so I couldn’t move. The knife is at my neck. I felt it, it was sharp.

“I dropped my bag first. I still held on to my phone. He told me to shut up and walk to the car.”

The young woman was forced into McCann’s Ford Mondeo and driven back to her home, where McCann raped her in her own bed.

The Old Bailey was shown security camera footage from a filling station in Watford.

Around five hours after the abduction, McCann’s car is seen driving onto the station forecourt.

The victim could be seen sitting in the passenger seat, as he got out, put on a baseball cap and headed to the garage shop to buy condoms.

The woman told the court she was too terrified to move, that she feared McCann, still armed with a knife, would chase after her and catch her.

He set her free a short time later and the police were called. 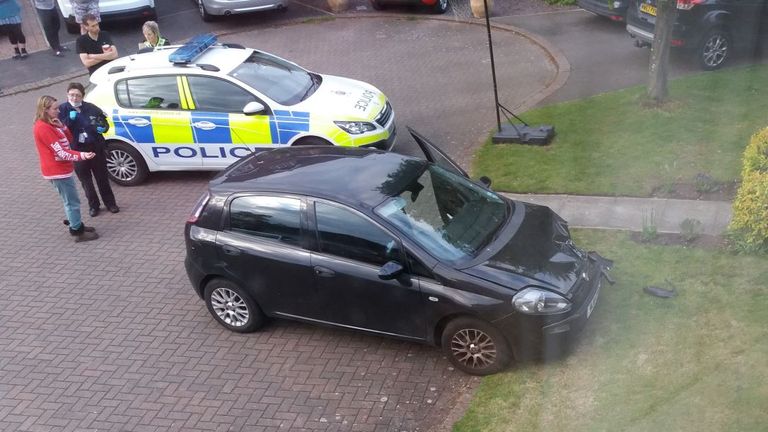 In the more than four days between that first attack and the point where McCann kidnapped his second victim, police failed to pick him up.

Hertfordshire Police told Sky News they did take the allegations from the first victim seriously and that they were making urgent and determined efforts to track him down.

DCI Goodwin told Sky News he used different names, vehicles and disguises, including wigs, to avoid capture during his campaign of “unthinkable and depraved behaviour”.

McCann’s second victim had been walking home around half past midnight on 25 April, in the east London borough of Walthamstow.

The 25-year-old woman had just left a local Tube station, when she was grabbed at knife point and forced into a vehicle. 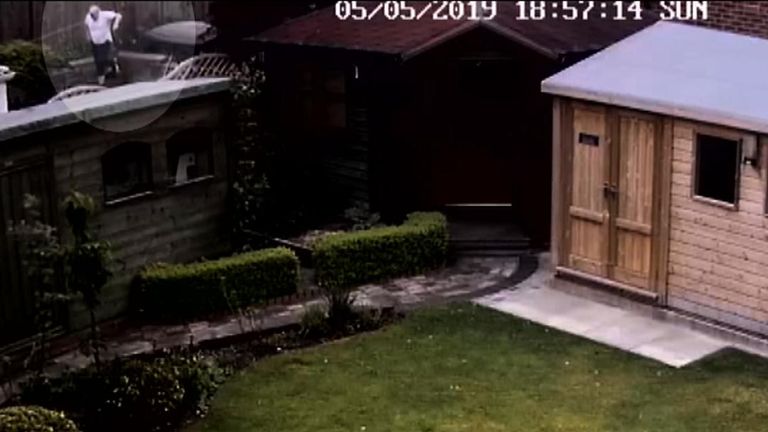 The woman was subjected to the most horrific ordeal of rape and sexual assault spanning more than 12 hours. She told police she lost count of the number of times she was assaulted.

At one point, McCann pulled up outside a local school and taunted his victim, telling her he wanted her to rape one of the school children.

By 12.15 that same afternoon, the silver people carrier was in Edgware, northwest London.

Two sisters were walking home along a residential street, when the vehicle pulled up, McCann jumped out and made a grab for both sisters.

The youngest sister managed to run home and call police.

Her 21-year-old sister was bundled into the back of the vehicle, alongside the woman abducted the night before.

Both were driven around by McCann, who raped and sexually assaulted them for a further two hours.

He drove them to Watford, where security camera video showed him trying to book into a local B&B. 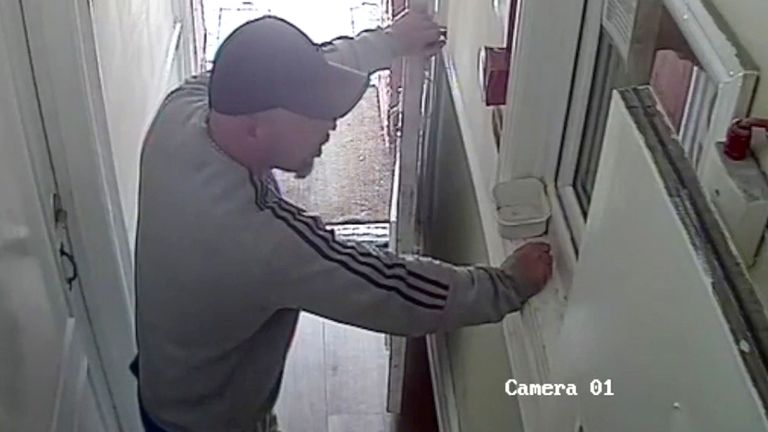 The footage showed McCann holding the reception door open and constantly glancing out to check his two victims were still in the vehicle.

When he returned, the 25-year-old woman managed to summon up the strength and the courage to grab a bottle of vodka from inside the vehicle and smash it over McCann’s head.

Both women were able to run off and get help. McCann fled the scene.

McCann went dark for 10 days, before striking again in the northwest of England.

He befriended a woman at a nightclub in Haslingden, north of Manchester.

Later, he returned with the woman to her home, where he tied her to a bed. 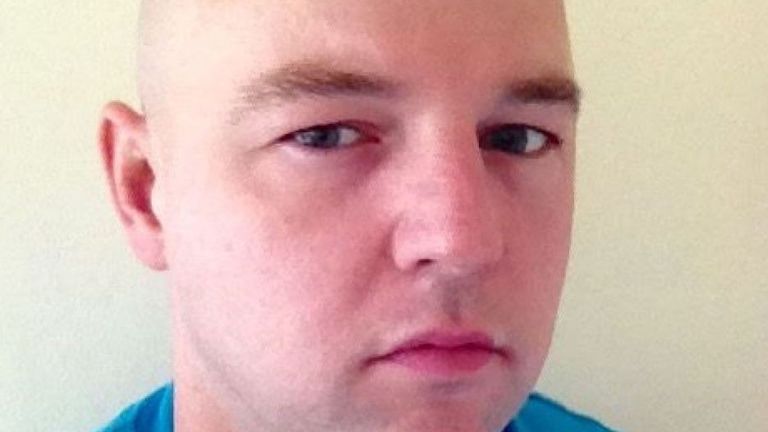 In a neighbouring room he raped the woman’s 11-year-old son in front of the boy’s 17-year-old sister, who he also raped.

The trial heard how the family only escaped when the teenage girl jumped naked from the bedroom window and ran to a neighbour’s house to call the police.

Hours later, a 71-year-old woman was abducted as she finished shopping at a supermarket in Ramsbottom.

She was raped and forced to drive her own car, as McCann abducted more victims.

The first, a 13-year-old girl, was snatched from the street in the town of Heywood.

The elderly victim was made to drive them to Knutsford services on the M6, where the two victims managed to escape and seek help from other people in the service station.

Joseph McCann sped off in the 71-year old-woman’s car in search of more victims. 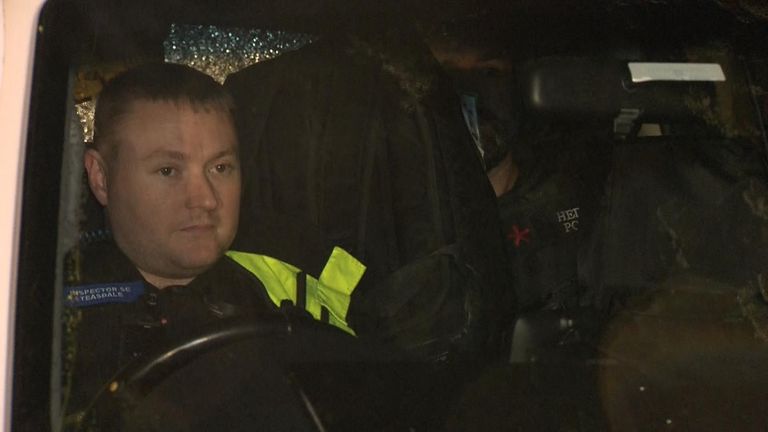 Just over half an hour later, McCann’s final victims, two 14-year-old girls, were abducted from a street in Congleton in Cheshire.

But by this time, police were closing in. A patrol car spotted the stolen vehicle in Congleton and gave chase.

In a short but dramatic pursuit, McCann tried to outrun the police car, his two terrified teenage victims in the back seat, shouting and waving at people to help.

McCann smashed into the front of another car on a roundabout, before abandoning his stolen vehicle and his two victims in a local housing estate.

After a huge manhunt, he was later found hiding halfway up a tree and was arrested.

McCann’s reign of terror spanned two weeks. In that time, he left 11 innocent people with a psychological trauma they will have to live with for the rest of their lives. 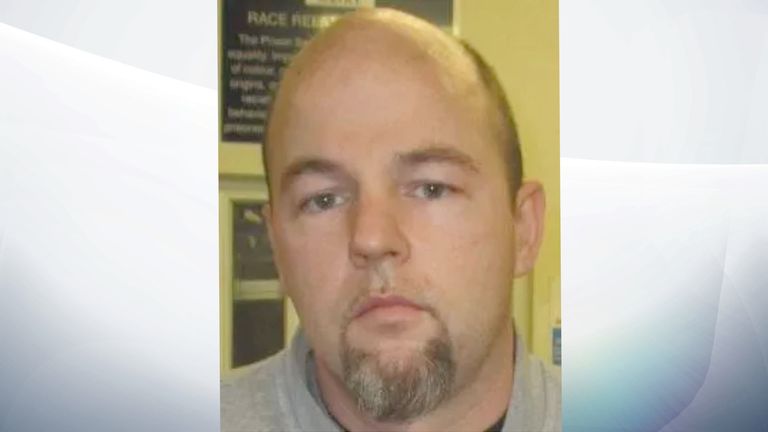 McCann, who denied the charges against him, refused to attend his trial and chose not to give evidence in his defence.

Following the jury’s verdicts, DCI Goodwin branded McCann a “depraved and extremely dangerous individual” and said the case was one of the most shocking she had worked on.

She said the serial rapist had subjected “11 innocent people to horrific sexual and physical assaults – the memory of which they will have to live with for the rest of their lives”.

DCI Goodwin said: “One of the victims described looking into McCann’s eyes as he attacked her and seeing pure evil; anyone who sat through the trial and listened to the evidence can have no doubt she was right.”

She added: “We never have got to know exactly what it is that’s motivated him to do this because he’s never spoken to anyone throughout the investigation or the criminal justice process.

“He’s gone about everything he can to make his victims suffer from the very beginning through to the end of this trial.

“He’s acted in an evil manner throughout.”

Tetteh Turkson, from the Crown Prosecution Service, said McCann “behaved with shocking depravity” and the victims endured “horrifying acts of sexual violence and were subjected to a truly terrifying ordeal”.

He also praised the victims’ “great strength of character in recounting their stories to police and giving evidence to the court; reliving some of what must have been the darkest moments of their lives”.

McCann will be sentenced on Monday.