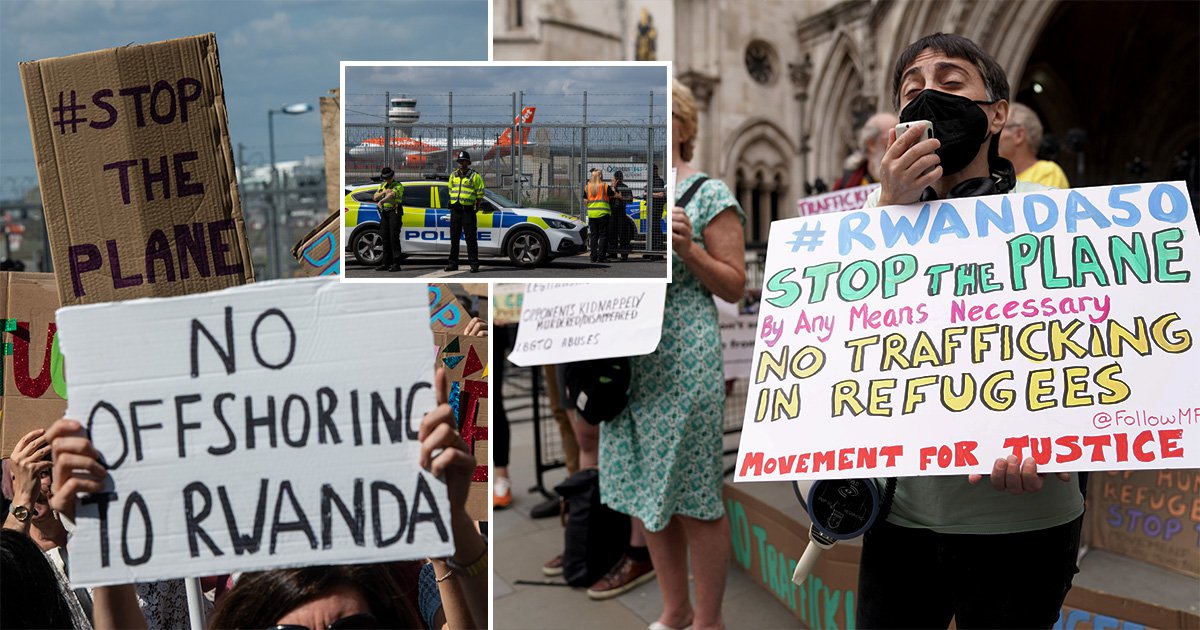 A last minute bid to stop a flight due to relocate asylum seekers to Rwanda has been rejected by Court of Appeal judges.

Priti Patel’s controversial policy will go ahead tomorrow, despite it being named ‘absolutely chilling’ and ‘cruel’ by charities and top figures.

But it will have fewer people than initially planned onboard after lawyers fought for individual clients on human rights and modern slavery grounds.

Care4Calais, a charity that supports refugees, said earlier 21 tickets had been cancelled, but 10 people were still expected to be forced out of the UK.

The judgement follows a previous decision by the High Court that it was in the ‘public interest’ for the government to carry out its policies.