Assange appeared by videolink from Belmarsh Prison in south London as lawyers discussed next week’s hearing to decide whether he should be extradited to the US to face spying and cybercrime charges. His barrister Edward Fitzgerald claimed former Republican US Representative Dana Rohrabacher visited Assange in 2017, saying he had been sent by the president to offer a pardon. Mr Rohrabacher rejected this.

It is a complete fabrication and a total lie

The pardon would come on the condition that Assange testify the Russians were not involved in the email leak that damaged Hillary Clinton’s presidential campaign in 2016 against Trump, according to Mr Rohrabacher’s statement.

White House spokeswoman Stephanie Grisham denied the offer was ever made.

“He’s never spoken to him on this subject or almost any subject. It is a complete fabrication and a total lie.” 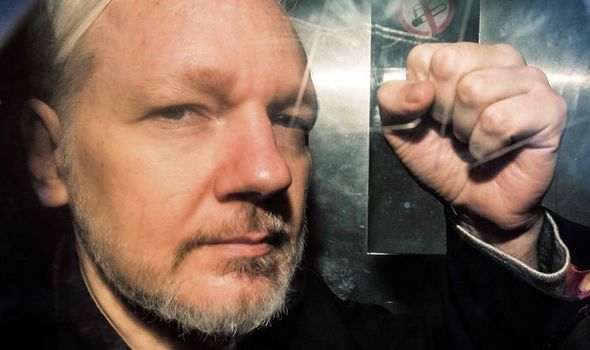 And Mr Rohrabacher also said he have never discussed Assange with the president and denied being sent on Mr Trump’s behalf.

He said he was acting on his own when he offered to ask Mr Trump for a pardon if Assange would say how he got the emails.

He said he relayed Assange’s willingness to co-operate to Mr Trump’s then-chief of staff, John Kelly, but said he heard nothing further from the White House. 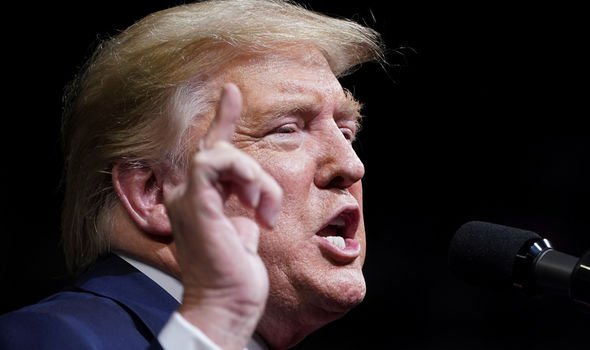 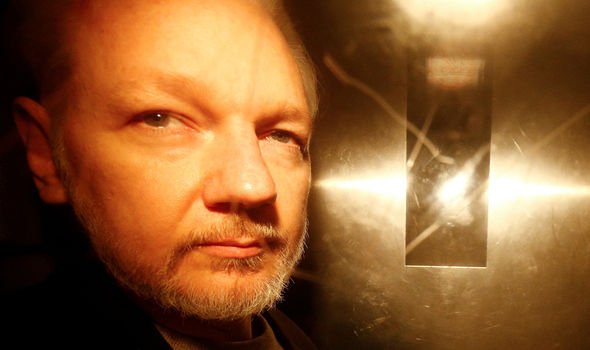 US intelligence agencies concluded that Russia interfered in the 2016 election to try to help Trump win, in part by hacking and releasing emails embarrassing to Ms Clinton.

Russia denied meddling and Mr Trump denied any campaign collusion with Moscow. A probe by US Special Counsel Robert Mueller did not establish that members of the Trump campaign team conspired with Russia during the election.

Assange, 48, who spent seven years holed up in Ecuador’s London embassy before he was dragged out last April, is wanted in the US on 18 counts including conspiring to hack government computers and violating an espionage law.

He could spend decades behind bars if convicted.

The full extradition hearing will be split in two parts with the second half delayed until May.

Shadow chancellor John McDonnell warned extraditing Assange to the US would “damage the democratic standing” of the UK.

Speaking after spending two hours with Assange inside Belmarsh, Mr McDonnell said: “I think this is one of the most important and significant political trials of this generation, in fact longer.

“I think it’s the Dreyfus case of our age.

“The way in which a person is being persecuted for political reasons, for simply exposing the truth for what went on in relation to recent wars.”