The WikiLeaks founder, who is currently being detained at Belmarsh prison, appeared before the Old Bailey this morning as District Judge Vanessa Baraitser delivered her judgement. The District Judge announced the extradition request had been denied, giving the US 15 days to appeal the judgement. Mr Assange, 49, sat in the dock as the verdict was delivered, wearing a suit and a facemask.

The judge said Mr Assange is not protected by the current US/UK treaty and the Extradition Act 2003, which does not protect against prosecution for political offences.

Ms Baraitser said the crimes the WikiLeaks founder is accused of constitutes a political offence.

She said the alleged activities went beyond the activity of a journalist and noted the alleged password-cracking conspiracy.

The District Judge said Mr Assange went beyond investigative journalism as he was trying to obtain information by hacking.

She said free speech rights do not provide “unfettered discretion by Mr Assange to decide what he’s going to publish” and also noted the Australian national would likely be found in violation of the Official Secrets Act if tried in the UK.

Judge Baraitser told the court constitution and procedural protections will be applied to Mr Assange’s trial to ensure it is a fair trial.

She added that a US court will ensure the WikiLeaks founder gets the legal protections in the constitution. 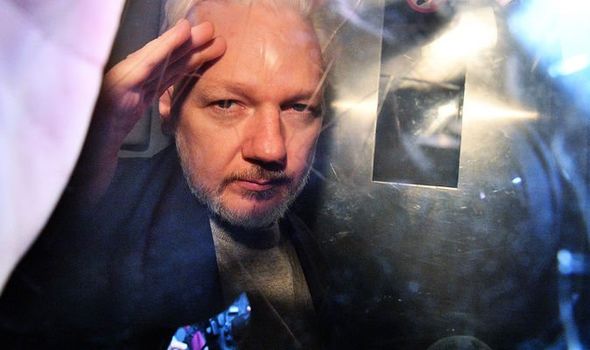 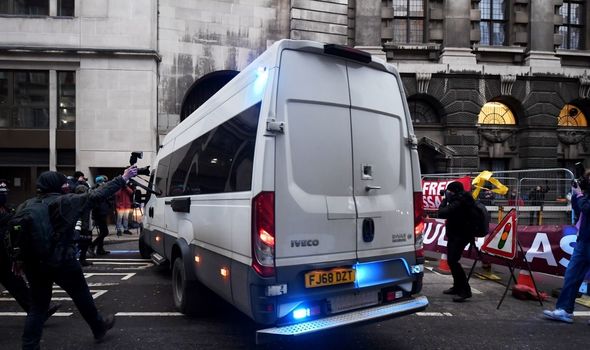 The Australian national has been wanted by the US government for nearly a decade, and is accused of breaking the Espionage Act.

He faces an 18-count indictment, alleging a plot to hack computers and a conspiracy to obtain and disclose national defence information.

It comes after WikiLeaks published hundreds of thousands of leaked documents in 2010 and 2011 relating to the Afghanistan and Iraq wars, as well as diplomatic cables.

Prosecutors say Mr Assange helped US defence analyst Chelsea Manning breach the Espionage Act in unlawfully obtaining material, was complicit in hacking by others, and published classified information that put the lives of US informants in danger.

Mr Assange denies plotting with Ms Manning to crack an encrypted password on US Department of Defence computers and says there is no evidence anyone’s safety was put at risk. 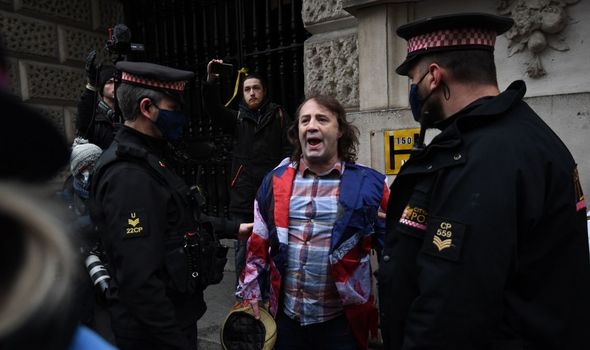 His lawyers have said the Australian national faces up to 175 years in jail if convicted, although the US government said the sentence was more likely to be between four and six years.

Kristinn Hrafnsson, WikiLeaks editor-in-chief, said: “The mere fact that this case has made it to court let alone gone on this long is an historic, large-scale attack on freedom of speech.

“The US Government should listen to the groundswell of support coming from the mainstream media editorials, NGOs around the world such as Amnesty and Reporters Without Borders and the United Nations who are all calling for these charges to be dropped.

“This is a fight that affects each and every person’s right to know and is being fought collectively.” 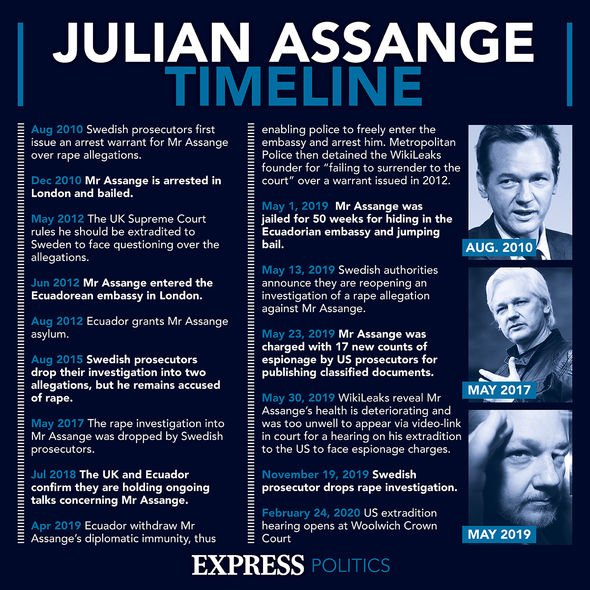 Mr Assange has been held in Belmarsh prison since April 2019.

The WikiLeaks founder was sentenced to a 50-week jail sentence for breaching bail conditions by fleeing to the Ecuadorian embassy, where he stayed for nearly seven years.

He was due to be released on September 22, 2019 but a court decided to keep him locked up, because of “substantial grounds” for believing he would abscond.

As such, he is not currently serving a sentence at present, and his status is “on remand”.