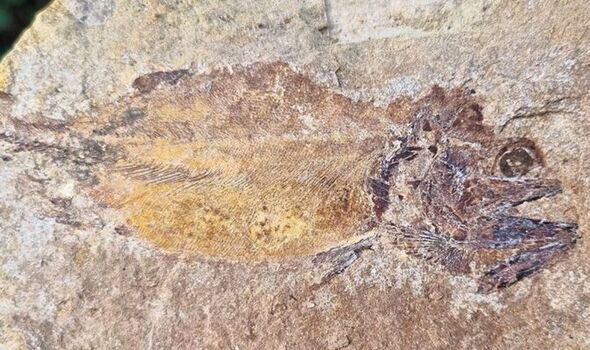 A team of palaeontologists discovered preserved fish, marine reptiles, squids and rare insects that date back to an era when dinosaurs roamed the Earth. Layers of limestone have kept the fossils intact at the field belonging to Adam Knight in King’s Stanley, Gloucestershire.

Experts believe there was a Jurassic sea where Adam’s field is located and that it spanned as far as Worcestershire, reports Birmingham Live.

Despite being hidden for thousands of years, photos of the fish fossils show that even their eyeballs, scales and fins can still be seen clearly.

Among the finds was the head of a Pachycormus Jurassic fish. 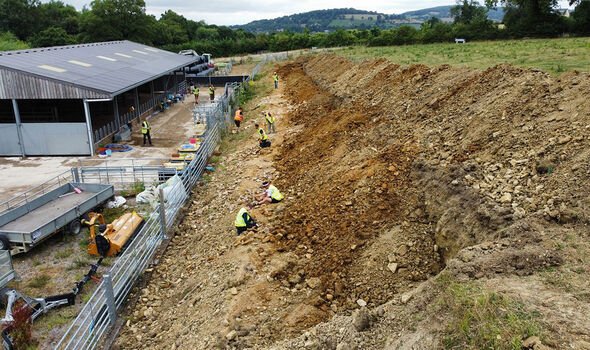 Dr Dean Lomax, a palaeontologist and visiting scientist at The University of Manchester, said: “The site is quite remarkable, with numerous beautifully preserved fossils of ancient animals that once lived in a Jurassic sea that covered this part of the UK.

“Inland locations with fossils like this are rare in the UK. The fossils we have collected will surely form the basis of research projects for years to come.”

Fossil collectors Sally and Neville Hollingworth were behind the discovery.

It is not the first time they have struck gold as they also uncovered remains of mammoths at Cotswold Water Park. 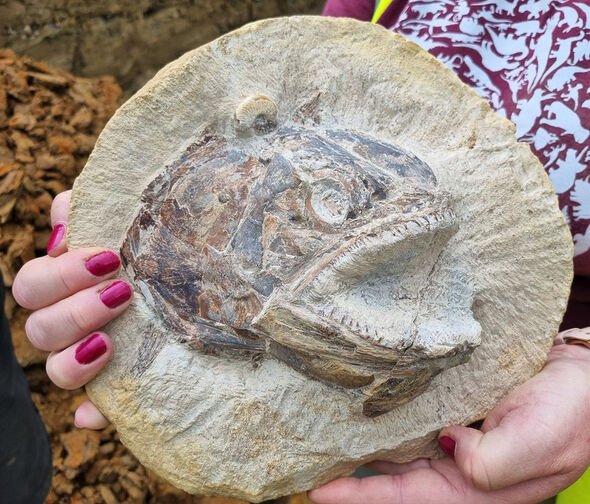 “The clay layers exposed at this site near Stroud have yielded a significant number of well-preserved marine vertebrate fossils.

“The fossils are comparable to the famous and exquisitely preserved similar fauna of the Strawberry Bank Lagerstätte from Ilminster, Somerset – a prehistoric site of exceptional fossil preservation.

“Excavations at King’s Stanley have revealed a rich source of fossil material, particularly from a rare layer of rock that has not been exposed since the late 19th Century.” 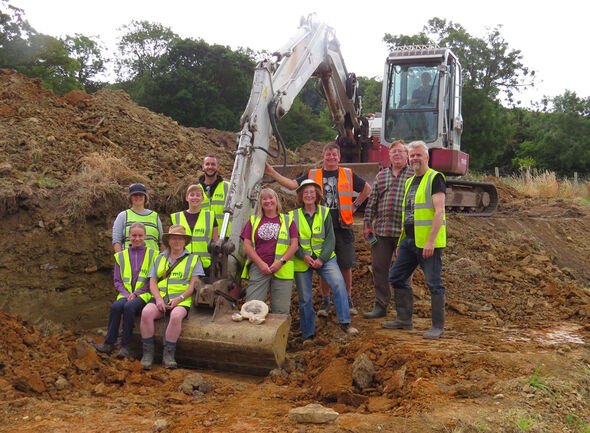 A team of eight scientists were involved in the latest dig this Summer.

During that time, roughly 200kg of clay was collected and sieved in a state-of-the-art sediment processing machine to extract small teeth and bones.

Many specimens collected will be donated to Stroud’s Museum in the Park to add to its palaeontology collection.

Nigel Larkin, specialist palaeontological conservator, said: “Give a person a fish and you feed them for a day. Give a palaeontologist a fossil fish and they will tell you the species, the age of the rock, the climate of the time when the fish was alive, plus the water depth and salinity and plenty of other information.

“This site – already an interesting farm in a beautiful setting – is one big outdoor classroom.”