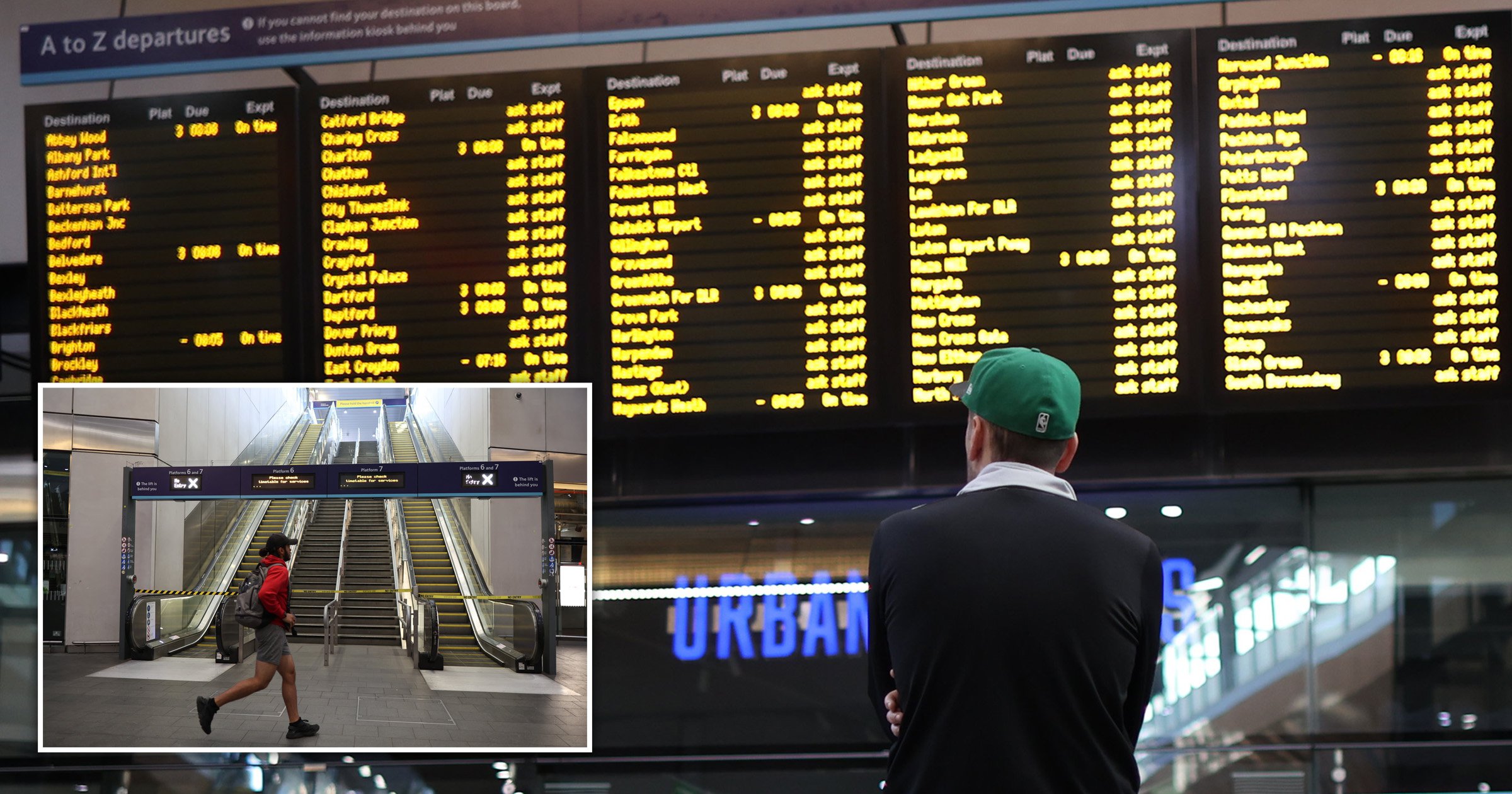 Commuters and tourists are braced for further travel chaos today as the latest strike action in the UK begins.

Tens of thousands of rail workers have walked out amid a long-running dispute over pay, jobs and work conditions.

Many operators have warned ‘only to travel by rail if absolutely necessary’.

Only around one in five trains will run today, with some areas facing no services all day, as the unions stage their second stoppage in three days.

The strike action comes fresh off the back of London’s latest tube strikes yesterday, which resulted in packed bus stops and huge delays.

Uber profits skyrocketed as people turned to other ways to traverse the capital.

Football and cricket fans, tourists and holidaymakers are among passengers affected by the disruption.

Unions and the government are still furiously bickering to find a compromise, but Transport Secretary Grant Shapps has allegedly refused to join negations.

RMT general secretary Mick Lynch said: ‘RMT will continue to negotiate in good faith but we cannot tolerate being bullied or hoodwinked into accepting a raw deal for our members.

‘The Government need to stop their interference in these disputes so the employers can come to a negotiated settlement with us.’