Justin Trudeau and his wife Sophie were seen in Westminster Hall, as the couple prepare to pay their tribute to the late Queen. As the Canadian Prime Minister came into the Hall, he was spotted bowing to the Queen. He was accompanied by his wife.

Mr Trudeau had paid a heartfelt tribute to the Queen as he could hardly contain his emotion upon her passing.

Upon announcing his visit, Mr Trudeau said in a statement: “Her Majesty Queen Elizabeth II was steadfast in her service to Canada, the Commonwealth, and its people. It is with a heavy heart, but deep appreciation, that we will come together to honour Her Majesty – whose lifetime of public service is an extraordinary example to us all.”

The Canadian Prime Minister has also announced a federal holiday for the state funeral of the Queen on September 19. 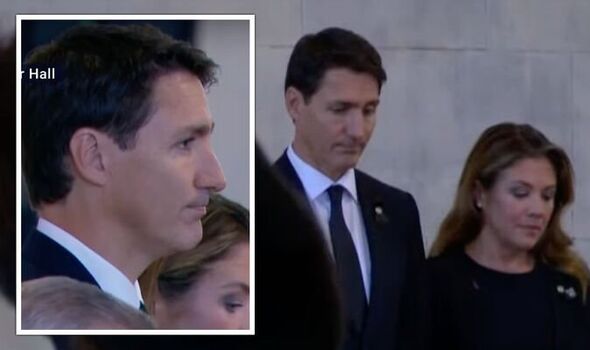 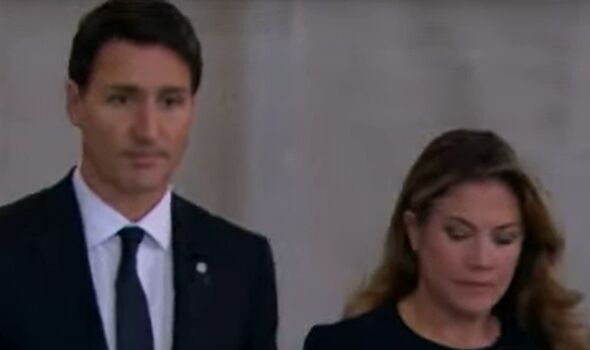 Mr Trudeau paid his respect to the Queen in a heartfelt tribute, saying he was “extraordinarily fortunate to have known Her Majesty throughout my life”.

“The first time I met her was in 1977 when I was just a little boy,” he told MPs during a special session of Canada’s House of Commons.

“When I would meet with her as Prime Minister almost four decades later in 2015, I joked that the last time that we had met she had been taller than me – she responded with a quip about my making her feel old.

“Her sense of humour was one of her many great qualities and one of the many reasons why she was one of my favourite people in the world.” 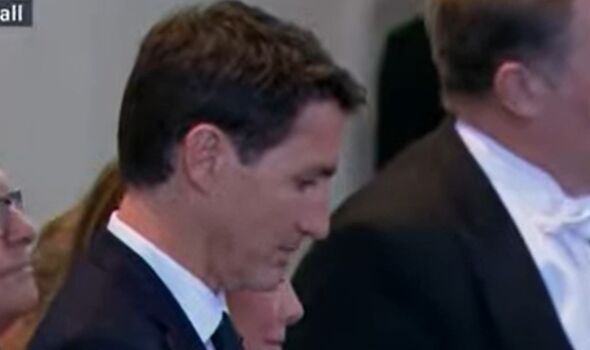 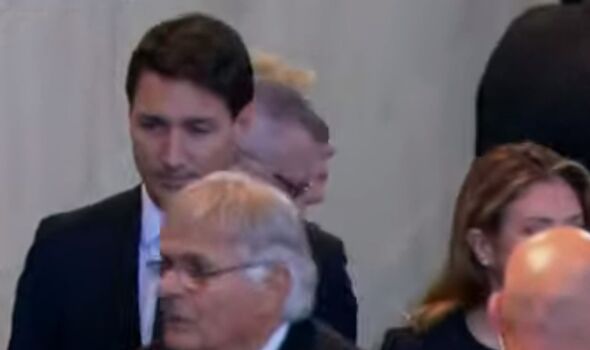 He is the first world leader to visit the Queen lying in state.

More heads of state like French President Emmanuel Macron and US President Joe Biden havce also announced they would be present for the Queen’s funeral on Monday. 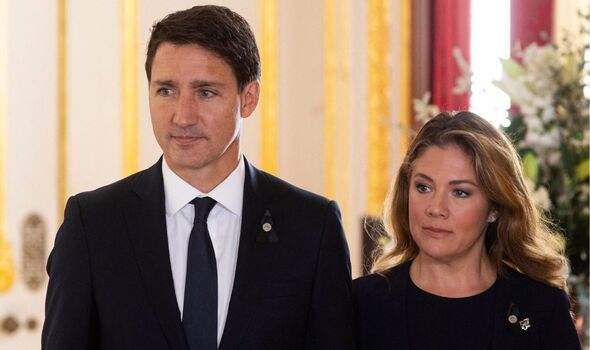 Around 500 foreign dignitaries are expected to attend the service at Westminster Abbey, including kings and queens from across Europe, and leaders of Commonwealth nations.

The Queen is lying in state at the Palace of Westminster to allow members of the public to pay their respects.

Her coffin will be moved to the church for the state funeral service on Monday morning.