When Kate and Prince William tied the knot in Westminster Abbey on April 29 2011, the future Queen wore an elegant lace gown designed by Sarah Burton for Alexander McQueen, with a satin bodice and floral motifs.

Princess Diana’s dress was a much more extravagant affair, an ivory silk and taffeta gown designed by David and Elizabeth Emmanuel with a 25ft long train.

However both dresses had a hidden significant detail – a small blue bow sewn in for good luck.

There were other elements of Kate and William’s wedding day that echoed that of Charles and Diana’s too. 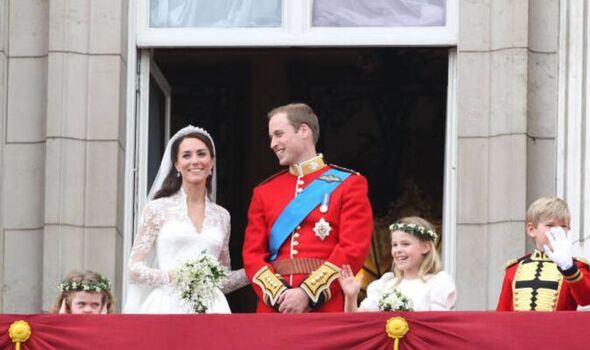 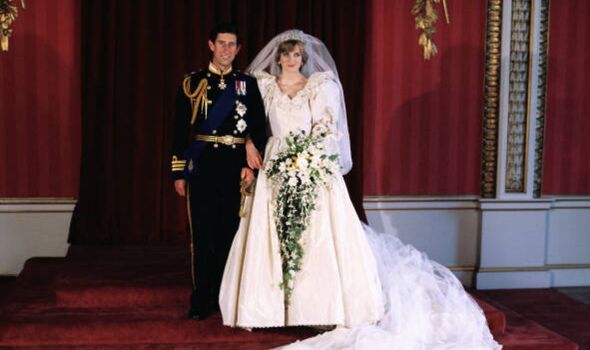 For instance, both brides wore earrings from their respective parents.

Kate’s were a gift from her mother and father Carole and Michael Middleton and were comprised of diamond-set stylised oak leaves with a pear-shaped diamond set-drop and a pavé-set diamond acorn in the centre.

Diana’s consisted of over 50 diamonds and had originally belonged to her mother Frances Shand Kydd. 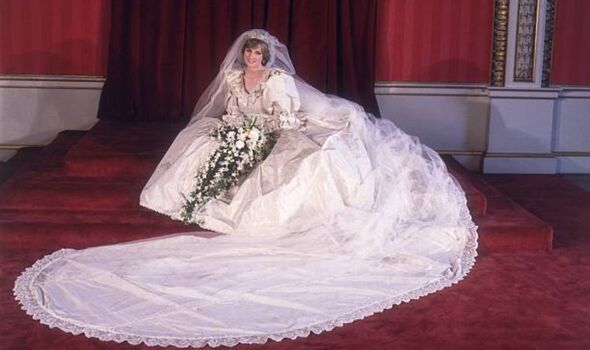 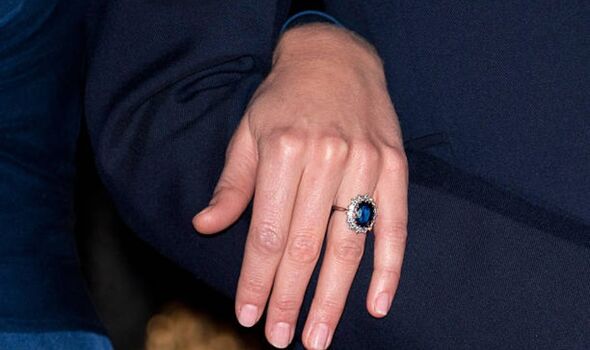 Both royal couples also walked back down the aisle to the same processional music, William Walton’s orchestral march Crown Imperial.

It is well known among royal fans that William proposed to his bride with his mother’s famous blue sapphire engagement ring, selected by the former Princess of Wales herself after her fiance presented her with the selection himself.

The ring features a 12-carat oval blue sapphire surrounded by fourteen solitaire diamonds and is set in 18K white gold. 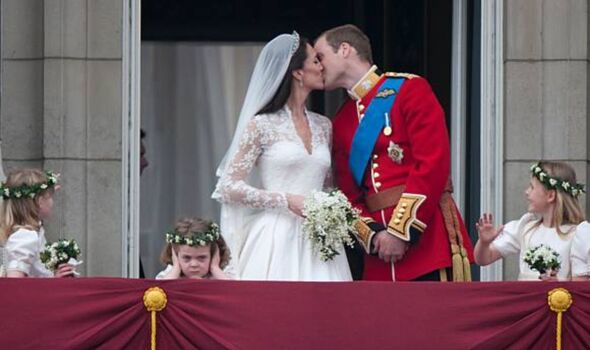 After Diana’s death in 1997, it was thought her sapphire ring originally went to Prince Harry, however, he gave it to his elder brother upon hearing of his plans to propose to Kate.

It has now become a royal tradition for newlyweds to appear on the Buckingham Palace balcony after the ceremony to greet the huge crowds of wellwishers.

Prince Charles and Princess Diana treated their audience to a kiss back in 1981, with the Duke and Duchess of Cambridge kissing for the crowds not once but twice.