The Duke and Duchess, 40, will watch the final showdown between defending champion Novak Djokovic and Nick Kyrgios from the royal box overlooking Centre Court. This is Kate’s second Wimbledon outing of the weekend as the tournament draws to a close.

The Duchess looked effortlessly chic with her brown hair down, donning a navy polka-dot dress with ruched sleeve detail for the occasion.

She grinned as she walked towards Centre Court alongside Prince William, who looked smart in a beige jacket with pale blue shirt and complementary blue tie.

As the couple made their way to the royal box, one royal fan cooed: “Love their outfits.”

Another added: “Wonderful couple in blue.” 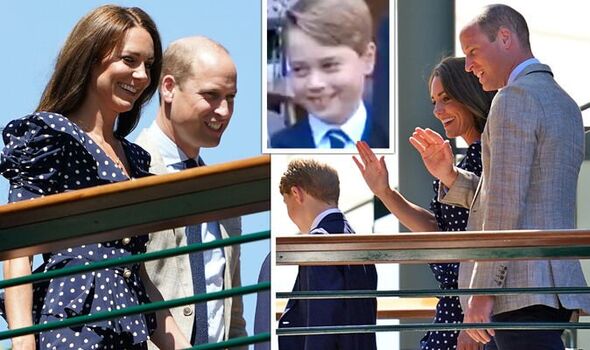 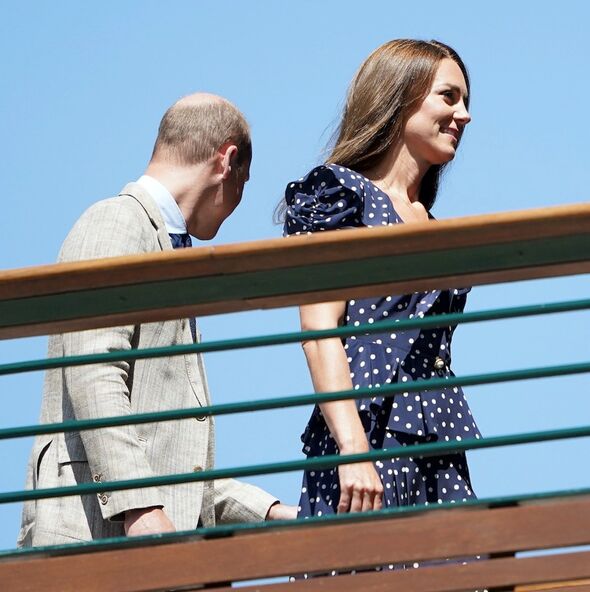 Kate is expected to present the winning and runner-up trophies following the match, after she handed the Venus Rosewater Dish to Elena Rybakina on Saturday.

The Duke and Duchess have attended a number of this year’s Wimbledon matches, including Tuesday’s quarter-final contest between Mr Djokovic and Italy’s Jannik Sinner.

The Duchess could be heard complimenting Mr Norrie after he crashed out of the competition in the semi-final. 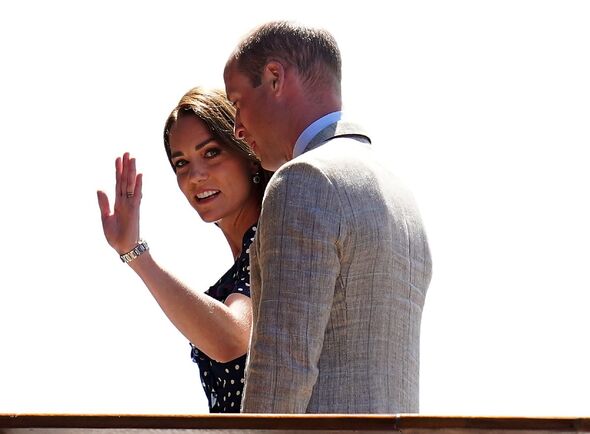 She told a group gathered around her: “He had such a good game, he really did.”

Taking centre stage for the women’s singles final earlier in the weekend, Kate was radiant in a canary-yellow dress as she chatted with professional players and Wimbledon staff.

The Duchess is a patron of the All-England Club, and is seen sporting the traditional purple and green bow on each of her outfits.

On the thirteenth day of Wimbledon, the result was contentious as Russian-born Rybakina claimed the women’s singles title. 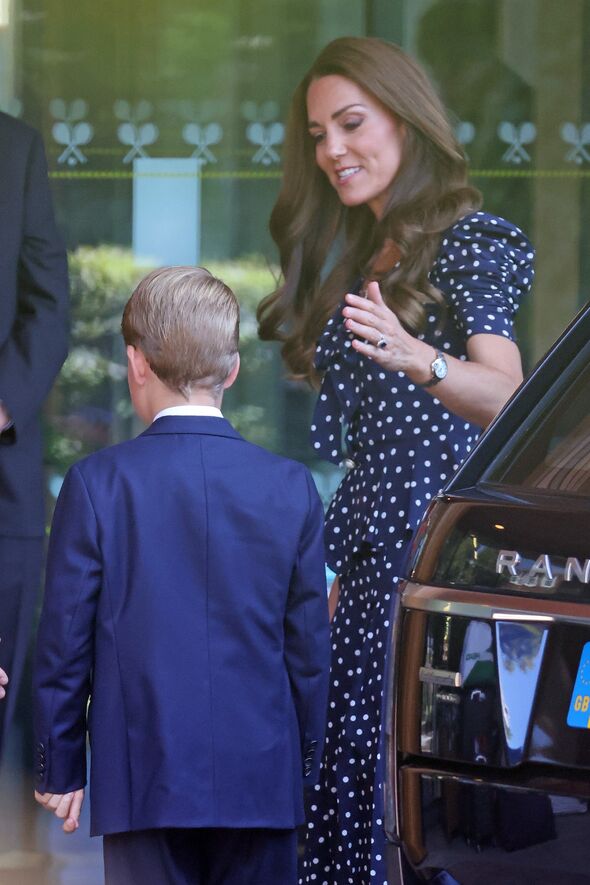 Rybakina played under the Russian flag until 2018, when she made the switch to the Kazakh colours for increased funding.

Rybakina, ahead of meeting the Duchess, expressed her excitement for what she was sure was to be an “amazing” moment.

She said: “It’s an honour and I’m going to be very excited for this moment no matter if I win or lose.

“I think it’s just something to remember and it’s going to be amazing.”