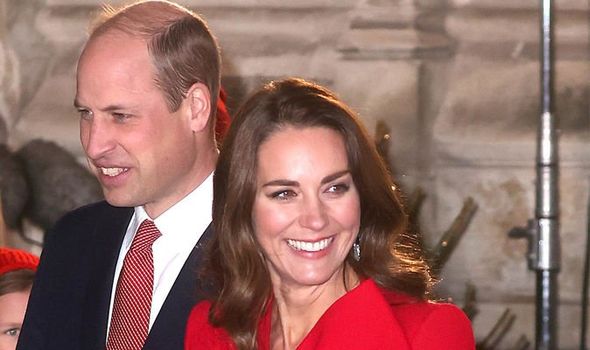 Kate and Prince William’s Twitter account shared an adorable message counting down the days to the broadcast of Together at Christmas, the carol concert presented by the Duchess of Cambridge. In a Twitter thread, Kensington Palace reminded royal fans the event will air on Christmas Eve before introducing some of the unsung heroes who were invited to attend the special service at Westminster Abbey.

The first inspiring unsung hero whose story is highlighted in this string of messages is the one of Paul Johnston.

The post read: “He’s been instrumental in building Monkstown Boxing Club, a cross-community boxing club in a low-income area, and in helping many young people.”

A second post tells the story of Claire Calder, who set up a non-profit community group during Mental Health Awareness Week.

This organisation “funnels all money raised back into the community with an aim of making it a better place”, the Kensington Palace’s tweet read.

It continued: “The group is made up of women who actively encourage, support each other & their community.”

Another story highlighted by Kate and William is the one of Sebastion Hall.

The Twitter post read: “18-years-old, he raised over £40,000 during the last year by doing over 2000 random acts of kindness – helping provide inclusive IT equipment, social and vocational opportunities to young people who are isolated due to disability and/or disadvantage.”

Finally, Kensington Palace spoke about the Delf Family, saying: “Carla & Stuart have been supported by EACH during their life, and following the death, of their son, Fraser.

“Fraser’s brother, Stuie, also receives support and during the pandemic raised an incredible £17,000 by running 5k every day in May 2020 in memory of his brother.”