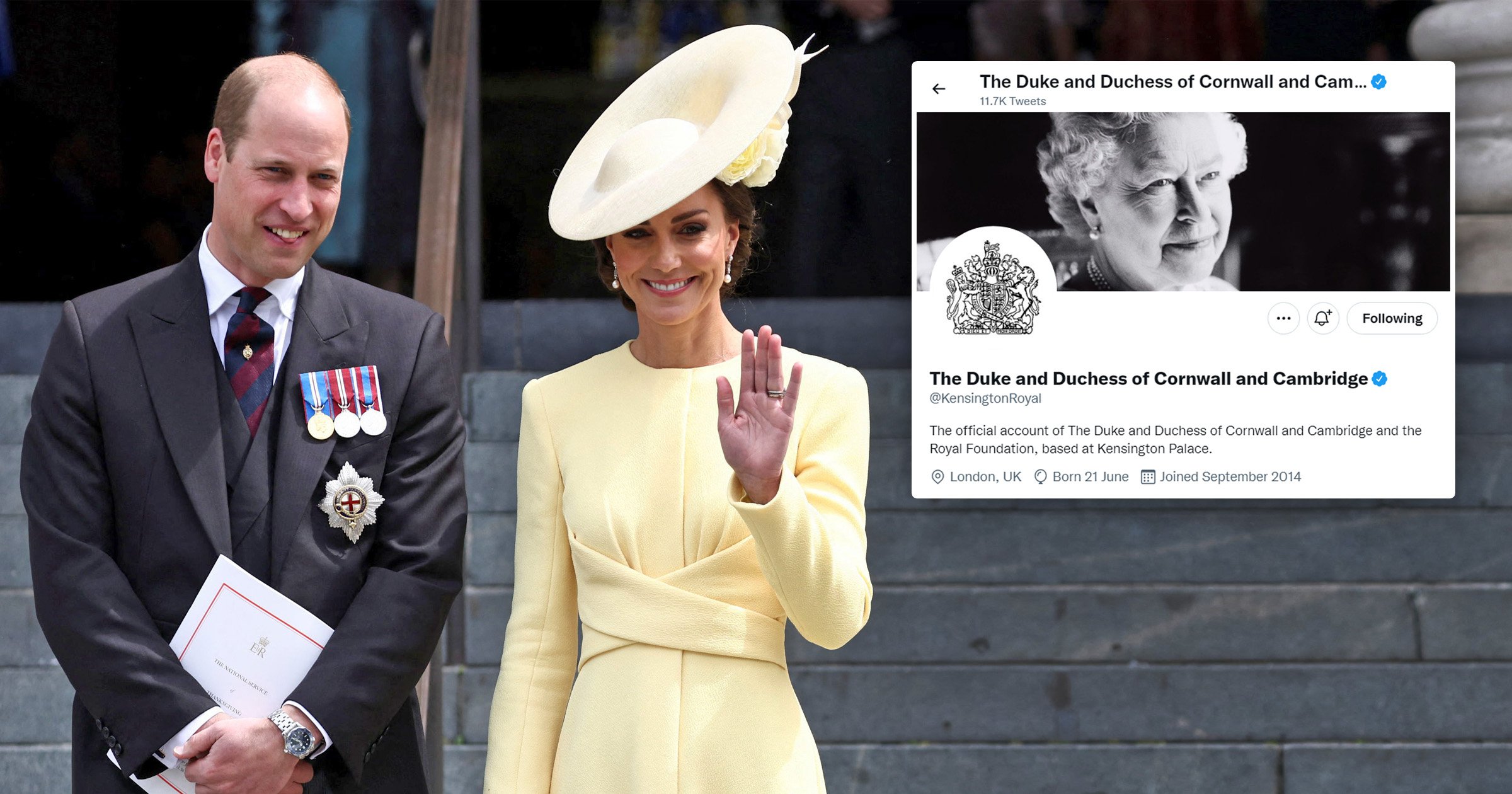 William and Kate’s formal titles have changed with the death of the Queen.

Their Twitter account reflected a change in their styling to reflect the shift which has occurred in the royal structure.

They will now be known as the Duke and Duchess of Cornwall and Cambridge, inheriting the title previously held by Camilla.

Kensington Palace has since confirmed the change.

It comes after Clarence House confirmed the new king, formerly the Prince of Wales, will be known as Charles III.

Camilla, formally the Duchess of Cornwall, will now be known as the Queen Consort.

Under the British constitution, the crown passes immediately to the heir without any delay until the coronation, which only serves as a ceremonial formality.

Prince William will also now need to adjust to his new role as heir to the throne, with his son George taking his place as third in line.

The news of the monarch’s death was confirmed in a short statement by Buckingham Palace.

It read: ‘The Queen died peacefully at Balmoral this afternoon

‘The King and The Queen Consort will remain at Balmoral this evening and will return to London tomorrow.’

Large crowds have begun to form outside Buckingham Palace as people look to pay tribute to the Queen.