Kate and William have been attempting to restore their reputation in the wake of Meghan Markle and Prince Harry’s jaw-dropping interview with Oprah Winfrey. It aired a week ago on ITV, but both the Palace and royal watchers are still reeling from the couple’s astounding allegations about how the Firm handles race and mental health. Meghan also claimed Kate made her cry over her bridesmaids’ dresses before her wedding, not the other way around as was reported.

Harry alleged his brother was “trapped” in the system of monarchy.

He added “I love William to bits” but “we’re on different paths”, and that their relationship is currently “space”.

The brothers are said to have spoken in the last week in an attempt to mend their rift, but the talks were “not productive” according to the Sussexes’ friend Gayle King.

The Duke and Duchess of Cambridge have put on a united front in the face of the ongoing backlash against them, and even made a joint appearance in a video to honour St Patrick’s Day on Wednesday.

The couple, both dressed in green, wished the public a “happy St Patrick’s Day”, with William saying it in Irish and Kate repeating the English translation.

William then turned to his wife and joked: “How come you got that easy bit?” 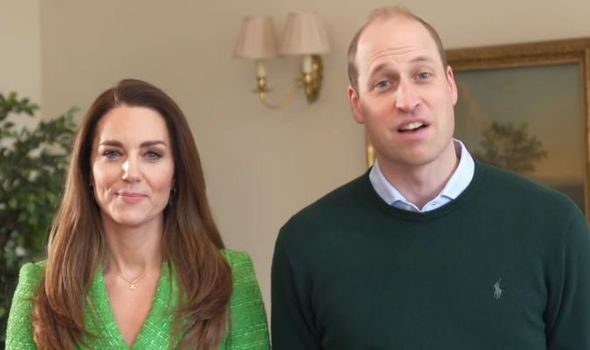 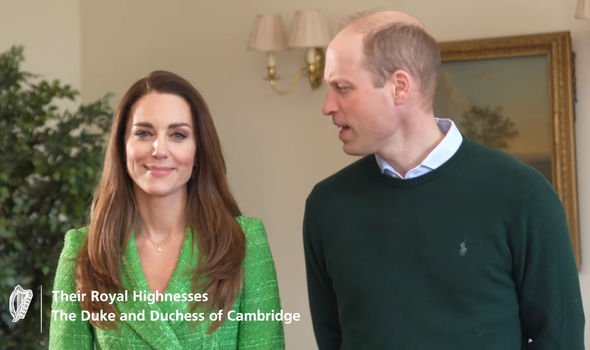 This exchange has been isolated in an eight-second clip, and received 3.4 million views on Twitter — along with some mixed reviews.

A Twitter user retweeted the footage, and commented: “This has radicalised me.”

The post received more than 37,000 likes, and triggered a wave of discussion in the comments section.

One account mocked: “Oh look they’re so likeable! Meghan was so wrong!”

Another said: “Not sure the future King of England should be throwing out [Irish] when the crown made a pretty strong effort to wipe out the language.”

When the same video was posted to the Cambridges’ own Twitter account, @kensingtonroyal, fans were delighted to see the pair honouring St Patrick’s Day. 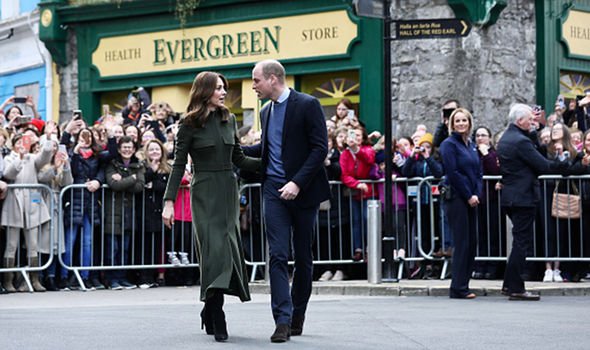 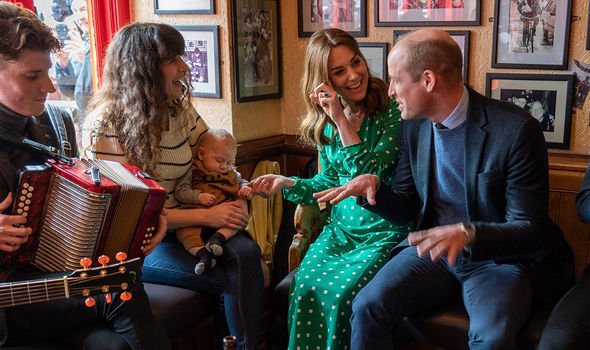 One commented: “Thank you so much for using the shamrock in your tweet. The correct symbol of Ireland.”

Another noted: “How great to see our Duke and Duchess celebrating this special day like they do every year even if there’s no parade. Very good message.”

Laws from the 14th Century stated that it was illegal for the native Irish to speak their language when in conversation with the English colonists.

These laws extended over the years up until Ireland’s secession from the UK in 1922, although the indigenous language of Ireland is still illegal in Northern Irish courts.

Other social media accounts claimed they were surprised by the Cambridges’ “PR attempts”, adding: “I’ve never seen these two work so hard.”

One bewildered Twitter user commented: “They need to chill out them two after that interview. 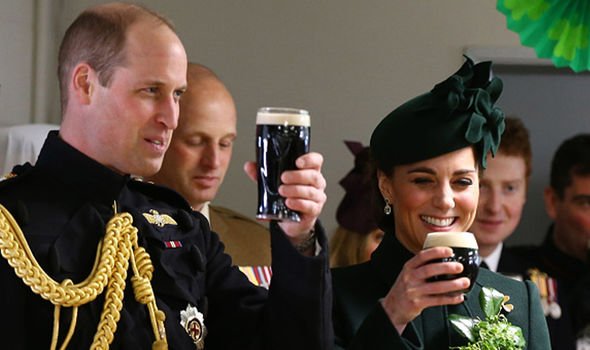 “I love them but they’re acting decidedly weird!”

However, a recent YouGov poll showed that William and Kate remain popular among Britons, with approximately three quarters of the population giving them favourable reviews.

It’s also worth noting that the Duke and Duchess of Cambridge have often honoured St Patrick’s Day during their time on the royal frontline together.

They traditionally attend the St Patrick’s Day parade with the 1st Battalion Irish Guards, where William gives the salute and Kate hands out shamrocks.

Last year’s event was cancelled as regiments were deployed overseas, and this year the pandemic restrictions prevented any large celebrations going ahead.

But, as William explained in the full length video shared by the Irish Foreign Ministry, the couple carried out their first official tour of Ireland last March. 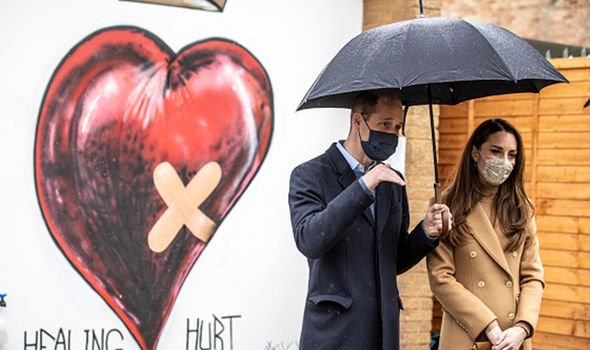 They visited Dublin’s Garden of Remembrance and the Guinness Storehouse.

They also entertained royal fans by trying their hand at traditional Irish sports.

In the full video, which was released on Wednesday, William explained: “We were so thrilled to be able to visit Ireland just over a year ago, a few short weeks before all of our lives were turned upside down by the pandemic.”

Kate added: “The warm welcome that we received everywhere was a testament to the friendship between our two countries and the strength of the relationship between the UK and Ireland.”

William continued: “We know that for Irish people all around the world today won’t be the same as normal, but we hope you can celebrate safely in any case.”