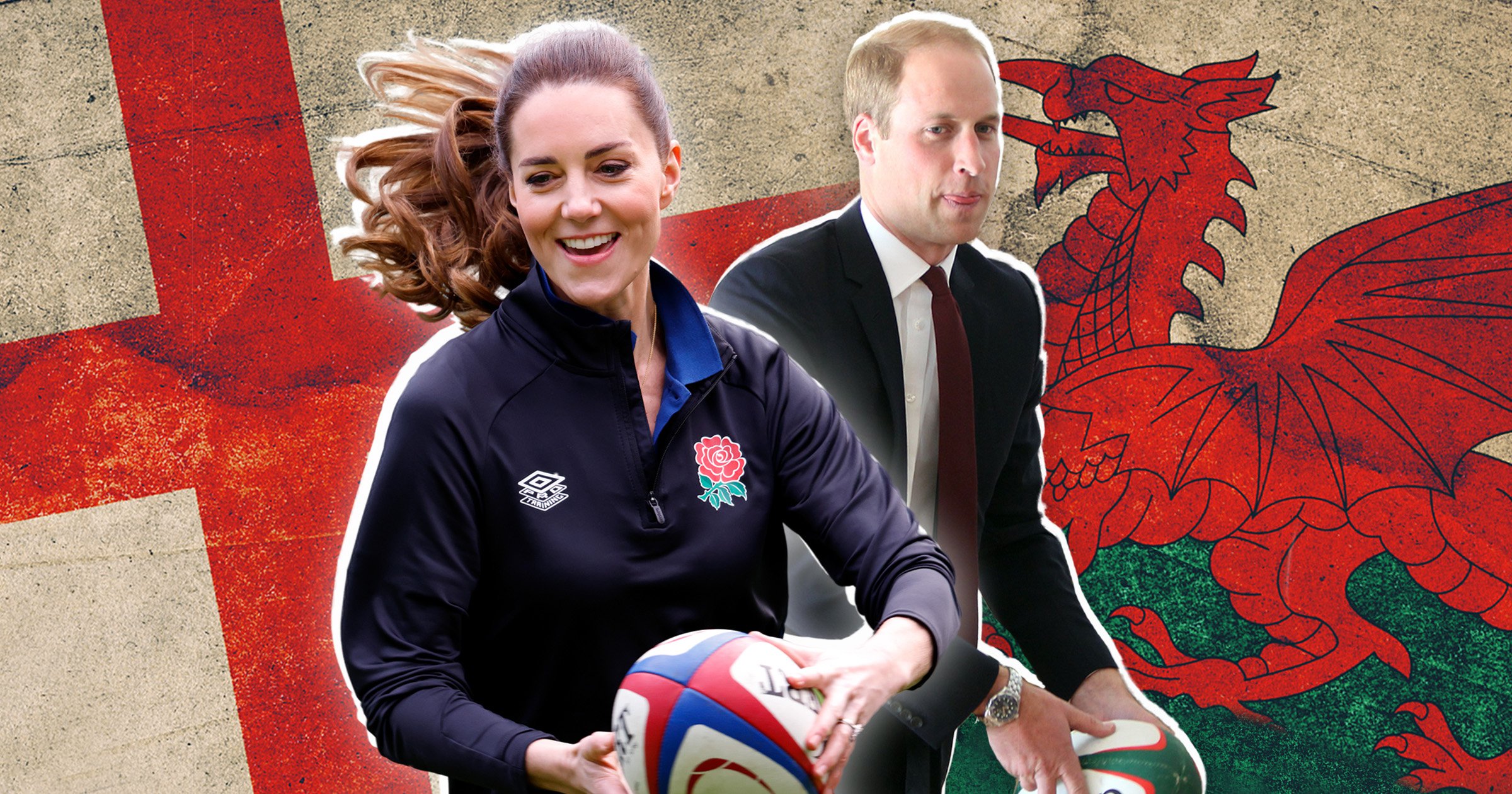 It also marks the start of a new, more personal rivalry in the form of the future king pitted against his own wife.

Prince William and Kate will both be at Twickenham later and the competitive pair may well have a lot to shout about.

It is the first match between the countries since Kate was made patron of the Rugby Football Union (RFU), putting her in direct competition with William, who has been patron of the Welsh Rugby Union (WRU) since 2016.

But it is not the first time the tie has caused division within the family – William’s brother Harry used to hold the title and the two watched games in the past wearing the opposing colours of their respective teams.

Joe Little, the Managing Editor of Majesty Magazine, told Metro.co.uk the ‘fiercely competitive’ couple will still approach the fixture in a good-natured way.

He said: ‘By their own admission the Duke and Duchess of Cambridge are fiercely competitive and we’ve seen this on numerous occasions when they’ve both taken part in sports activities.

‘That rivalry will continue off the field at Twickenham on Saturday afternoon, in a good-natured way. William may have a head start when it comes to rugby patronages, but Catherine won’t be intimidated by that. May the best team win!’

The sports-mad couple, who were united in cheering on the England men’s football team with their son George during the Euros last summer, are now on either side of a great-divide.

But it is not the first time the couple has got competitive over sport. They’ve faced off in everything from dragon boat racing to wind buggies while getting stuck-in during royal trips over the years.

Kate, who took over the prestigious role earlier this month after it was taken off Prince Harry, admitted that it will ‘make things interesting.’

At an England training session earlier this month, she was asked by player Ellis Genge about the new rivalry with William.

Kate laughed and said: ‘Ha, yes, what does that mean? We’re terribly competitive.

The 138th competitive meeting between England and Wales is already steeped in history, with the rivalry dating back to 1881.

Both sides recovered from defeats in their opening fixtures to win their subsequent matches.

Wales haven’t won at Twickenham since 2012 although did win the corresponding fixture in Cardiff last year.

Kate, 40, grew up watching England rugby games with the Middletons, and the family would plan their weekends around international matches.

Speaking last month, Kate also told of her children’s enthusiasm for rugby, saying George plays the sport at school and three-year-old Louis likes to be in the ‘middle of everything’.

She is the first member of the royal family to officially receive one of the Sussexes’ past royal patronages, which they were stripped of post-Megxit.

Harry is a passionate rugby fan who was left disappointed when he lost the prestigious appointments.