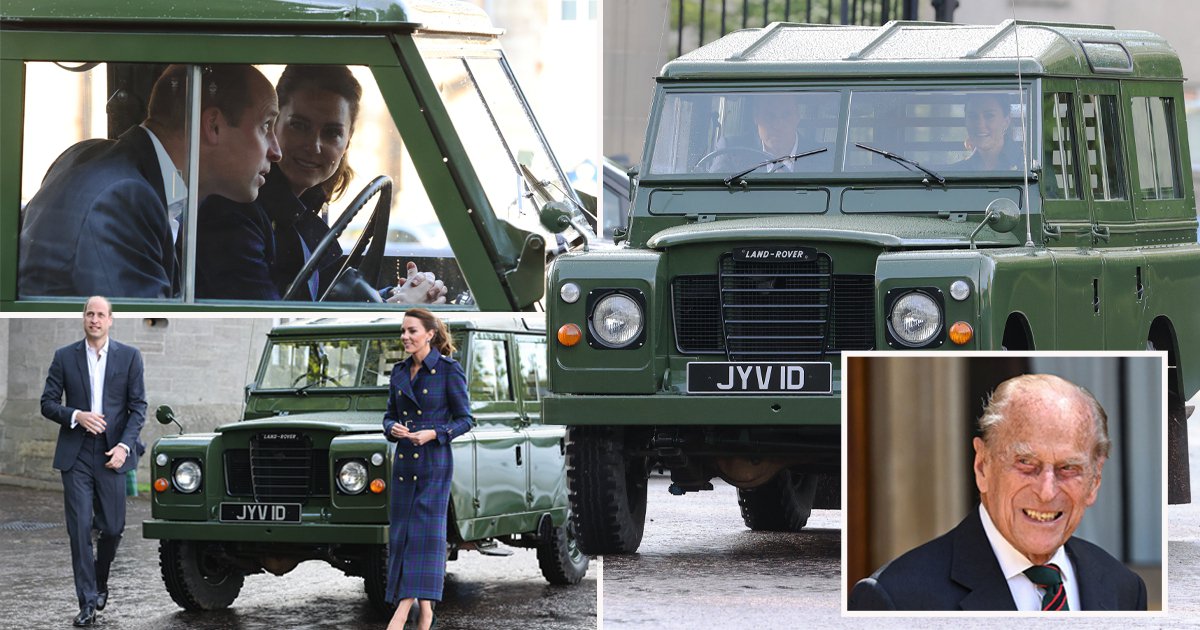 Prince William and Kate Middleton have paid a fresh tribute to Prince Philip by taking one of his beloved Land Rovers to a drive-in cinema.

The pair hosted NHS staff for a special screening of Disney’s Cruella at the Palace of Holyroodhouse in Edinburgh in honour of health workers’ efforts throughout the pandemic.

They had earlier visited the university town of St Andrews where they met while studying in 2001.

The Land Rover 1966 2A model belonged to the late Duke of Edinburgh and was loaned to the Duke and Duchess of Cambridge by the Queen.

Philip loved Land Rovers so much he personally designed a modified Defender model for use as a hearse – which he started work on in 2003 and was eventually used to carry his coffin to St George’s Chapel after his death in April.

His grandson parked in the forecourt of the palace, which is the official residence of the monarch in Scotland, alongside vintage vehicles used in the film.

The cars included a Panther De Ville famously used by the film’s titular character who first appeared in 101 Dalmatians.

Guests were drawn from various NHS workforces across Scotland and were nominated by a panel of health boards and members of NHS Charities Together, of which William and Kate are patrons.

In a speech thanking the workers, Kate said: ‘Over the last year or so, William and I have spoken to many NHS workers and have heard first-hand what it has been like to be on the front line fighting Covid-19; supporting those suffering from the disease as well as their families, and heroically putting the needs of others ahead of their own – day in, day out.

‘And tonight, we have so enjoyed speaking to so many of you.

‘You have all been chosen for going above and beyond over the last year – and to hear what you have been through is truly humbling.’

The duchess also thanked Queen Elizabeth for allowing her and William to host the palace’s first drive-in film screening.