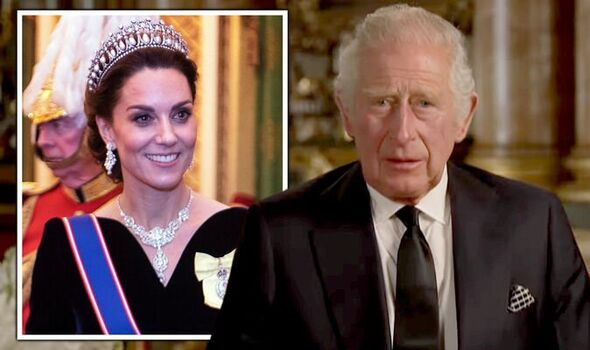 King Charles III addressed the United Kingdom at 6pm on Friday after Queen Elizabeth II passed away on September 8, 2022. The new King spoke lovingly of his family, and addressed Prince William and Kate during the address.

In his remarks, King Charles III addressed Kate with the title of ‘Princess of Wales’.

While Camilla was officially the Princess of Wales by marriage to Charles, she did not use the title to its association with Diana.

According to the official website for the Prince of Wales, which is temporarily suspended in honour of the Queen’s death, the title “is normally passed on when the existing Prince of Wales accedes to the throne”.

However, the title is not inherited automatically, which means that Prince William and Kate will only receive the titles if Charles chooses to bestow them.