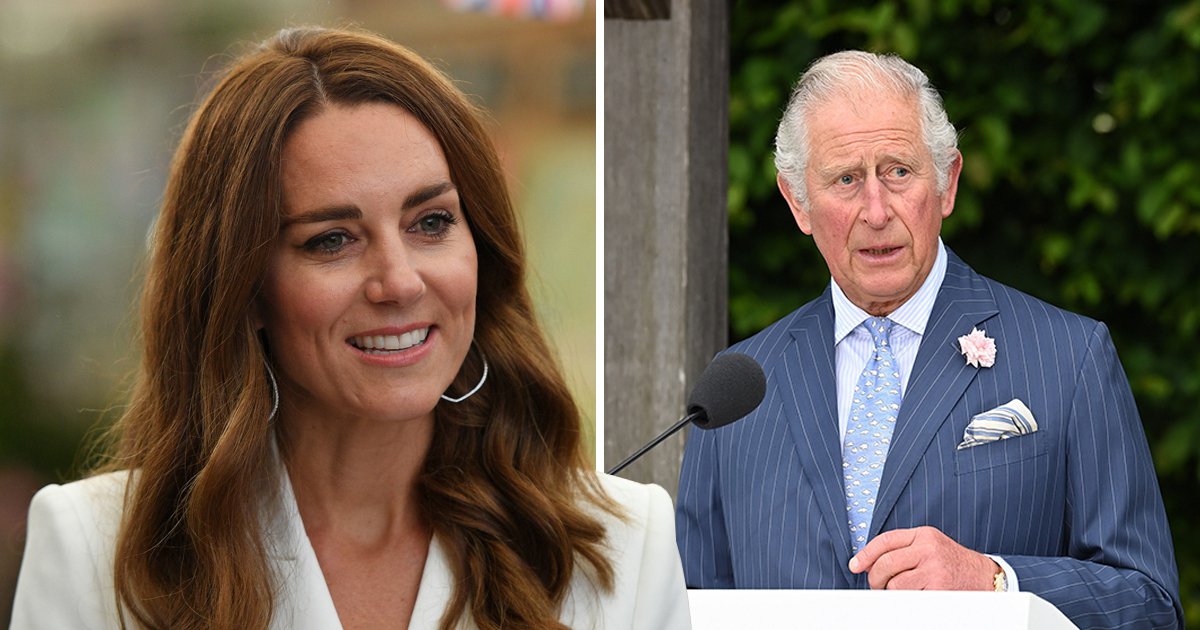 The Duchess of Cambridge greeted Prince Charles as she arrived at the Eden Project for dinner with G7 world leaders on Friday.

‘Hello Grandpa, how are you?’ she reportedly said.

The casual name for the future king of England is likely what Will and Kate’s children all call Charles.

The royals made frequent appearances at the G7 summit throughout the weekend, with the Queen entertaining presidents and prime ministers and enjoying her birthday within a few days of each other.

The same lip reader who said they noticed Kate and Charles’s sweet tradition, also claims to have caught a snippet of a conversation between the Queen and Camilla, Cornwall Live reports.

Camilla, who was holding the Queen’s shawl as the family walked through the attraction, held it out to her mother-in-law, and reportedly asked if she wanted it.

But the Queen is believed to have responded: ‘You have it.’

Camilla asked again: ‘Are you sure?’ and then Charles stepped in to help, saying: ‘She doesn’t want it.’

The Royal Family seemed to be in good spirits on Friday with the Queen joking as she posed with seven of the most powerful leaders in the world: ‘Are you supposed to be looking as if you’re enjoying yourself?’

The Royals and the ‘soft diplomacy’ they helped with were no doubt part of Britain’s efforts to charm G7 countries.

Boris Johnson pulled out all the stops to show his guests a good time, including a beach barbecue, an incredible Red Arrows performance and even a show-stealing appearance from the Prime Minister’s one-year-old son Wilfred.

It is thought that Mr Johnson is hoping to nurture his relationship with Joe Biden as he pursues a free trade deal with the US and a quarantine-free travel corridor between the US and the UK.

The media has been flooded with photos of world leaders laughing and enjoying multiple activities in the heatwave that has sweltered over the entire country.

But Mr Johnson is expected to deliver a bleaker message tonight as he delays the country’s ‘Freedom Day’ from June 21 to July 19, as is predicted.

It is hoped that delaying the day we become a restriction-free country will give the NHS time to fully vaccinate enough people so rising cases do not cause even more hospitalisations and deaths.

The Prime Minister will announce his plans for ‘Freedom Day’ at a Downing Street press conference at 6pm tonight.