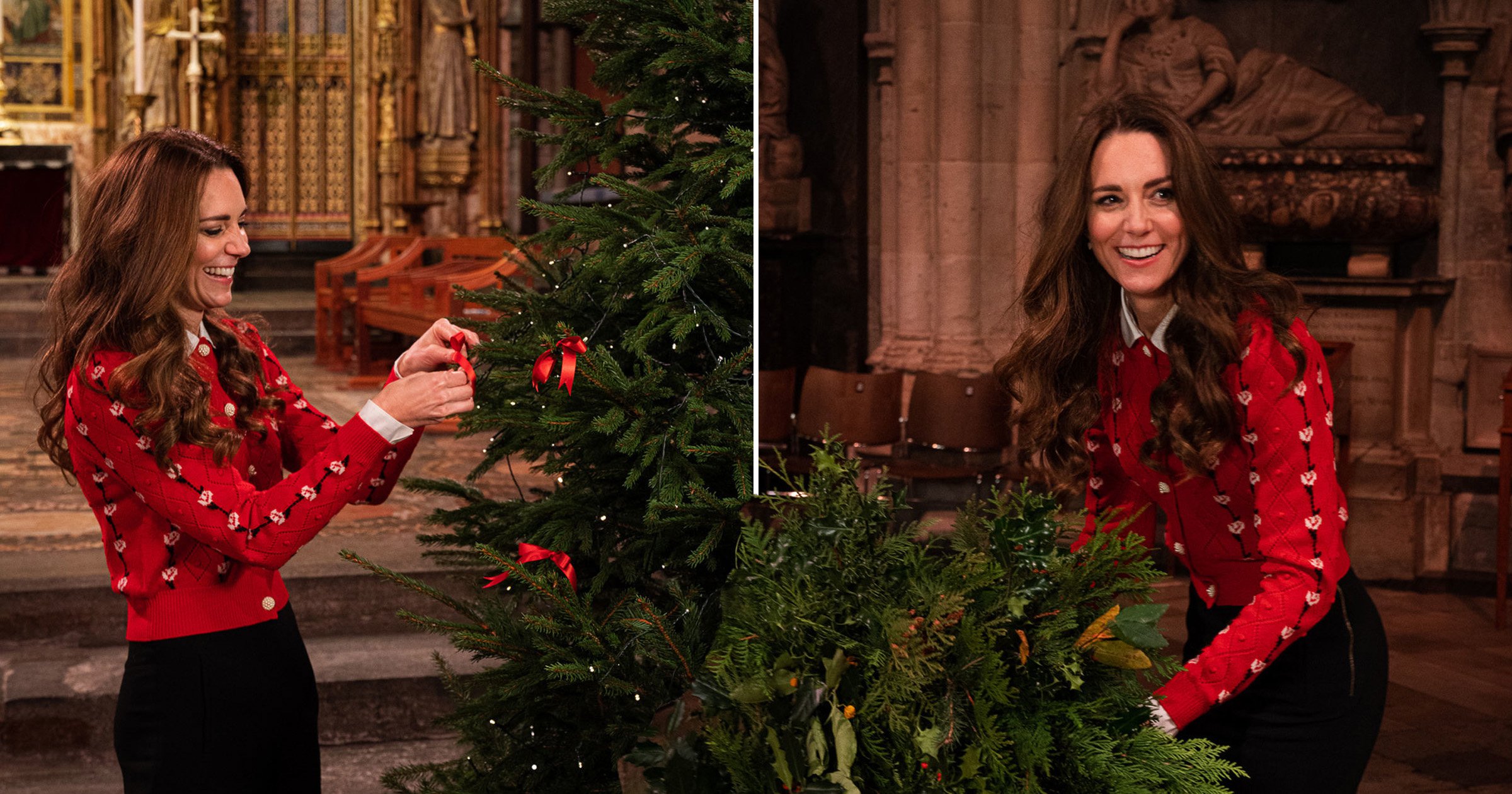 Kate Middleton paid tribute to the ‘inspirational’ heroes of the Covid pandemic as she introduced a community carol service at Westminster Abbey.

Wearing a festive jumper, the Duchess of Cambridge was seen adorning trees donated by the Queen from Windsor Great Park with red ribbons.

She also arranged wreaths provided by the Royal Horticultural Society at the church in central London.

In a recorded introduction to the service, Kate said the country had been through ‘such a bleak time’ and faced ‘many challenges’.

People have lost loved ones, and frontline workers have been under ‘immense pressure’, she added.

Kate said she and her husband Prince William ‘wanted to say a huge thank you to all those amazing people out there who have supported their communities’.

She added: ‘We also wanted to recognise those whose struggles perhaps have been less visible too.’

The Duchess added that while people have been forced to stay apart, this has helped people realise ‘how much we need each other’ and the importance of acts of kindness.

She praised the ‘many inspirational individuals’ within the congregation at her community carol service.

The concert was attended by those recognised as unsung heroes for their community work, and said they were owed ‘a huge debt of gratitude’.

Led by the Duchess, and supported by The Royal Foundation, the service was attended by those Kate and William had spent time with during recent engagements.

They were also joined by members of the Armed Forces involved in Operation Pitting – the evacuation of Brits and eligible Afghans after the Taliban’s takeover.

Young carers, faith leaders and those who may have been more vulnerable or isolated during the pandemic were also among the crowd.

The service took place at Westminster Abbey on December 8 and will air as Royal Carols: Together At Christmas at 7.30pm on Christmas Eve on ITV.

It will showcase music from the Westminster Abbey choir, as well as featuring performances from Leona Lewis, Ellie Goulding and Tom Walker, who performed his Christmas single For Those Who Can’t Be Here.

It also features readings from the Duke of Cambridge, British Paralympian and junior doctor Kim Daybell, actor Tom Felton and presenter Kate Garraway, in addition to a performance of To The Day, a composition written for the service by poet and writer Lemn Sissay.