Wimbledon fortnight commenced on Monday, marking the beginning of one of Kate, Duchess of Cambridge’s favourite times of year. Kate is a regular attendee of the annual tournament and is often spotted enjoying the matches from Centre Court’s royal box. While it is unknown whether the duchess will be in attendance this year, many suspect that the future queen will make an appearance as she rarely misses the event.

However, last year, her visit to Wimbledon came to an abrupt end after she received an unexpected alert.

Kate was rushed out of Wimbledon after she was told she had been in close contact with someone who had tested positive for COVID-19.

The duchess was pictured checking her mobile phone in the venue as she sat alongside other royals and VIPs in the box.

At the time, the rules meant anybody who had been in close contact with a case had to go into self-isolation. 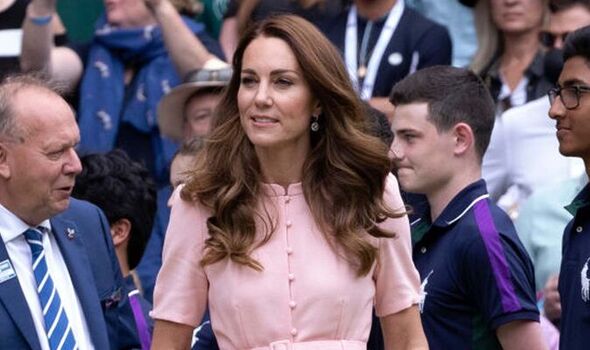 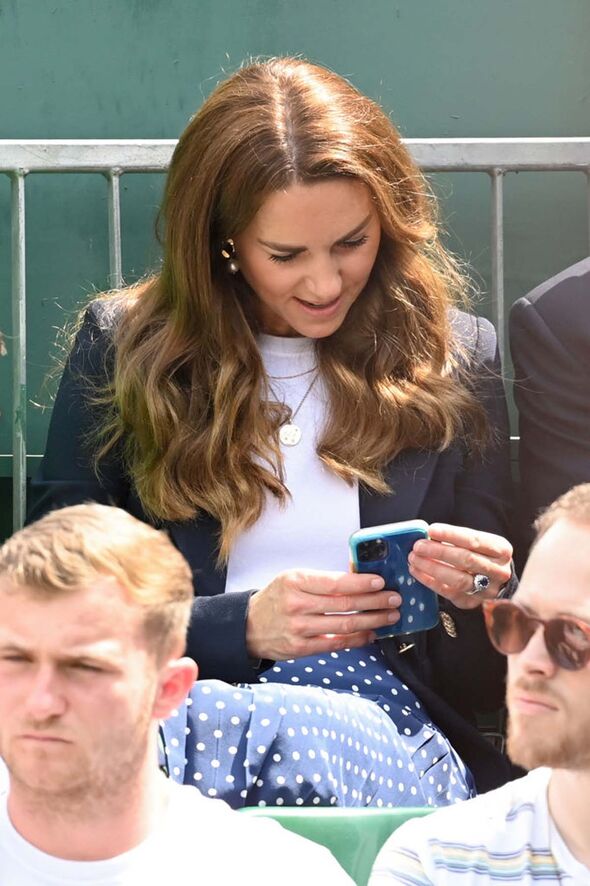 So, as a result, the duchess swiftly left her seat next, where she had been eagerly cheering on the British number one Dan Evans as he started his Wimbledon 2021 journey.

Kate immediately headed home to Kensington Palace to isolate for 10 days. At this point, she had received her coronavirus vaccine and it is understood she tested negative for the virus.

A spokesperson for Kensington Palace confirmed: “Last week the Duchess of Cambridge came into contact with someone who has subsequently tested positive for COVID-19.

“Her Royal Highness is not experiencing any symptoms, but is following all relevant Government guidelines and is self-isolating at home.”

While the duchess was forced to miss some engagements during the week, she was out of isolation in time to return to Wimbledon for the ladies’ final, which saw Ashleigh Barty take the title. 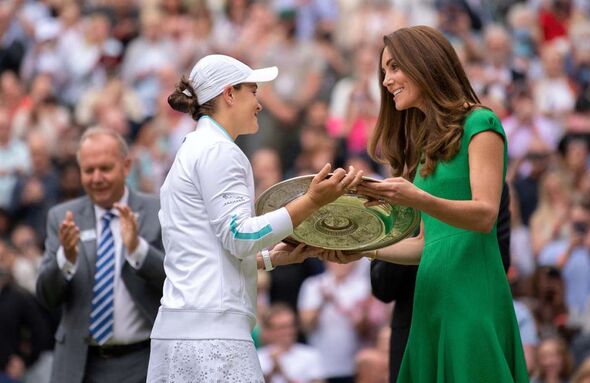 Kate also made an appearance at the club the next day for the men’s final, won by Novak Djokovic, before she paid a trip to Wembley for England’s Euro 2020 final against Italy.

Now, the rules surrounding coronavirus have changed, meaning Kate is unlikely to miss the sports event of the summer for the same reason.

As per typical royal protocol during Wimbledon, the duchess is likely to only announce her attendance the previous day or the day of their arrival.

It does seem likely Kate will attend the Championships this year, as not only do she and her family clearly enjoy the event, she is patron of the All England Lawn Tennis Club, having taken over the role from the Queen back in 2016.

Kate sat down for an interview about Wimbledon for the 2017 BBC documentary ‘Sue Barker: Our Wimbledon’.

She told Ms Barker watching Wimbledon “was very much part of my growing up.”

The duchess added: “It’s such a quintessential part of the English summer, and I think it really inspires youngsters, myself, it inspired me, when I was younger to get involved in the game.”

Kate also praised its timelessness, saying: “It hasn’t changed either, I think that’s what’s so wonderful.” 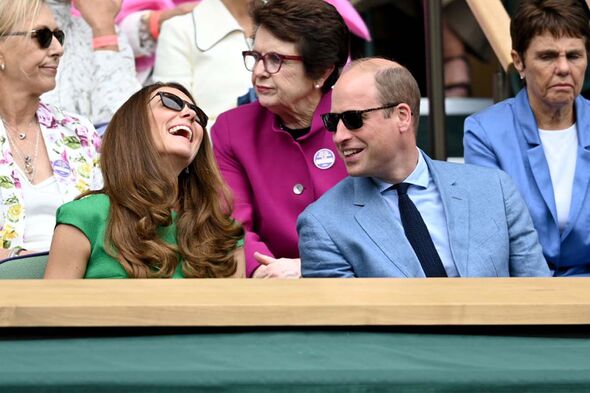 During the documentary, Kate also opened up on another time she was forced to miss the tournament.

She explained due to her first pregnancy, she was advised not to attend the tournament in 2013 when Andy Murray became the first British man to win the men’s final in 77 years.

She said: “I was very heavily pregnant with George so I wasn’t able to turn up. But even still, I sort of was there… ‘Maybe I could go’, but the doctors were like ‘definitely not’.

“But I wrote to him [Andy Murray] afterwards saying, ‘Sorry for not being there, but huge congratulations.’”

The Duke and Duchess of Cambridge welcomed their first child, Prince George, on 22 July, just a few weeks after Andy’s historic victory.