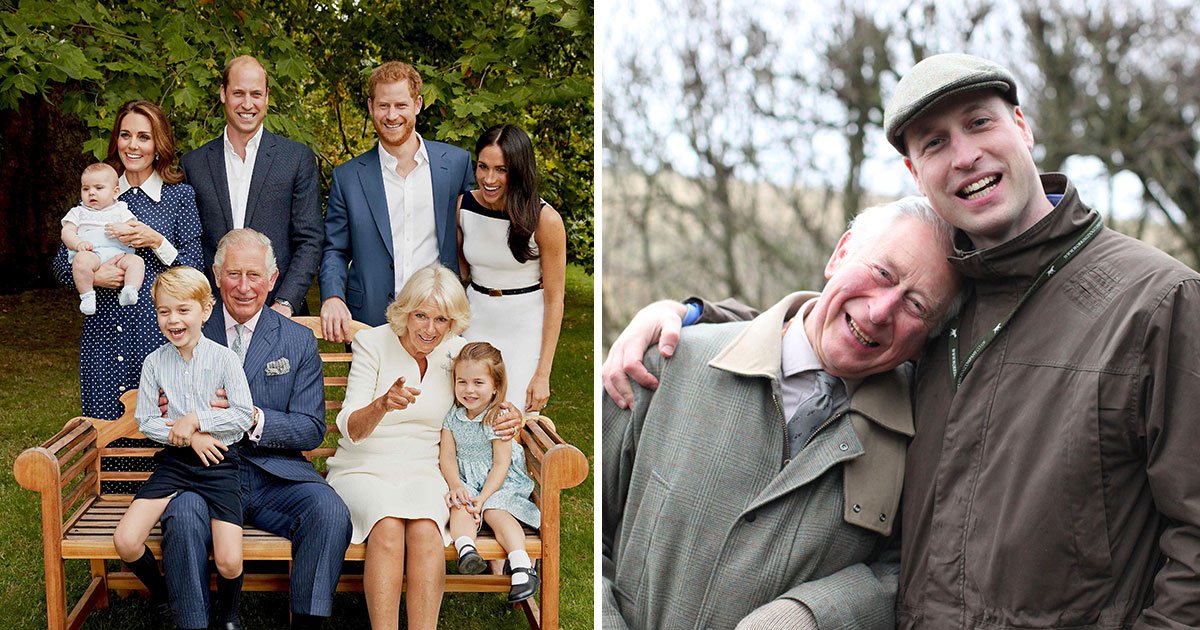 The Duchess of Cambridge, 39, is said to have been responsible for organising the family portrait to mark her father-in-law’s 70th birthday in 2018.

Three generations of the Royal Family including Prince Harry and Meghan Markle can be seen beaming in the snap.

They united for the photo amid claims Charles had been unhappy about the amount of time he spent with the Cambridges – whose Norfolk residence, Anmer Hall, is four hours away from the future King and wife Camilla’s Gloucestershire home, Highgrove House.

An aide of Prince William, 38, apparently said he was ‘not doing anything more for his father’ when the Duke was asked to appear in a TV programme celebrating Charles’s work for the Duchy of Cornwall, the Daily Mail claims.

And William was also said to be displeased when his father issued an official photo of himself with his children George, seven, Charlotte, five and two-year-old Louis in the background.

The Duke is also said to have expressed concerns after Charles told reporters how the gardens in Highgrove had been turned into a ‘toddler’s paradise’ for George, then two.

But the once-frosty relationship between the father and son thawed thanks to Kate’s intervention, it has been suggested.

William revealed in a previous interview: ‘I would like him to have more time with the children… to, you know, play around with the grandchildren.

‘When he’s there, he’s brilliant, but we need him there as much as possible.’

Now Charles is said to be increasingly seeking William’s opinion as the father and son spend more time side by side.

‘He realises that his own reign will be a shorter one than his son’s, and therefore it is crucial that William is involved in all long-term planning.

‘They have been spending more time together and are much more aligned.

‘Both are more comfortable in their own skin – and with each other.’

Another royal insider reportedly told Vanity Fair how Charles and William’s relationship is ‘solid and strong’ and ‘built on love and affection’.

Charles and William also appeared in another historic photo with the Queen and Prince George, showing four generations of the Royal Family mixing Christmas puddings for charity last December.