Kate, Duchess of Cambridge and Prince William have tentatively returned to their royal duties now. While they have begun making physical appearances around the country, they have continued virtual meet-ups where necessary. They combined both and met some of their virtual attendees in person today, with some interesting remarks and revelations.

During the lockdown, the Duke and Duchess virtually took command of a bingo session with residents from Cardiff-based Shire Hall Care Home.

At the time, the residents had some choice words for the couple, as 87-year-old Joan Drew-Smith said their performance “wasn’t as good as it should have been”.

She met the couple in person today as they toured Wales, and ramped up her criticism for the occasion.

Greeting her, the Duke of Cambridge said: “Hello Joan, do you remember we did the bingo with you? You said we weren’t very good!” 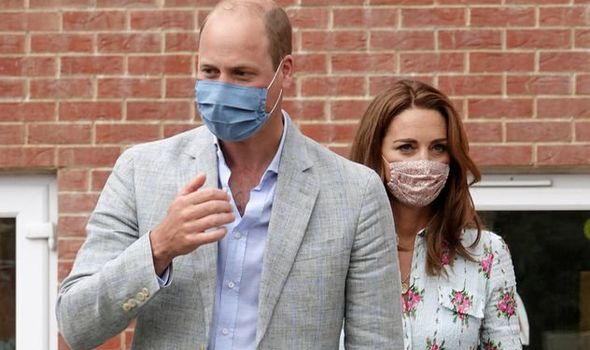 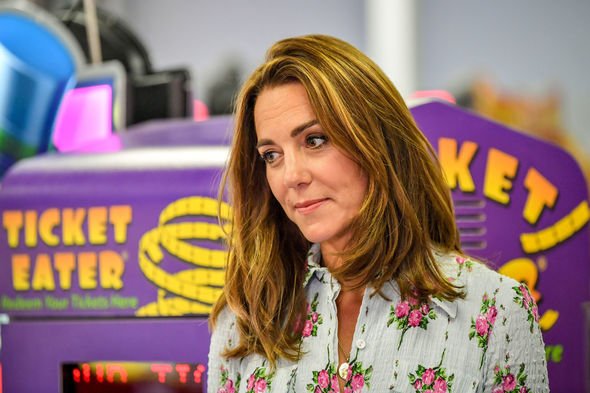 She clapped back with a cheeky reply, saying: “Yes, you did a bloody shi**y job.”

Prince William replied saying: “Excellent. Was is that bad? Was it the worse you’ve ever seen?”

The resident then pointed to the Duchess of Cambridge and asked Prince William if she was “your assistant?”. 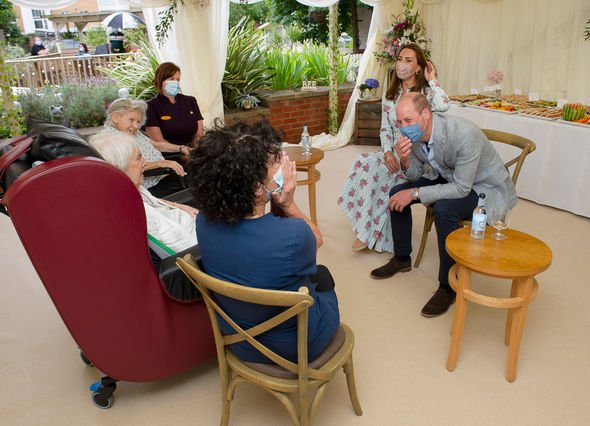 The question prompted laughter from the duchess, who said she had been for some time.

She said: “Well I am your assistant, I have been for a long time!”

The meeting took place in a marquee with some afternoon tea, where the Duke and Duchess revealed their approval of the feisty pensioner.

The duke told staff: “I love Joan, she’s brilliant. If only everyone was as honest as her.”

Today’s meeting was part of a wider tour around Wales, which also incorporated an incognito trip to the Barry island.

The visit, which saw the couple enjoy a few games at an arcade which featured in television series Gavin and Stacy, went unannounced as per new protocol.

As they readjust to post-coronavirus life, royals have opted not to inform the public of their prospective duties.

The new rule hopes to prevent crowds from building up where they visit. 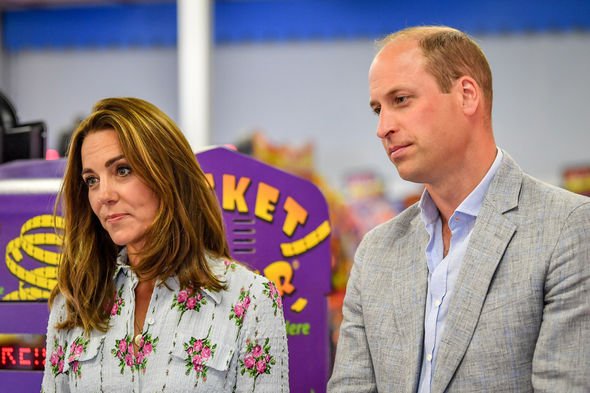 Nevertheless, residents crowded the couple on their visit to Barry Island, which fell among their first joint engagements following the coronavirus pandemic.

Although it had been some time since they last visited, Prince William still had a magic touch with the locals.

Local businessman Andrew Phillips, who owns the arcade they played in said they chatted about football and coronavirus safety.

He said: “We had a chat about Aston Villa and football. I told him I was a Liverpool fan and he congratulated me on the Premier League win.”