The Duke and Duchess of Cambridge’s main residence in London boasts over 20 rooms including five reception rooms, three bedrooms and, a day and night nursery for their three children. But the Cambridges had to desert their lavish city home due to the coronavirus pandemic.

The royal couple have been staying at Anmer Hall in Norfolk since March with their children Prince George, Princess Charlotte and Prince Louis.

They normally spend the majority of their time at Kensington Palace.

From the royal insight, the Duke and Duchess have a mixture of antique and modern furniture in the Kensington residence.

One of the Duchess’ marble lamps costs £900 and sits on an oak side table. 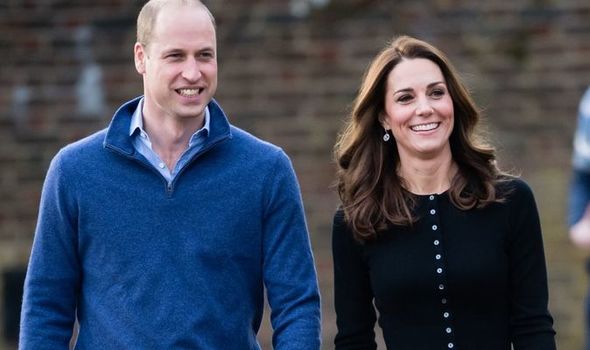 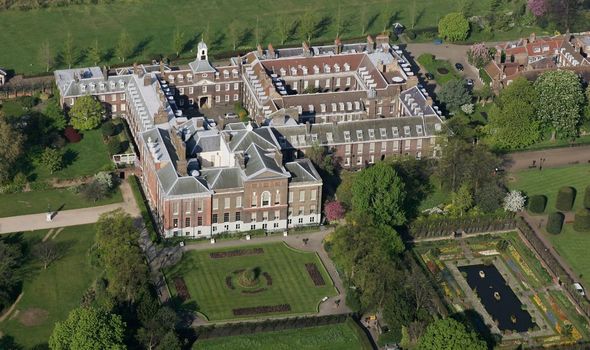 The lamp was created by the high-end brand Vaughan Designs.

It features intricate feather carvings and a traditional fanned shade.

The four-story palace is also home to paintings from the Royal Collection and has floor-length green curtains which stand out against the neutral furniture. 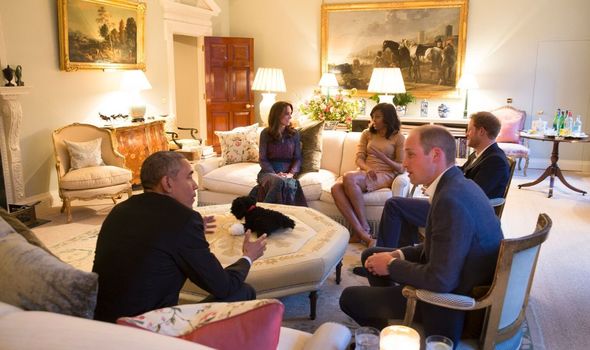 In 2013, the Cambridges reportedly spent £3million on renovating Apartment 1A.

This was used as office space after Princess Margaret passed away.

The Duke and Duchess of Cambridge rarely share photographs from inside their main residence in London.

But over the years, the public have been treated with some rare glimpses inside the luxurious palace. 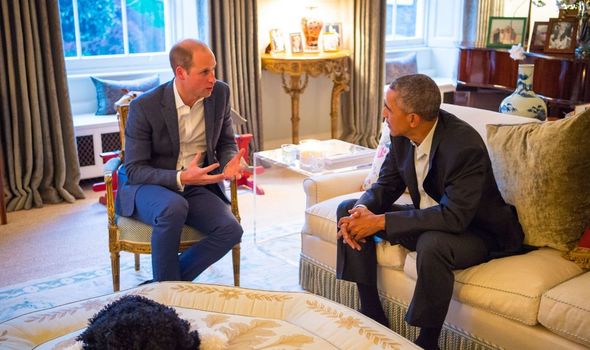 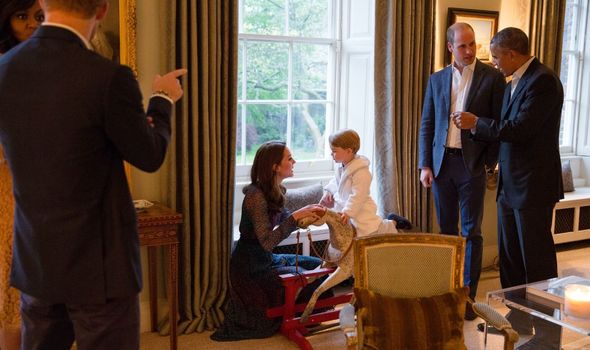 The royal couple hosted President Obama and his wife Michelle to their London home in 2016.

The US visitors were seen to join the Cambridges in their living room.

During their visit, the Obamas gave Prince George his own bespoke rocking horse.

The Victorian-inspired toy was made by the American toymaker Jackie Wilson.

It is reportedly estimated to have cost £1,100.

The Duke and Duchess of Cambridge treated the public to a glimpse inside their separate offices at Kensington Palace earlier this year.

A source told Fabulous magazine: “The comfy pink club chair in Kate’s study is placed near her window seats, which are above the covered radiator pipes. 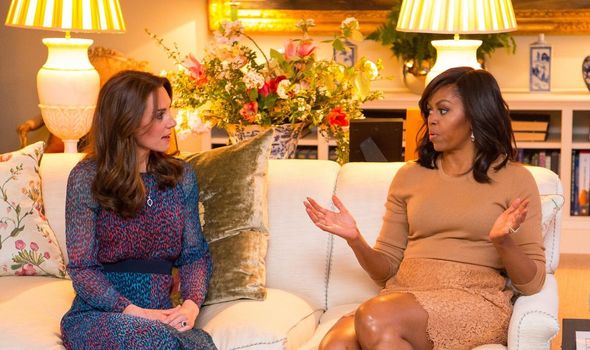 “They have made-to-measure cushioning for visitors and the children after school who watch mummy at work.”

Prince William’s office is decorated differently with a black office chair and a printer on his wooden desk.

His antique office desk is paired with the same green curtains as seen in the couple’s living room.