They paid tribute to Philip, who died on April 9 aged 99, with a three-cheers salute.

Group Captain Al Lewis said: “It was a really unique experience and the cadets only found out an hour before they arrived. It was wonderful for [the couple] to see the legacy.”

The couple were dressed in dark clothing as the family continued two weeks’ mourning.

While the engagement was specially chosen to honour Philip, they were upbeat as they joked and toured the base.

Kate tried her hand at a flight simulator, gamely leaping into the cockpit, while William said: “This is going to be interesting.”

William, who learnt to fly with the RAF and piloted search and rescue helicopters, watched as his wife took the controls. 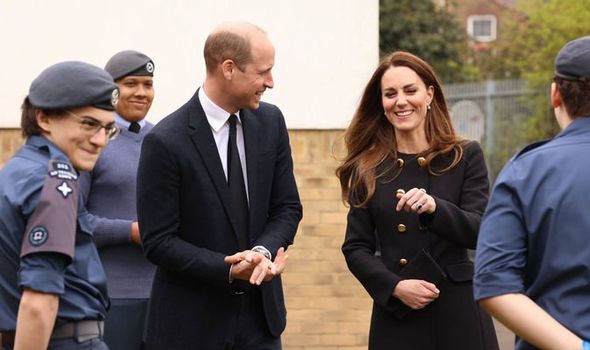 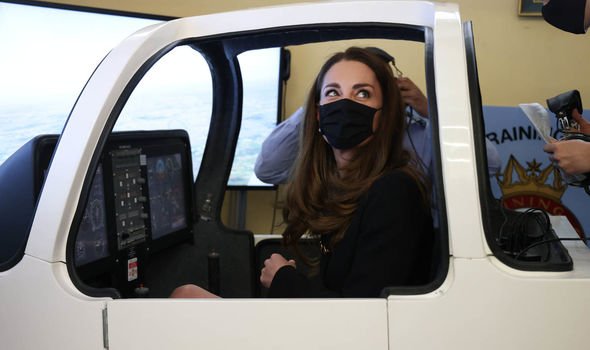 Kate joked with William as she clambered into the simulator and wore a headset with a microphone attached.

She was talked through the controls of the Grob tutor, a light aircraft that thousands of cadets use each year for air experience flights.

The couple appeared to enjoy the visit, laughing with the cadets, and chatting with a group of serving RAF officers who were previously cadets.

They also heard how being a member of the cadets and taking part in activities, including The Duke of Edinburgh’s Award, had helped them with their careers.

Group Capt Lewis said: “I spoke to William about flying. He said he was very keen to try to keep his flying hours up. He clearly misses flying professionally.

“It was interesting to see the Duchess get in the simulator instead of him. She did very well. He was goading her to say, ‘well it’s not as easy as it seems’.”