In December and January huge bushfires broke out across Australia causing death and huge environmental damage. Among the areas hit was Kangaroo Island in the state of South Australia.

Two people were killed as fires raged out of control eventually hitting about half the island.

William and Kate had been due to visit bushfire hit areas of Australia but this was called off due to the coronavirus pandemic.

Instead the couple used a video conferencing app to express their sympathy to island residents and emergency workers.

Kate described the fires in December and January as “so sad” whilst William said it was “fantastic to hear about the community spirit” of the locals. 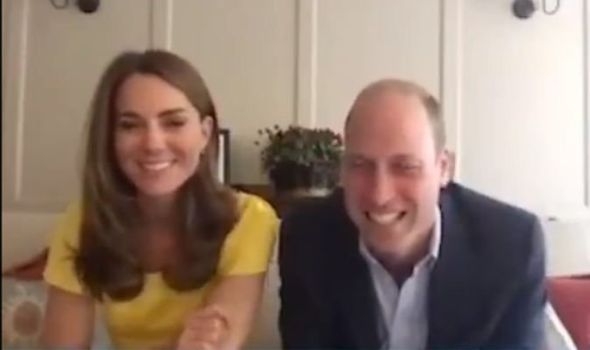 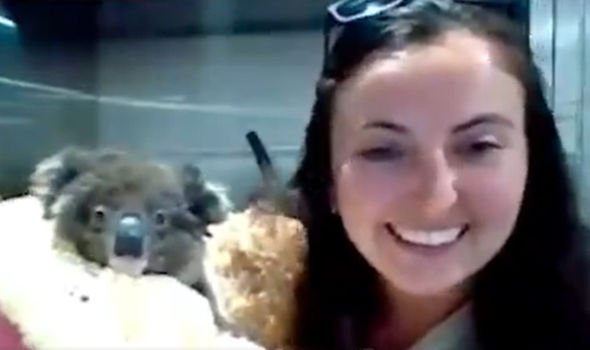 The prince added: “Aussies are always looking out for each other and it’s fantastic to see you’re all pulling together.”

Around 96 percent of Flinders Chase National Park, situated on Kangaroo Island, was hit by the inferno.

At one point the royal couple were introduced to Grace, a koala, by Dana Mitchell from the Kangaroo Island Wildlife Park.

Prince William commented: “She looks very well looked after I have to say — Grace looks like she has a very nice life there.” 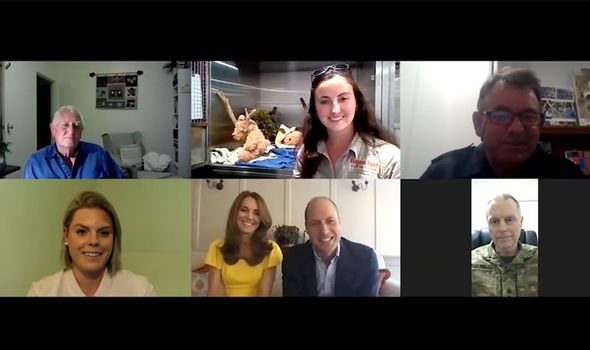 Ms Mitchell replied: “She’s gaining weight pretty well and loves her bottle, and pretty much just sleeps all the time.”

An estimated 30,000 koalas, along with 100,000 sheep, were killed during the bushfires on Kangaroo Island.

Wildlife was severely hit across the country in response to which the Australian government provided $50million (£28million) of additional support.

One of those who participated in the call was Steph Wurst, who lost her home in the inferno. 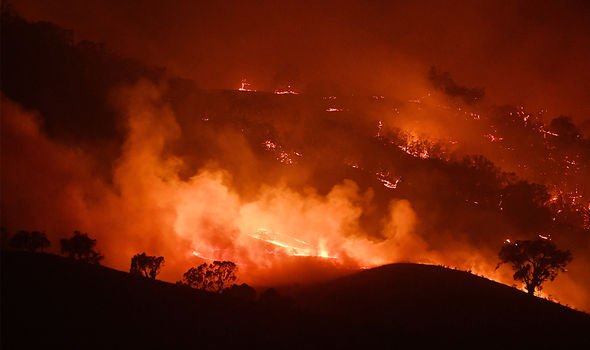 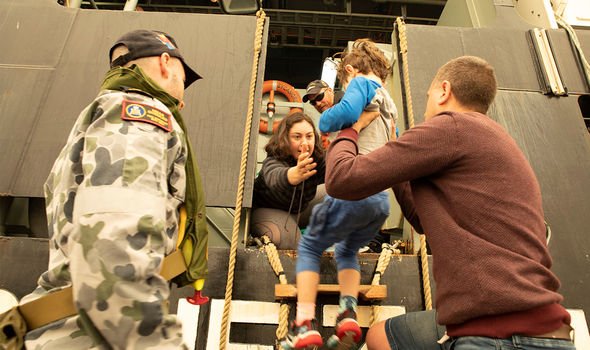 Speaking to ABC News she said: “To speak with them — it was an amazing experience, quite surreal actually, but such an honour and privilege.

“I admit I did get a little bit tongue-tied but they’re so natural and down-to-earth it wasn’t long before we were all in a pretty relaxed conversation.

“One thing that stands out is that Catherine said she wanted to come over to our island and taste the Kangaroo Island honey so I hope maybe one day we might see her here.

“It’s such a big boost for our local community, to know that the Duke and Duchess of Cambridge care about us, genuinely care about us and our recovery. It really means a lot to us.

“We had a few days to prepare prior to the call, and we also had to keep it under wraps for the last few days as well … we all kept it very quiet.”

More than 3,500 homes were destroyed whilst 34 people died directly and another 417 were killed by smoke inhalation. 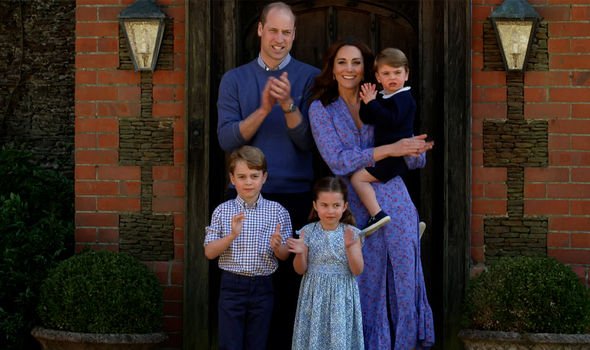 William and Kate spent lockdown in Anmber Hall, Norfolk, with their three children.

The family moved out of Kensington Palace shortly before the national lockdown was imposed.

Prince Charles was diagnosed with COVID-19 but only suffered mild symptoms and made a full recovery.