Queen: Expert on whether monarch ‘sympathises’ with UK public

Kate and William delighted frontline workers and boosted national morale when they toured Britain on the Royal Train last month. Some criticised them for partaking in non-essential travel as the rest of the population grappled with coronavirus restrictions. But the true gravity of the situation, particularly in Scotland, was only revealed this week.

A Freedom of Information request showed John Somers, principal private secretary to First Minister Nicola Sturgeon, had warned the royals about the impact of their tour.

In November, he emailed the royal household and said: “You’ll know that we are currently asking people in Scotland to avoid unnecessary travel from local authority to local authority and to keep journeys within the area they live to an absolute minimum.”

He added that he had “anxiety” over the “practical aspects” of their tour and how travel restrictions would impact their journey.

He concluded: “At the moment the chances of the tour having to be postponed are potentially quite high.”

The head of cabinet, parliament and governance James Hynd also warned the royals about the “major impact” of their tour — but it went ahead anyway. 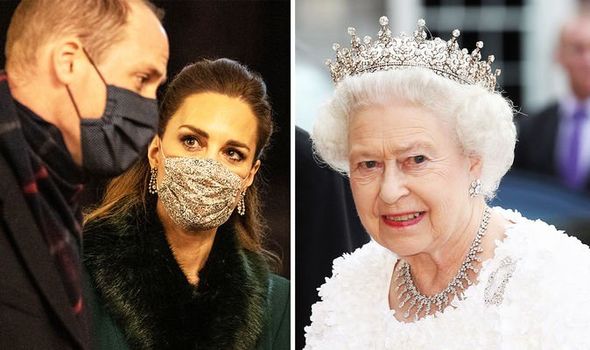 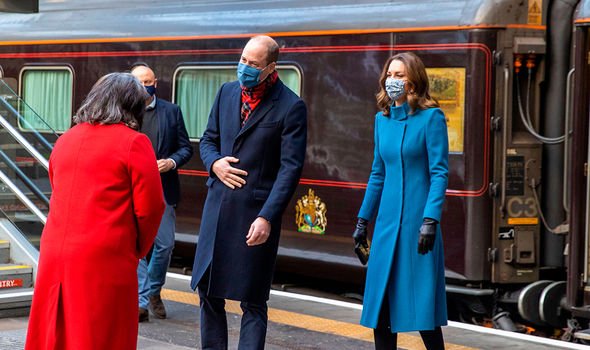 In response to the leaked emails, the Palace said: “The Duke and Duchess were travelling for work purposes and all rules were fully adhered to.

“The trip was planned in consultation with the UK, Scottish and Welsh Governments.”

Even so, the Duke and Duchess of Cambridge are being accused of breaching ministerial advice in the middle of a national health crisis.

At the time of their tour, lockdown restrictions meant it was illegal to travel between England and Scotland without a valid reason — with the exception of travelling for work or to provide charitable services.

In contrast, the Queen is unable to sidestep advice from any UK Government in her role as sovereign. 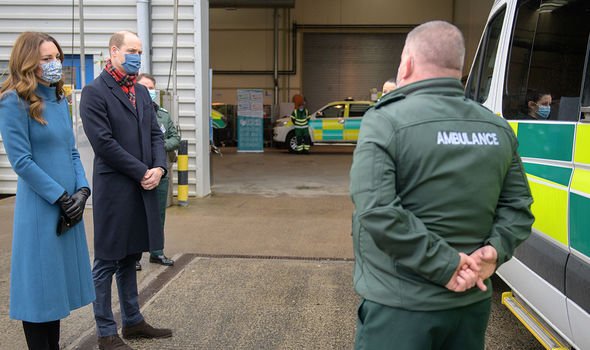 As the official Parliament website explained, the monarch can only override her ministers in a time of “constitutional crisis”.

The website reads: “The Queen’s constitutional prerogatives are the personal discretionary powers which remain in the Sovereign’s hands.

“They include the rights to advise, encourage and warn ministers in private; to appoint the Prime Minister and other ministers; to assent to legislation; to prorogue or to dissolve Parliament; and (in grave constitutional crisis) to act contrary to or without ministerial advice.

“In ordinary circumstances the Queen, as a constitutional monarch, accepts ministerial advice about the use of these powers if it is available, whether she personally agrees with that advice or not.

“That constitutional position ensures that ministers take responsibility for the use of the powers.” 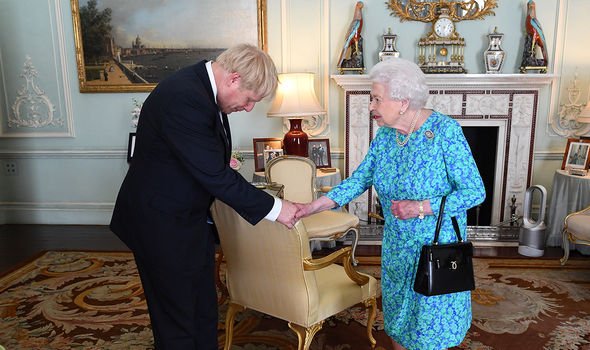 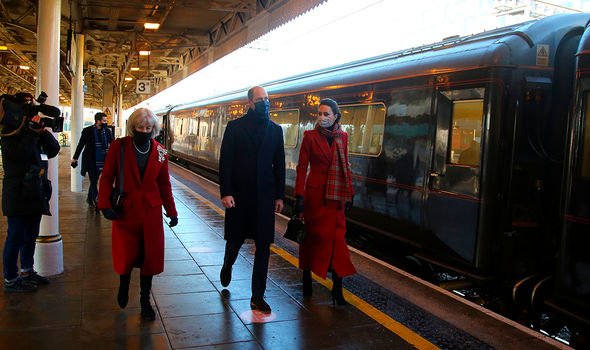 There is no precedent for the sovereign doing so in modern times so a “constitutional crisis” is yet to be defined.

Some Remainers pleaded for the Queen to interfere following the EU referendum in 2016 after 52 percent of the country voted to leave the trading bloc.

Europhiles claimed the Prime Minister, Boris Johnson, had put the Queen “in an impossible position” in 2019, when he controversially asked to suspend Parliament — giving Remainer MPs less time to prevent Brexit.

When she approved of his request, the sovereign faced a storm of fury online from pro-EU accounts who even called for the abolition of monarchy.

Writing in The Independent, columnist Rivkah Brown said: “The Queen did exactly what she’s always done: as she’s told. 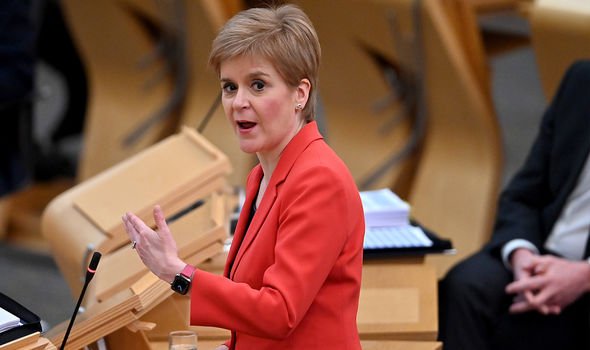 “According to the uncodified conventions of our constitution, the Queen acts on the advice of a prime minister in whom Parliament entrusts executive authority.”

In contrast, Scotland’s First Minister Ms Sturgeon reminded the public that the Cambridges had been advised about their UK tour, when discussing the Royal Train’s journey shortly after it concluded.

Ms Sturgeon said: “The Scottish Government were advised about the intention to visit, and we made sure that the royal household were aware, as you would expect, of the restrictions in place in Scotland so that could inform both the decision and the planning of the visit.”

Then, when the leaked emails were released this week, Edinburgh East MP Tommy Sheppard said: “It’s quite clear that the Scottish Government did everything it could to try and dissuade the Palace from making this trip.

“On the face of it, their decision to ignore this advice and to engage in the public event anyway seems highly irresponsible.”