Meghan and Harry caused a stir after launching their new platform, Archewell, just as their Megxit review looms. The archewell.com website is a replacement for their now defunct venture, Sussex Royal, which had to be dropped after the Queen ruled they could not use the term “royal” in any of their new projects, as they no longer represent her. Archewell pushes for “compassion in action”, and through it’s “non-profit work as well as creative activations” will attempt to drive “systemic cultural change across all communities”.

The Duke and Duchess also included a letter for 2021 where they claim: “We have experienced compassion and kindness from our mothers and strangers alike.”

Harry also implies it is his position as “my mother’s son”, the youngest son of celebrated humanitarian Princess Diana, which led him to “choose to put compassion in action” to “build a better world”.

The couple intend to do this through “one act of compassion at a time”.

However, it is worth pointing out that these values are not new to members of the Royal Family. 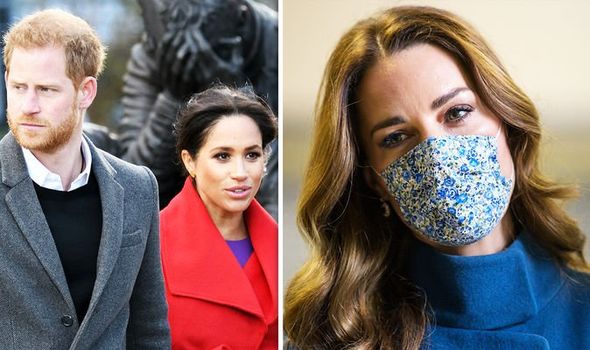 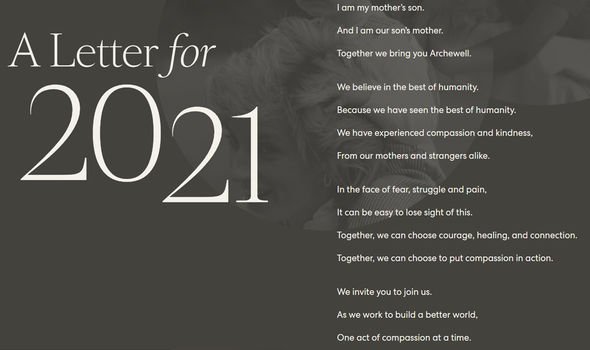 Kate, Duchess of Cambridge, wrote a heartwarming letter to midwives across the country in December 2019 in honour of the International Year of the Nurse and Midwife — which was 2020.

In the letter, Kate explained how she had actually accompanied community midwives on their daily rounds.

She wrote: “No matter the setting, I was continually struck by the compassion that those of you I spent time with showed, and the incredible work ethic you demonstrated on behalf of your entire profession — not only performing your rounds but working tirelessly through the night to support people that were at their most vulnerable.”

She continued: “You don’t ask for praise or for recognition but instead unwaveringly continue your amazing work bringing new life into our world.”

She added that, despite the advancement of modern medicine, “it is the human-to-human relationship and simple acts of kindness that sometimes mean the most”. 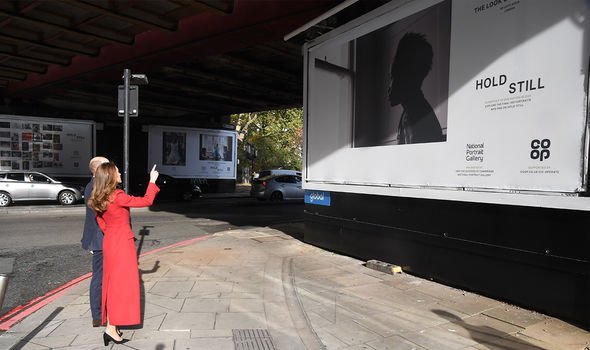 In June, Kate championed the same message when she took a virtual online school assembly via YouTube.

She said: “Small acts of kindness can go such a long way.

“But as we help others, we must not forget to nurture ourselves, by taking the time to focus on the things that make us happy too.”

One of Kate’s significant projects during the pandemic was the ‘Hold Still’ photography competition, which aimed to capture images of Britain during the first lockdown, launched in May.

One of its central themes was “Acts of Kindness”, alongside “Helpers and Heroes” and “Your New Normal”. 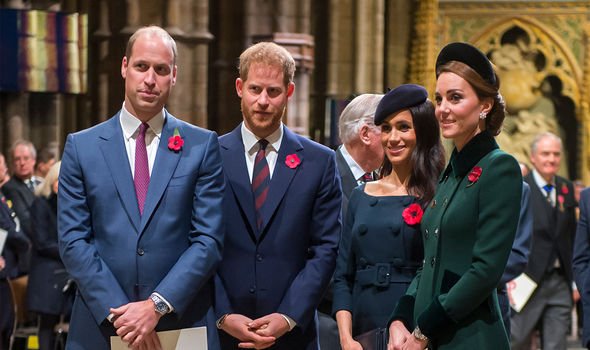 Meghan and Harry first indicated that “compassion” and “kindness” may drive their new initiative back in March when they released a statement to address the difficult start to the pandemic.

On their now defunct social media accounts, they wrote: “We often speak of compassion.

“All of our lives are in some way affected by this, uniting each of us globally.

“How we approach each other and our communities with empathy and kindness is indisputably important right now.” 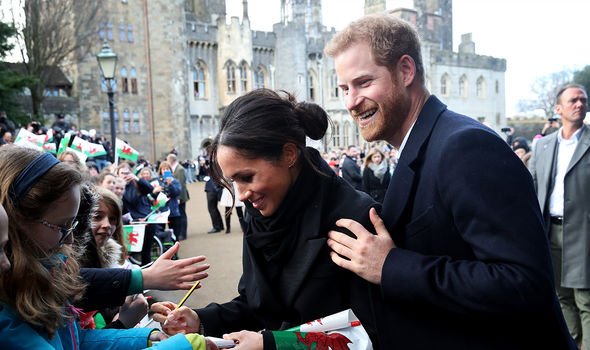 The couple repeated this message in their holiday special episode of Archewell Audio, where Harry said: “As we all know, it’s been a year.

“And we really want to honour the compassion and kindness that has helped so many people get through it.”

Archewell Audio’s episode release is the main release which has come from the former royals since their exit from the Firm.

Sussex fans are eagerly anticipating their future podcast episodes on Spotify, along with their Netflix productions and non-profit work with the Archewell Foundation.