Princess Charlotte’s line to the throne discussed by expert

Usually at Christmas, the Royal Family all go to Sandringham to celebrate with the Queen and adhere to a strict schedule from the moment they arrive to the moment they leave. This year, the Queen cancelled the Sandringham Christmas due to the coronavirus pandemic. Instead, she remained at Windsor Castle, where she quietly celebrated with Prince Philip, and her family had separate festivities in their own homes.

This means they will all miss out on a number of traditions, including going to an 11am church service at St Mary’s Magdalene church on Christmas Day.

Last year, Prince George and Princess Charlotte went to the service for the first time and absolutely stole the show.

They walked the short distance from Sandringham House to the church with their parents, the Duke and Duchess of Cambridge, while Prince Louis was left behind with a nanny, because he was still too young to attend.

Charlotte was a particular star after she was pictured curtseying to the Queen after the service, with royal fans crediting Kate’s excellent parenting skills. 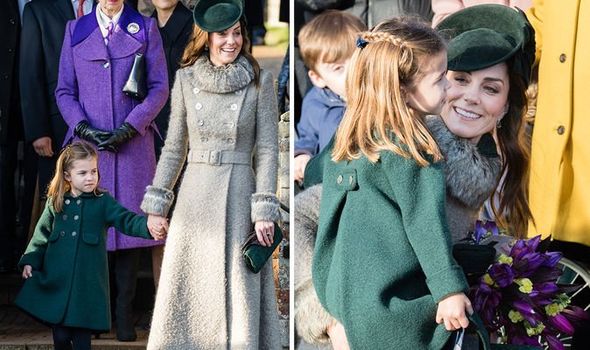 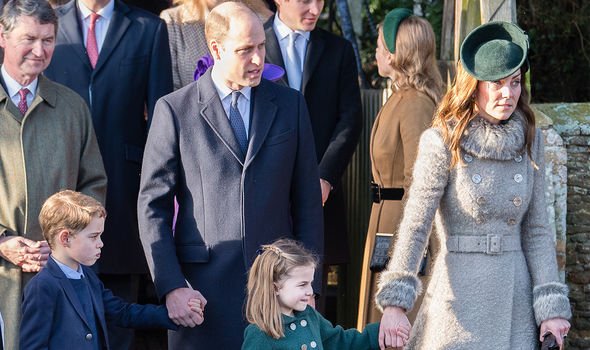 Royal watchers were sent into a social media meltdown after the sweet and confident Charlotte was spotted imitating her mother’s sign of respect as the Queen exited the place of worship and drove off at the end of the service.

Footage shared to Twitter showed Kate crouching down to whisper something to her young daughter, then showed her a curtsy to the Queen, after which Charlotte also bent her legs and held the coat out in an adorable curtsy.

It was uploaded with the caption: “Okay but Charlotte curtsied to the Queen! OMG! So cute!

“Her mumma [did it] first but [then] she did it and she did it like a true princess! 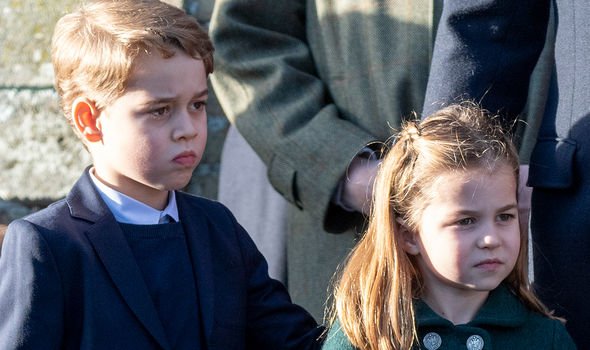 “She held her coast and [curtsied]! So freaking cute!”

Following the upload of this video, members of the public praised Kate’s “excellent” mothering skills, teaching Charlotte to be so “well mannered”.

One royal fan responded to the video, saying: “She is so well mannered.”

Another added: “No doubt due to Kate’s excellent mothering skills, she’s just so cute!” 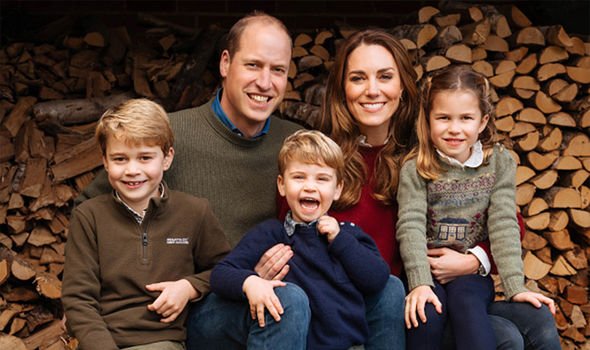 A third social media user said: “[Charlotte] also offered the minister her hand to shake, as they were leaving the church grounds, after seeing her mother do the same!”

Yet another Twitter user commented: “The Duke and Duchess of Cambridge are raising very polite young royal children and it shows.”

One added it had “made their day” and another simply said: “Soooooooo sweet.”

The annual trip to St Mary Magdalene Church is just one of the Christmas traditions the royals will miss out on this year.

They do this the day before Christmas in honour of their German heritage.

Classic joke presents over the years have included a white leather toilet seat from Princess Anne to Prince Charles, a ‘grow your own girlfriend’ kit from Kate, Duchess of Cambridge to Prince Harry, and a shower cap with the phrase ‘Ain’t Life a B****’ on it from Prince Harry to the Queen herself.

The royals also enjoy several black tie dinners over a few days and a shoot on Boxing Day.

Before the Sandringham festivities, the Queen throws a Christmas luncheon at Buckingham Palace a week before.

The Queen typically travels by Royal Train to King’s Lynn in Norfolk and makes sure she arrives first.

However, one tradition the royals have managed to stick to this year is their annual Christmas cards to well-wishers around the world, along with family photos.

Chris Kamara slams European Super League proposal When you subscribe we will use the information you provide to send you these newsletters. Sometimes they’ll include…