The royal couple visited the East End of London, including helping to make bagels in a famous shop on Brick Lane, as well as visiting a local mosque and community centre. During World War Two, the East End was badly hit by the Blitz and the royals saw it as part of their duty to see the people of the East End. The Queen Mother in particular used to visit areas that had been bombed to try and raise morale and show solidarity.

In fact, she and King George VI refused to leave London, even at the height of the Blitz.

She said: “I would not send the children away without me, and I cannot ever leave the King.”

When Buckingham Palace was bombed, the Queen Mother famously said she was “glad” because now she could “look the people of the East End in the eye”.

It was this that made her a focal point for people during the war, a symbol of keeping up spirits despite all the hardship. 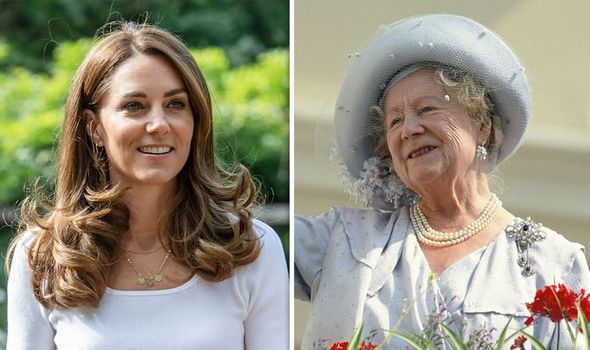 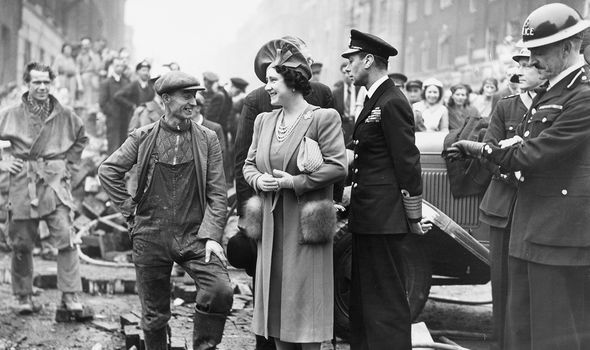 Now, the coronavirus pandemic is arguably the worst crisis the world has seen since World War Two.

Certainly, freedoms have not been curtailed to such an extent in the UK since that time.

Therefore, the Duke and Duchess of Cambridge’s latest trip is a fantastic nod to the work of royals past, making that link between the current situation with Covid-19 and the horrors faced by the war generation. 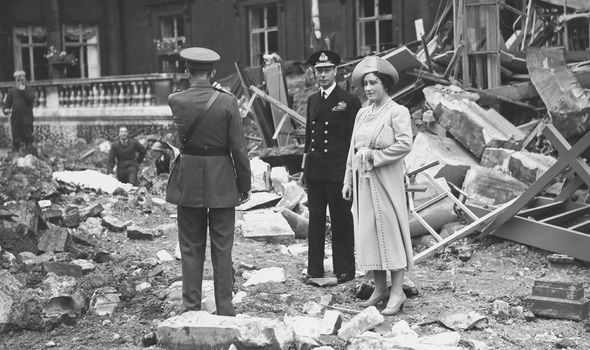 Ms Gripper interviewed royal photographer Ian Vogler for the podcast this week, who reflected on Kate and William’s activity in the East End.

He said: “A couple of weeks ago now the Duke and Duchess of Cambridge paid a visit to the East End of London, which was quite fitting because back in the day the East End, as we know, got terribly hit during the war and the royals really saw it was part of their duty to see the people of the East End.

“And now, after Covid, they’ve gone back on that tradition of seeing the people of the East End.

“They paid a visit to a mosque, the East London Mosque, I went there. 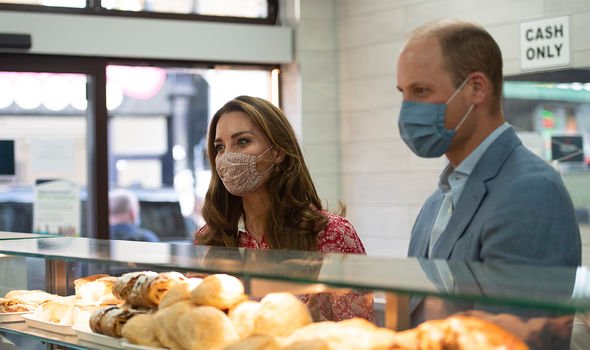 “They visited the community centre there, met people that were involved with food banks mainly from the mosque and spoke to them about the work ‒ they’ve been getting hundreds of people fed basically during the height of lockdown.”

There have been numerous similarities between life during the coronavirus pandemic and World War Two.

Of course, the most heartbreaking of all has been the loss of life ‒ over one million people have died from the virus worldwide.

However, World War Two was the most deadly event in the history of the world, with around 70-85 million people dying in that conflict.

Then there is the economic impact of the virus, in that it has destroyed the livelihoods of millions worldwide.

Prime Minister Boris Johnson has repeatedly used wartime language when addressing the nation, vowing to “win the fight” and “beat the enemy”.

He has even made a direct comparison, saying: “We must act like any wartime government and do whatever it takes to support our economy.”

The Queen Mother, who died in 2002, never got a chance to meet the Duchess of Cambridge, who started dating William in 2003. 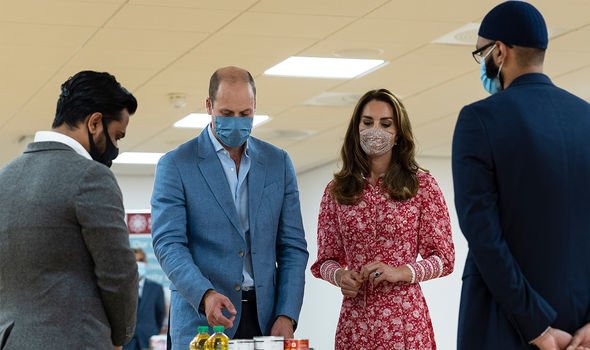 However, both women are extremely popular with the public, with Kate frequently topping the charts on popularity, even beating the Queen herself in a recent survey by the Daily Mirror.

The Queen Mother, in her time, was greatly admired by the British public.

The day Buckingham Palace was bombed, she and the King still visited the East End as planned that afternoon.

In a recently disclosed letter, the Queen Mother spoke to her mother-in-law Queen Mary about how the devastation in the East End affected her.

She wrote: “It does affect me, seeing this terrible and senseless destruction ‒ I think that really I mind it much more than being bombed myself.

“The people are marvellous and full of fight. One could not imagine that life could become so terrible.