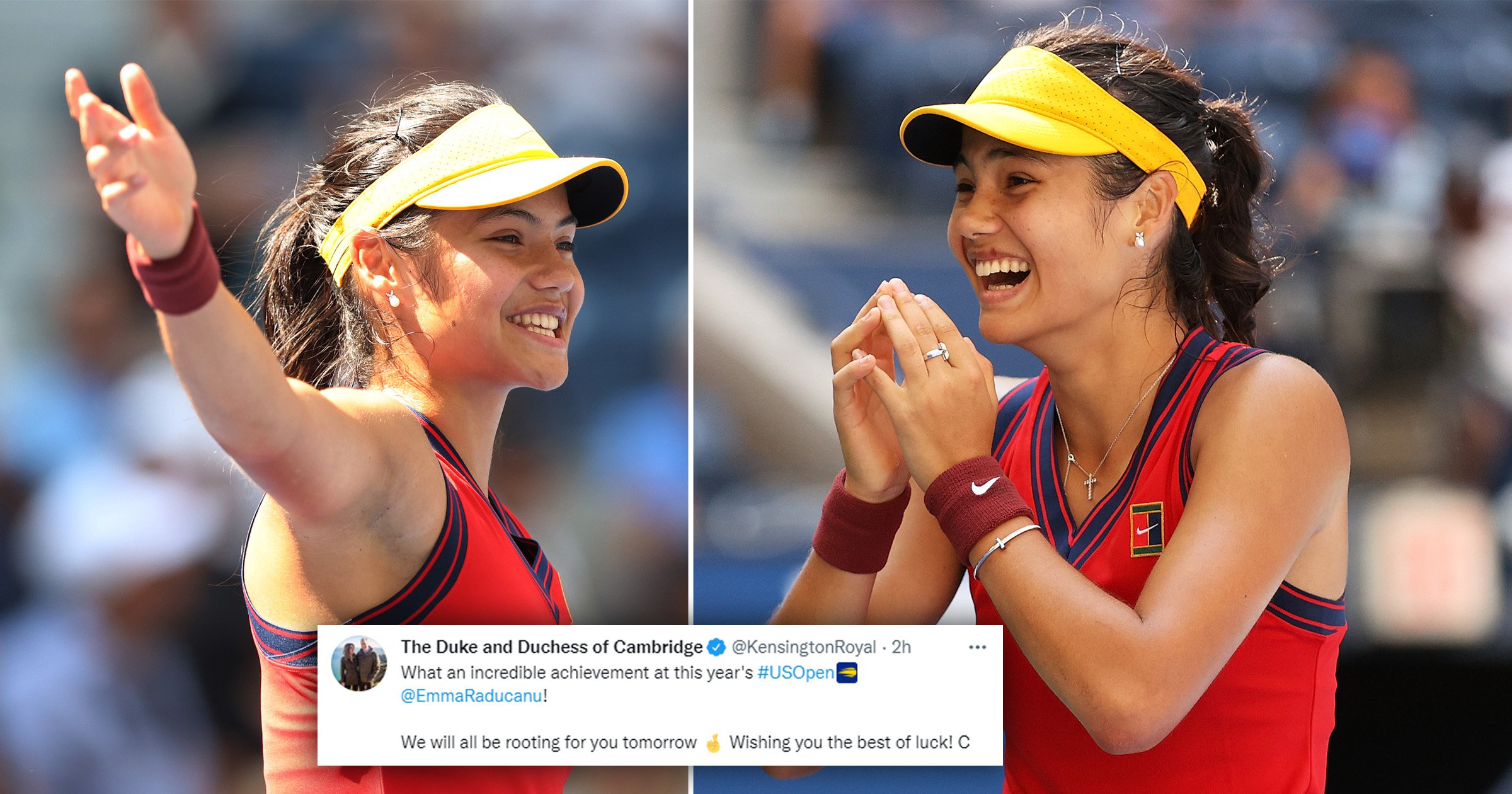 William and Kate will be cheering on Emma Raducanu in the final of the US Open final.

The teenager, 18, was unseeded but has made it to the final two players and will face fellow unseeded teen Leylah Fernandez, from Canada, on Saturday.

If her fairy tale rise continues, she will become the first British woman to win a grand slam singles trophy since 1977, when Virginia Wade won Wimbledon.

The Duchess of Cambridge hailed the ‘incredible achievement’

Kate, a keen tennis fan and patron of the All England Lawn Tennis Club, sent the 18-year-old ‘the best of luck’ ahead of her bid to win the grand slam tournament, which will be held at 9pm British time and can be watched with Amazon Prime Video.

Her messages, sent through the Duke and Duchess of Cambridges’ official Twitter account, comes after Raducanu became the first British woman to reach the final at Flushing Meadows since Virginia Wade won the title 53 years ago, in 1968.

What an incredible achievement at this year’s #USOpen @EmmaRaducanu!

We will all be rooting for you tomorrow ð¤ Wishing you the best of luck! C https://t.co/ceO5TuUEyt

The royal tweet said: ‘What an incredible achievement at this year’s #USOpen @EmmaRaducanu!’

Including a fingers crossed emoji, it continued: ‘We will all be rooting for you tomorrow’, adding: ‘Wishing you the best of luck!’

The tweet was signed off ‘C’, the initial of the duchess’s full name, Catherine.

Prime Minister Boris Johnson also joined in the praise of the young tennis player on Twitter.

He tweeted: ‘Well done @EmmaRaducanu for a brilliant win at the #USOpen. The whole country will be cheering you on in the final.’