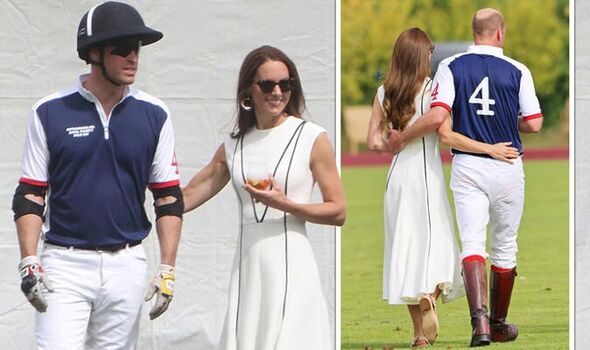 The Duke and Duchess of Cambridge have joined guests for the Royal Charity Polo Cup, which is expected to raise £1 million for charities supported by the couple. Kate was photographed lovingly resting her hand on her husband’s arm as she gazed at him during the match.

William and Kate looked relaxed ahead of the event in Berkshire, just a few miles from Windsor Castle, at the Castle Ground at Guards Polo Club.

A Kensington Palace spokeswoman said the event was expected to raise £1 million for good causes like London’s Air Ambulance Charity, the homeless organisation The Passage and East Anglia’s Children’s Hospices.

Before the players took to the field the duke and duchess were spotted chatting to guests, Kate wearing a flowing dress and her husband casually dressed in shirt and trousers.

William played in the round robin event, with three teams competing for the cup, and will be part of the US Polo Assn team, taking on BP Polo and Monterosso Vikings.

Playing with the duke is James Harper, who has been named captain of the England team for the match against Uruguay for the Coronation Cup at Guards later in July.